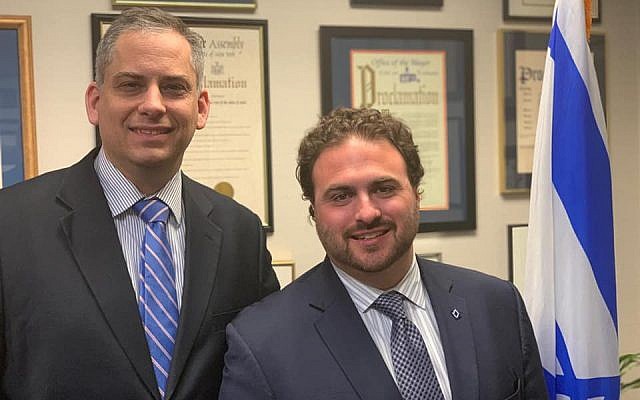 The time is now for us to stand up for Israel because if we don’t, who will? With Anti-Semitism rising throughout the world, I have one question to ask:Where will we (Jewish-Americans) go when the world comes for us again?
Because in case you are living under a rock, it’s starting up again. Over 70 years after the pain of the holocaust, hatred for Jews and Israel is growing to all time highs throughout the world. The time is now to come together to organize and to be ready, willing and able to act to defend our people and our homeland. “No matter the risks. No matter the costs.” That’s what my grandpop always said.
The question is not intended to be complex or political in nature. It’s a simple question with (I think) a simple answer.
We will go to Israel, where we are the majority in a country that is legally and rightfully a Jewish State.
Israel, where we are protected by one of the most powerful military’s and counter intelligence organizations in the world.
Israel, where there is a booming economy that is leading the world in innovation in technology, healthcare and many other industries.
Israel, Where our children don’t have to see painful memories of Nazi Germany when they go to school or when they go to their local Jewish Community Center.
Israel, the only place in the world where we are celebrated for our religion instead of persecuted.
I’m sure you have seen the dramatic uptick in anti-semitism & anti-zionism. It’s creeping into the halls of the United States Congress through Representatives’ Ilhan Omar and Rashida Tlaib blind hatred for Israel and their unwavering support of the Boycott, Divestment and Sanction movement. It’s showing up at the doorsteps of a place of worship in Pittsburgh on a Saturday morning. (May their memories be a blessing.) It’s being displayed on the basketball courts of an elementary school in New York City and on the windows of JCC’s and synagogues around the country.
Enough is enough! So when I hear about Jewish-Americans who don’t support Israel, it makes me sick to my stomach and quite frankly…sad. If we don’t have Israel as a Jewish State then we have nothing. It’s really that simple. That’s why it’s mission critical for Jewish-American to support Israel and to be proud being a modern day zionist.
I don’t think we should focus our efforts on the +50 and over age group. Many of that age group are strong supporters of Israel. We need to focus on the next generation of young Jewish boys and girls. When I say we, I’m talking about Jewish-Americans between the ages of 25-45 years old. Many of us are already in leadership positions in our community.
We need to help the next generation organize shabbat dinners and service projects to help their Jewish community and Israel. We need to recruit the next generation to start serving in leadership positions in the organizations we are involved with and support. Of the utmost importance, we need to get the next generation to Israel or we need to connect them to Israeli-Americans in their community here in America to start developing the deep bond and connection to Israel that is needed.
Am Yisrael Chai. Today, tomorrow and forever. If we don’t stand up for Israel today, there will be no Israel tomorrow. Israel is not a Democrat or Republican issue, or at least, it shouldn’t be. Israel is a Jewish issue. Israel is woven into our DNA as Jewish-Americans. L’dor v’dor.
About the Author
Bryan E. Leib is a Philadelphia native, he is a Jewish Voices for Trump Coalition Member and a former U.S. Congressional Candidate in 2018 for PA-03.  He is the Chairman of HaShevet and he has served on the boards of the National Museum of American Jewish History, United Way, Jewish National Fund, Jewish Business Network and the Camden Youth Soccer Club. He tweets at @Bryan_E_Leib
Related Topics
Related Posts
Comments