I wish  I had a hotline to Rupert Goold, the creative director of London’s Almeida Theatre, or to Robert Icke, the director of “The Doctor,” its recent scorching hit that had a West End transfer and is shortly going on tour.

If so, I would ask them why, in light of her well-documented, high-profile campaigning against the planet’s only Jewish state, the actor Juliet Stevenson was considered appropriate to play “Jewish doctor, Ruth Wolff” in this production.

Though obviously a talented actor, Ms Stevenson is widely perceived by a majority of British Jews and those opposed to anti-Jewish racism as problematic due to her leading role in anti-Israel activism. It should also be noted that the campaign with which Ms Stevenson is closely associated has expressed opposition to the Jewish homeland in terms defined as “antisemitic” under the International Holocaust Remembrance Alliance’s widely accepted definition of modern antisemitism. 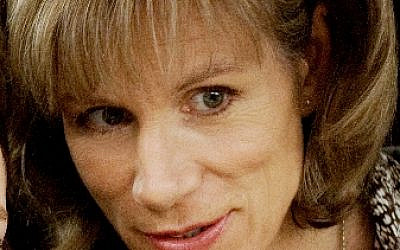 Ms Stevenson is currently playing another Jewish role as “therapist Helena Goldberg” in the ITV comedy-drama “Professor T.” That character’s “ethnicity,” however, appears irrelevant – unlike the character she plays in “The Doctor.” There the exquisite irony is not just casting Ms Stevenson as a Jewish character, but that the play, “The Doctor,” is an adaptation of “Professor Bernhardi,” Arthur Schnitzler’s work written to expose “devastating” contemporaneous Viennese antisemitism.

Thus, Ms Stevenson, who everyone opposed to anti-Jewish racism considers to be a leading anti-Zionist – which as recent political history shows has a tendency to turn into antisemitism –  is playing a Jewish character in a play originally written to highlight antisemitism…

Setting aside the obvious hypocrisy of an actor even wanting to play a Jewish character when he or she is so active in a campaign opposed to the existence of a Jewish state – I would ask pioneering anti-Zionist Vanessa Redgrave the same question for taking the 1980 role of Holocaust victim Fania Fenelon in “Playing For Time” – I must again ask the Almeida creatives why Ms Stevenson, with her high-profile role in activism against the Jewish state, was considered appropriate to play a Jewish woman in a play exploring antisemitism?