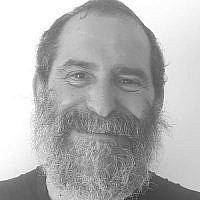 With these words, we learn of the end of an era, and the beginnings of a new one. For 40 years, an entire generation, Moses has served as the Leader of the Nation of Israel. He is forever known as “Moshe Rabeinu”, Moshe our Rebbe. Needless to say, the Nation of Israel can be a very challenging Nation to lead. Just ask anyone who has served in that capacity throughout our history. And here we have the individual, close to the age of 120, having totally devoted his life to his Brethern, being told once and for all that he will in fact not be able to finalize his life’s dream of bringing the Nation of Israel into the Promised Land. Not even his son will be his replacement. Instead, Joshua, his loyal student will be given that responsibility.

Different types of leadership are expressed in this week’s Torah portion. The very namesake of the Torah portion, Pinkhas, refers to the zealousness of an activist who does the right thing, preventing further tragedy. The Monday morning quarterbacks will question his motivations. Unfortunately, it is often much easier to criticize than to act. His motivations are proved to be pure. I believe that the lesson to be learned from the actions of Pinkhas is that an act of good is exactly that, an act of good. Trying to discern a negative motivation is wrong. The important thing is that good and positive action was accomplished. As Rabbi Yehuda espoused generations ago “through repeatedly doing something not for its own sake, one eventually does do it for its own sake”.

And we have another form of activism with the request by the daughters of Tzlafchad for their fair share of their father’s inheritance. Until their request, only sons were to receive Land by inheritance, not daughters. They changed things forever.

There are many aspects of that episode that can serve as an example for us today. What I see is the great humility of Moses, the Giver of the Law, and the actions he took before responding and receiving instructions from God. “Tzlafchad’s daughters speak justly. You shall certainly give them a portion of inheritance along with their father’s brothers, and you shall transfer their father’s inheritance to them.”

In the end, it will be the type of leadership provided by Joshua that will be necessary in order to conquer the Land of Cannan. Still, his success is greatly due to the empowerment of his teacher Moses. The devoted teacher and the devoted student.  Joshua’s form of leadership is of a different type, but it is founded upon all that he learned from Moses.

Being a Chosid of the Late Lubavitcher Rebbe ob”m I was fortunate to see an example of great leadership, at least from afar. And throughout my life, I have learned from other forms of leadership as well, such as from the leadership styles of Pinkhas the activist and the most humble Moses and the military leader Joshua and the innovative daughters of Tzlafchad.

Most importantly what I have learned is that in order to lead others, even to serve as a leader of your own family, first and foremost you need to lead yourself. That is the secret of success of a true and great leader.

This is what is sorely needed today during these especially difficult and challenging times.  I pray that we are deserving of the leadership necessary today to guide and navigate us through the turbulence of life that we are all dealing with at this time.

For our sake and for the sake of future generations.