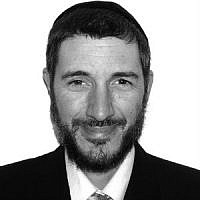 This piece is an expression of my frustrations with the professionalism-level of the Israeli Police.

We see lots of police around town since the attack in Har Nof. When I was in town on Sun. morn. I saw them riding up and down the light rail track on Jaffa Road, with both cars and motorcycles. Even saw police on foot again! A most rare sight. Wonder if they are still walking around today in the rain? (Doubt it) They also have large observation balloons over the Arab neighborhoods. Whoop-di-do, as they say. What are they waiting for? So they can get there fast when there is an attack? This will not stop lunatics who want to attack. You can not put a cop on every street. These measures may hope to calm people, but they are really cosmetic. Expensive cosmetics.

The two cops who responded first to the Har Nof attacks were, at least one of them, Druse. They were traffic cops who happened to be nearby, and most bravely went in, without protective gear. One was killed. Let me share some of my experiences with Druse cops.

Some years ago, I was helping my friend Ploni the gardener from Har Nof. We were in his van, rounding a corner in Har Nof. Ploni had just got a cell phone call from a customer and answered it while driving. As we round the corner a cop signaled him over. Ploni was not wearing his seat belt, and the cop also saw him on the phone. He started speaking to Ploni, and said that he would give him a ticket for the seat belt, but not the phone this time. The seat belt ticket was like 250 shekel, and the phone ticket 1000. Ploni, who is a very outgoing person, starts chatting with the police officer. He manages to find out he is from a village in the North, and comes to Jerusalem to work a few days a week. Afterwards Ploni explained to me that he was a Druse.

Though I felt bad for Ploni, I have to say I was impressed by the cop. It was the first time I had seen a cop nab someone like that. He was alone, standing on foot in the strategic place, with his mo-ped parked nearby. I wished more cops would be like him.

I have seen Druse cops walking in my neighborhood, talking one to the other about nabbing offenders. What a refreshing sight compared to the normally zombie like Jewish Police.

I remember when I would do reserve duty in the army on the Southern borders, the Druse trackers were always calm and even blase, even when we were on the tracks of terrorist infiltrators. I was carrying the communications pack, quite scared, and they were sipping coke cans, with their helmets dangling from their belts. The head of the section there near Eilat was a Druse.

In short, I am reminded of the story Benjamin Franklin tells of a certain Native American tribe. The colonists took some of the “Indian” young men and sent them to their schools. The Indians responded by saying that when the young men came back they were not good for any work. Therefore they were not interested in furthering the program. However, the Indians added, to show their appreciation of the gesture, they would be prepared to take a delegation of the colonists’s youth, teach them how to hunt and fish, and make men out of them.

We need to learn how to be real cops. Proactive, and not just reactive. If our force is filled with people who are adverse to effort, and are looking for an easy job which requires no initiative, then our country will continue to suffer from the dangerous roads, crime and theft, and terrorism that it does.

Of course I know there are exceptions to the rule I have painted here, but I am talking about the majority, as I see it as a citizen here.

About the Author
Jerusalem resident.
Comments