Two weeks before I left for Israel for my 90-day engagement for Rackspace Hosting’s Startup Program, I crossed paths with former Mayor, and now Secretary of H.U.D., Julian Castro.   We were both at a parade, where I shooting photos and he was attending with his daughter.

Julian happened to be in San Antonio where we are both based, and he asked me about how I thought things were going at Café Commerce, a special initiative of his that he created and had its opening right before he left for Washington in June of this year.

Café Commerce is located at the main library in downtown San Antonio.

The City of San Antonio committed more than $1,000,000 to build out a really nice 15,000 square foot facility repurposing part of the library.

I had an office at Café Commerce, where I ran my consulting practice, and also become part of a great community of small businesses and startups under the leadership of Peter French.

The idea of re-purposing part of a public library was personally interesting to me, for I looked back from a previous trip to Israel when former Director of Economic Development and now a member of the Wix team, Avner Warner, gave me a tour of The Library in Tel Aviv. 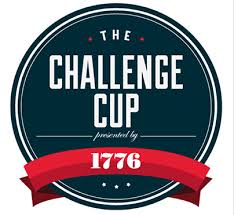 Fast forward to now, and I’m back at The Library in Tel Aviv, where last week I did a series of back to back mentoring sessions with startups and will also be helping out with the upcoming 1776 Challenge on December 4, which I would like to invite you to.

It’s free to attend and you can register here.

While there are many startup pitch events, challenges, and all kinds of ways to connect and observe what is going on here in Israel’s startup ecosystem, it’s important to not only go to these events, but see where they are being held and in what facilities.

When you come to The Library, you take the elevator up to a single floor, that was… well, the old library.

You know that somewhere on this floor used to house thousands of books, manuscripts and documents that served as a reservoir of knowledge… a place where stacks and stack of books are there to be read, checked out and shared. It’s a way to distribute knowledge and promote story telling. 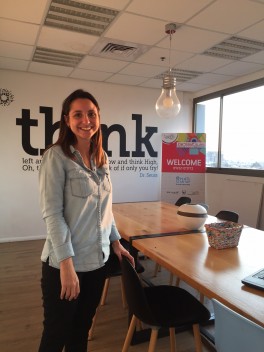 But now, libraries are changing. The stacks of books are being repurposed with profound ideas based on technology stacks.

In the case of The Library / Tel Aviv, the books have been replaced with a living lab of learning and knowledge.

Managed by Lior Krengel and her team, The Library is comprised of the bright minds who are creating new companies, re-tooling old business models and creating new type of businesses and in some cases, industry categories that previously did not exist.

This coming Thursday, December 4, a select group of entrepreneurs will be competing in the Washington, D.C. – based Challenge Cup 2015, a global competition that spans 16 cities in 11 countries to identify the most promising startups with the best ideas to solve the world’s biggest challenges.

The event is run by 1776, with $650,000 in prizes available – and a free trip to Washington, D.C. for Tel Aviv’s four winners to compete in the finals. Through successive 1-minute and 5-minute pitch rounds, Tel Aviv’s 40 best startups have a lot on the line in their pursuit to win the grand prize.

You can view the participants here, which span a cross section of humanity in a areas such as education, energy, health, and cities.

You see, this event is not just about business in the literal sense. It’s about advancing humanity, solving human problems, and yes, monetizing them in new and creative ways.

I’m going to be helping out a bit with mentoring some of the companies on behalf of the Rackspace Startup Program.

You can join in too, not just to show your support, but to get a glimpse of what is on the minds of these social-entrepreneurs, building on these stacks of a different sort.

You will not only be inspired, you’ll also have one of the very best views of the city overlooking the Mediterranean coastline.

I’d love to meet you, get your input, and what you experience and learned.

It’s from vantage point that only The Library in Tel Aviv can give you, and open your eyes to the future.