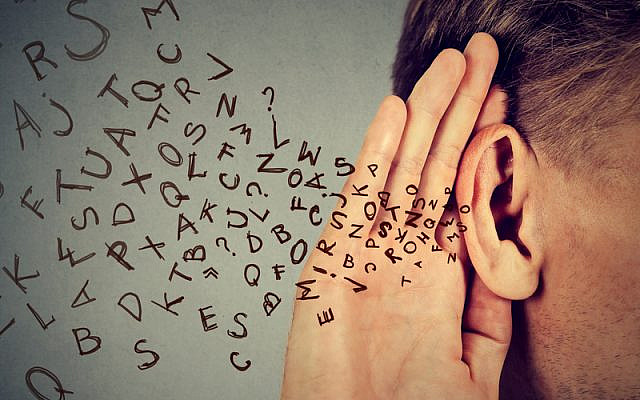 It was Israel Zangwill, the close associate of Theodore Herzl, who said that the Jewish people were “a people without a land”. We are a wandering nation. As Paul Johnson, in his seminal History of the Jews notes – after the Roman sacking of the Second Temple, the Jewish nation began the long and arduous journey of life as a nomocracy.  Our national history, as Jews, has been defined by hardships and the murky shadow of exile. There is hardly a part of the globe, where we have not endured persecution and the bitterness of being a nation in exile.

The Parsha of Vayeitzei is known as ‘the portion of exile’. It is characterised by the fact the portion is sealed, with no breaks or paragraphs in the passage, like the experience of exile, it seems to be endless. The keystone of the parsha is a well-trodden tale where Jacob finds himself on the run from Esau:

He came upon a certain place and slept there… He had a dream; a ladder was set on the ground   and its top reached heavenwards, and angels of God were going up and down on it. (Bereishit 28:12-15)

Many Rabbis, over the centuries, have attempted to expound this popular passage. One, offered by the Midrash, is that Jacob was envisioning the Jewish people, his very descendants, in exile.  The ascending and descending angels represent the four empires – the Babylonians, the Greeks, the Assyrians and finally the Romans. Each one of these empires initially vanquished the Jewish people; but eventually they fall and disappear, as bygone emblems of an empire.  G-d offers Jacob and the Jewish people encouragement for the exile: “I will be with you”. There are striking similarities between the experience of Jacob and his son Joseph. Both have dreams preceding their banishment into exile. Both gain redemption through their dreams.

However, as I reflect on this story, I ask myself: what does exile mean for me personally and how can we emerge as a community?

Exile and redemption are more than simply a matter of geographical location – they symbolise a mindset.

The Komarno Rebbe, a disciple of the Chozeh of Lublin in the 19th Century, notes that we usually associate exile with the physical banishment from the promised land and forced to live in the diaspora under foreign rule. Yet, surprisingly, we have also experienced exile whilst living in the sacred land – for example, the Greek exile at the time of the Chanukah story. The Baal Shem Tov, the 18th Century mystic and founder of Hassidic Judaism, however, establishes that exile and redemption are more than simply a matter of geographical location – they symbolise a mindset.

If a person is in exile or experiencing a personal ordeal, but his faith in the Almighty remains intact, then he is not considered to be in true exile. This is due to the fact that, however challenging the ordeal the person is experiencing, they are close to their Higher Power, the Almighty. G-d is more than simply an acquaintance, but a loving parent. Our faith, made of courage and action, provides the bedrock for successful living.

The very word, diaspora, is derived from the Ancient Greek word for dispersion –  διασπορά. At the time of the Greek exile, during the Seleucid Empire of 170’s BCE, the Jewish people resided in Israel, the temple was intact, and we were not being persecuted. Yet, it was considered an exile of tremendous darkness that only ended with the Hasmoneans and the light of the Menorah. The blackness and harshness of the exile resulted in many Jews feeling abandoned and detached from their heritage. So many, in desperation, abandoned Judaism and metamorphosed into Hellenists.

Rabbi Abraham Isaac Kook, one of the fathers of religious Zionism in the late 19th and early 20th Centuries, suggested that the divine revelation at Sinai was the apex in our history when G-d spoke to our people as a nation. Our collective experience at that time of redemption, left a deep-seated memory on the conscience of our people. It was something that became deeply ingrained in the souls of our people.  It invested in us, throughout the millennia, an inner voice of faith.

It is in our times, during these early decades of the 21st Century, that we face an enormous challenge – to dare to tune into that inner voice, to show faith in a power greater than ourselves. Rabbi Jonathan Sacks was asked a fascinating question on “The Tim Ferriss Show” (Episode #455) – if he was on desert island, and could only spend $100, what would he take with him? Bose noise cancelling headphones, was his defiant and humorous reply. Rabbi Sacks went on to explain that we live in a world with a cacophony of deafening sounds. The only way that we, as people, can hear our still inner voice, is with noise cancelling headphones.

Returning to Jacob, who we find was asleep and dormant, as he dreams of angels. Sleep is a state comparable to exile. The person lies there unconscious, without any true awareness or enlightenment of what is really going on around them.

We find Jacob, having a dream and vision of greatness, during the depths of his dormancy. Jacob’s dreams, we are told, represented that inner voice of redemption; that deep yearning within all of us, bursting to come forth. Even as he was experiencing exile in the dream, there was, in his subconscious, an awareness that G-d was with Him and therefore it was also a vision of redemption. Though he may have been asleep, Jacob was fully awakened to the power of faith.

It is axiomatic in our faith that the actions and experiences of our forefathers portend to future generations. With this in mind, the Jacob experience, of being able to hear the voice of faith even at times of exile and ordeal, is equally applicable to us.

There are moments in life when we have a sense of restlessness. We feel we should or could be doing more. There are moments when we feel compelled to take on a new project, challenge ourselves to do more. These moments all stem from the inner yearning that Jacob experiences.  Despite having to immerse in the mundane and ordinary, these nanoseconds of enlightenment can be developed within each of us- so that we can aspire to achieve the extraordinary and be true dreamers.

One such example in history was Rabbi Yosef Shlomo Kahaneman, the ‘Ponevezher Rov’, who was a Lithuanian Talmudic master. He survived the horrors of the Holocaust and, despite having along with his family suffered tremendously, made his way to the holy land. The Rabbi eventually visited what we know today as the city of Bnei Barak. In 1948, it was a swampy wasteland, infested with mosquitos. He took his students, standing on top of a hill, and began to gesticulate. He told to his students where the yeshiva would be built. He indicated where the school, the shops and the rest of the town would be developed. The students turned to their teacher, who was standing in this wasteland, and they told him:

“Look around you; the place is desolate, we have no money it is never going to happen you must be dreaming”

The Rabbi, without missing a beat, responded: “It will happen and I will tell you why – because you, my students, dream with your eyes closed; I dream with my eyes wide open.” Needless to say, he was proven correct.

Jacob’s experience was not superficial; it was emblematic of the Jewish modus operandi throughout history. That is the key message from this week. We must become attuned to our own inner voice, that yearning of our faith – providing it with sustenance and nurture – so that we can fulfil our full potential in this world.

This piece was co-authored with  Mr Daniel Sher