The Blogs
Aliza Lipkin
Apply for a Blog
Please note that the posts on The Blogs are contributed by third parties. The opinions, facts and any media content in them are presented solely by the authors, and neither The Times of Israel nor its partners assume any responsibility for them. Please contact us in case of abuse. In case of abuse,
Report this post. 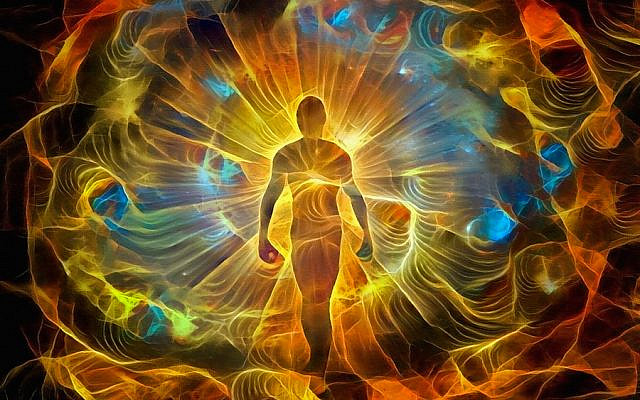 When Yaakov is on his way from Be’er Sheba to Haran he stops on Har HaMoriah where he has the famous dream of the ladder that extends from the ground with its head reaching the heavens upon which angels are ascending and descending.

That is when God appears to Yaakov to reaffirm the promise he gave to his father and grandfather.

Hashem declares to Yaakov that He is the God of his father Avraham and the God of Yitzchak. Yitzchak is Yaakov’s father, not Avraham, so why does God call Avraham Yaakov’s father in the same verse that mentions his real father?

God requires Yaakov to experience the same type of journey that he demanded of  Avraham, taking them out of their comfort zones on a path that leads to a more expansive self. Avraham was steeped in chesed/kindness and had to be taught to add a measure of gevurah/strength to achieve the necessary balance. Hakarat hatov, having gratitude, was so ingrained in his nature that he may have felt compelled to stay and give of himself to his extended family and mother country thereby necessitating the divine command to move on. Yaakov, on the other hand, was much like Yitzchak and had a nature of din/gevurah. He did not feel a sense of chesed for his exhausted brother who felt on the brink of death but seized the opportunity to negotiate a binding deal for the birthright before allowing him to partake of his sustenance. He, therefore, needed to experience what it was like to be treated harshly to earn his food by Lavan for many years in order to ingrain in him the sensitivity that is a hallmark of chesed. When God refers to Avraham as his father He is indicating to Yaakov that he has the genetic material within him that simply needs to be activated.

Therefore, both of them are sent on a journey away from their parents’ home and the land from which they had come from and identified with until that point in time.

In both instances, we are told they had to וַיֵּצֵ֥א/go out from and וַיֵּ֖לֶךְ go towards.
Both of them needed to leave a part of who they were behind to move toward building a vital part of their identity.

This parallels the language used for his grandfather Avraham:

This is the same promise that Gd now gives Yaakov when he too left his parents home.

And just like Avraham, who on the heels of the promise, was forced to leave and suffer at the hands of unsavory folk in a foreign land so too, Yaakov, was forced to leave Israel and live with Lavan for 20 years right after he received the promise of a future in the land of Israel. While it might seem to many as a test, and so it is referred to by many commentators, I see it as quite the opposite. It seems to me that it was a Divine assurance that was given to them at a time when they most desperately would need a raison détre to get them through the difficulties they were about to encounter. Avraham while in Egypt and Yaakov while in the house of Lavan. Therefore, God girds them with a promise for the future immediately preceding their challenges so they may find the strength to get through the hardships that they will encounter. As Viktor E. Frankl, says in Man’s Search for Meaning ”Those who have a ‘why’ to live, can bear with almost any ‘how’.”