As I look out at the dreary weather this Friday morning in New Jersey I’m thinking that I love a rainy summer day.  I can sit in the cool dry house while the chicken soup simmers away and the cholent fills the air with its tantalizing aroma, and enjoy the outdoors from the indoors.  It’s like a snowy winter day when nothing is as tempting as reading a book near a fireplace. Summer rain is quite delicious!

Really! Sometimes the weather makes it so nice to be indoors, looking out. That’s life in New Jersey. The weather is not that constant summertime blazing heat of my other home. We always say, never in the summer and then, here we are packing and doing all the routine stops and starts….newspapers and mail and timers. You know the drill. Each year it’s something else that compels us to go. Someone is coming to visit. Maybe a simcha in the family. Well, the flights are arranged and the newspapers restarted. And we’re almost on our way.

Of course we ARE truly excited. It has been almost 3 months since our last sojourn. Far too long. And even though we’ve been doing this for decades now I still need to readjust.

I realized this yesterday when I had a consumer day.  I’m really good at dealing with customer service issues in one of our countries. This one! The English speaking one.  I can battle it out with the best of them, be they shoes online (yesterday), Amazon (yesterday), or even Chase Visa (yesterday).  Victories to the righteous, especially the persistent. Me.

On the shores of the Mediterranean I’m far less capable. Call it horrible Hebrew and you’ve hit the bullseye. After Ulpan in the early 70’s and a near lifetime spent commuting between New Jersey and Herzliya, I’m literally a disgrace. A total washout. Okay, not as bad as my parents who became olim in old age. My mother, who fashioned herself a linguist speaking some French and Spanish in addition to Yiddish and English, remained in Kitah Aleph permanently. She diligently did her homework and never advanced whatsoever. My father didn’t even try.

But, try arguing with a customer service rep (an idiot savant term which is so completely in opposition to what it’s supposed to mean) in a language that you don’t speak. So whether it’s HOT or Cellcom, I lose. Of course I deserve to lose because I wouldn’t be any more successful here in NJ if I tried arguing in Hebrew.

So, those are two distinctions between my lives in New Jersey and Herzliya.  The weather and my consumer skills.  Both giving New Jersey the edge.

But, hold on!  Israel will still come out the winner in my book.  It’s the whole Israeliness of it all  It’s thrilling, even after literally hundreds of trips and years spent there. It’s still an absolutely intriguing place. And so Jewish!

Try eating kosher food in Israel and compare it to New Jersey. Just no comparison. Israel wins hands down. And on Pesach, wow! One Seder, one less day AND all those kosher restaurants.

Supermarkets are so much more convenient in Israel.  Except for Tiv Taam (which we fondly call the goyim) no need to check the hashkacha. It’s all kosher, the meat, the frozen stuff (with its infinite variety!), the bread. Notice I did not say it’s cheap. It’s not!  But we buy anyway since I maintain this attitude in life: I don’t buy designer clothes or fancy cars but I can afford everything in the supermarket. I think it’s a pretty good maxim. And the truth is my Toyota will get me where I need to go as fast as your RR but my good food is my daily sustenance.  Daily. Sustenance.  So, much to my husband’s frustration I never look at the prices in the supermarket.  I CAN afford whatever I want!

And here’s a vote for our Israeli neighbors (especially my sister!). People really do help each other out here.  It’s an old cliche which happens to be true.  This year our neighbor Nino went to extraordinary lengths to help us put up a sukkah on our building’s parking lot.  We really couldn’t have done it without him.  He believed in the mitzvah of building a sukkah…But not eating or drinking in it.  Not even a sip of wine!  And then he was there at holiday’s end, joining with other neighbors to disassemble our portable home and put it in his machsan where it sleeps until it’s chag again.  When I came down and saw many of our neighbors pitching in to help disassemble the sukkah, all of them volunteers, it literally brought tears to my eyes.  Shevet achim gam yachad!  Tov indeed!

And of course there’s the scent, the perfume really, of Shabbat in the air. Religious or secular, Friday night is still Friday night.  The hush.  The smells.  The family gatherings.  Just about everyone celebrates Shabbat in some way in Israel.  I love to walk the halls of our apartment building. There’s a neighbor to our right who makes a mighty chicken soup. Nothing that smells so delicious could possibly be anything but sublime. I keep threatening her with self-inviting.  Whichever way Shabbat is celebrated, it is celebrated.  Chiloni.  Dati.  Masorti.  Everyone knows it’s Shabbat.  Long after my mother had died my sister’s dog came to visit Mom on Friday night.  Yogi knew it was Shabbat from all the clues.  And he also knew that my mother would always have a wonderful treat awaiting his arrival, with a cool water chaser.  Both disappeared and Yogi could never quite figure out why. I’m not so sure I can figure it out either.

As always, we will visit the cemetery during our stay.  My parents lie in the immaculate and always fascinating real kibbutz galuyot  (ingathering of the exiles) where gravestones share both the Israeliness of their occupants and, often, symbols and signs of their birth homes.  A babel of languages and customs nestled peacefully forevermore in the hallowed earth. My brotherinlaw Zeev lies nearby, far from his Rumanian birth-land, visited by his formerly American wife and his very completely Israeli children and grandchildren.

The trip doesn’t entice but the arrival is so sweet.  And as we leave home to return home, we think what a blessing it is to have Israel to come home to, and that one day, with the help of God, we will finally buy a one way ticket! 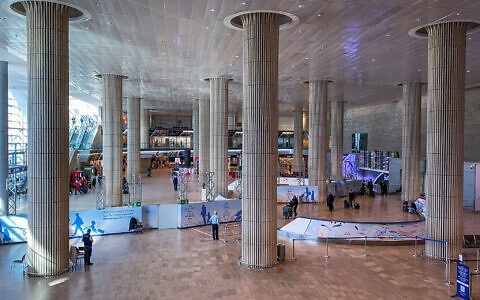 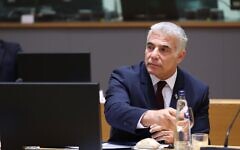