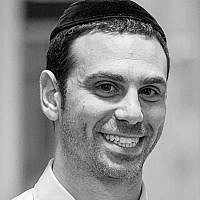 For months, I have been cooped up in my house, practicing social distancing, adapting to a new way of living.  I spend hours a day in a room up in my attic.  Sparse and Spartan in its functionality, the room – my man cave – reflects the mindset to which I have grown accustomed.  Once bearing only the necessities, a desk, a lamp, a chair, and a bookshelf, the room has acquired two additional luxuries that lend a sense of permanence.  A bed lies behind me, never used but rather to serve as a reminder that days and nights should come at regular intervals.  A printer sits on the floor beside me, giving nod for my need to literally grasp my ideas and not just hold them metaphorically in my head and on my computer.  The only thing that could make my surroundings more apt to the situation would be if I had a broken clock on the wall, signifying how time has stopped and left me living in an everlasting present.

I do occasionally leave my desk to share life with my wife and four children, where we laugh and talk about important and mundane things. Yet, my man cave has become the symbol of my thinking and being at this time.  It is the physical manifestation of psychologically hunkering down, of making my world smaller and thus easier to comprehend.  As my world shrinks, however, it also gets crowded, in a way that leaves me with the tension of both maintaining security in place and yearning to explore.  My attic has become the “dwelling” where I express Dasein – the Heideggerian existentialist term for “being in the world” – where I recognize the paradox of living in relationship with others while ultimately being alone with myself.  The question I keep asking, however, is whether this manifestation of Dasein is authentic or is it my escape from truth and sincerity.

As I sit in the attic, day after day, night after night, two stories keep flooding my mind.  Like files that once laid at the bottom of the stacks on my overcrowded desk, forgotten and dismissed, these stories never used to evoke anything, let alone contemplation or reflection.  Now they are the only things that my mental desk seems to hold, all else brushed to the floor of my mind.

The first story is the allegory of the cave at the end of Plato’s Republic.  In Book VII of Plato’s Republic, Socrates asks Glaucon, who happens to be Plato’s older brother, to imagine people living in an underground cave.  They have lived in this hollow since birth, chained in place by their necks and feet.  The only light they receive comes from a fire burning behind them, which they cannot turn around to see.  Also behind them is both a path to leave the cave as well as a puppeteer’s screen set in place to perform shadow puppetry.  As the people watch the puppet show, they believe that they are watching reality right before their eyes.

One of the prisoners, however, happens to become free of his chains.  He turns around and – like Dorothy who catches a glimpse of the wizard after Toto pulls back the curtain – understands the fallacy of his previous perception.  He walks towards the firelight to try to glimpse at truth, but the light hurts his eyes.  He, in effect, becomes blinded, unable to see even the shadows of his previous illusion.  At the realization that the light of the fire is too much, he cannot even venture out of the cave to see the world exposed by the light of the sun, at least until his eyes adjust.

And when he finally leaves the cave, he sees the world clearly.  Truth in its glorious manifestation.  He relishes in seeing reality naked, beautiful, without the façade of the cave wall projections.  In turn, he pities the ones left behind, who are like those who don’t know the difference between ice cream and frozen yogurt – who savor each spoonful, ignoring the faint sourness left behind in their mouths.

Eventually, he returns to the cave.  Again he is blinded – until his eyes adjust once more.  But in the cave, he is ridiculed for speaking about fanciful things that only he knows are true.  All the while, his friends and neighbors sit happily chained, enjoying the only show they have ever seen.

While I have not sat in my man cave since birth, the habits of my mind have certainly made me forget much of what a different life could be like.  Like an erased piece of paper, somewhat blotted but mostly fresh, I watch the world around me through a computer screen, believing that I am watching reality television.  I barely see the difference between facts and values anymore.  Data is understood given the value-lens through which people interpret it, so that truth is “discovered” according to the values and priorities of the discoverer.  It is as if I watch contently and absentmindedly the shadows on the cave wall as they reflect the hand positions of the puppeteer.  Yet, I can no longer even imagine the possibility of a puppeteer entertaining me – and himself – with his puppet show.

I am not yet like the caveman’s neighbors and friends who do not notice the chains binding their necks and feet.  I may be sheltering in place, but I am not imprisoned nor complacent.  I still know that there is a world outside of my home that looks very different than the pictures of it that I see through various media, but I do begin to feel the ridicule of my own intellectual insecurity, imagining that my fading memories of something different – something more real – is simply fantasy. And my attempt to retain it, to keep it alive, hubris.

The second story is that of Rabbi Shimon bar Yochai and his son, Rabbi Elazar, found in the Babylonian Talmud.  Rabbi Shimon and his son escaped to a cave to avoid capture and certain death.  They lived, hiding in their cave, alone with nothing but themselves and their thoughts for twelve years.  Each day, they would remove their clothes and bury themselves in the ground up to their necks in order to save their clothes from wear.  Each day, they would reflect on the world’s secrets.  Almost ironically, they would also spend hours analyzing the proper norms of social life – all while living in total isolation.

When not distracted by the shadows cast from behind, I also spend hours alone thinking and reflecting. I share intimate thoughts with my wife and children, of my beliefs and of my ideals – even my secrets.  Like the carob tree that miraculously grew to feed Rabbi Shimon and his son, we receive our food by magical delivery or curb-side pick-up, not having to worry about the dangers that lurk outside.  We subsist on spending time with each other, frugal with our material expenditures and generous with our time and consideration for each other.  We would not be able to live together so closely and for so long any other way.  We talk about how we should treat each other, what values should we choose to express, how to develop character.  This too is ironic – since our discussions and choices have a very small radius of influence.

The impact of Rabbi Shimon’s story, however, is not in how he lived in his cave for so long.  It is how he left it – or rather had to leave it twice.  The first time he left the cave with his son, he took a look around at what he returned to and almost destroyed it.  The world didn’t live up to the expectations that they set for it while living alone in their cage.  In their zeal for truth, they lost touch with grace.  As a consequence, the Divine voice forced them to return to their cavernous world of isolation for twelve months – the amount of time the wicked are punished for the deeds they commit on earth.  As such, their return is not meant to be a reversion to an idyllic paradise; it is meant to be a punishment.  Also, unlike the caveman in Plato’s Republic, they were not meant to stay there forever, nor adjust their eyes to make palatable false beliefs.  They had to learn how to see clearly even when it was difficult to do so.  They needed to learn how truth must reside along with grace, by which I mean with kindness towards one’s fellow.  After twelve months, the Divine voice commanded them to leave the cave once again.  Rabbi Elazar did not learn this lesson, he continued to destroy what he saw as false or suboptimal.  Rabbi Shimon, however, would heal everything that his son would fracture.  Like a father who understands both the impetuosity of his son’s zeal and the warmth it takes to direct it towards good, he tells his son that it should be sufficient for the world if they alone held to their standards.  The world itself should be held to a more tolerant expectation.

In both stories, venturing out of the cave is transformative, but only in the latter does it affect the world outside.

In the first story, the one who escapes learns of truth, but only to return to a life of fantasy and illusion.  Upon his return, his is deemed a lunatic and an outcast, since reality cannot be shared and utilized to free his neighbors of their chains.  His only choice is to remain quiet and defeated.  Truth is something “out there,” the world of perception does not allow its intrusion into the thoughts and minds of complacent men.

In the second story, truth is found within the cave.  It is the ideal and the real at the same time.  And again, it is too high a bar for the world to apply.  This time, however, the one who understands the truth must not remain quiet and defeated.  He is not a lunatic, but a teacher and guide.  His knowledge must not come with impetuous zeal – it must be tempered with patience and compassion – but it must come nonetheless.  He cannot stay in the cave forever and he cannot let the lessons he learned burn the world to the ground.  Truth must reside in grace.

When I venture out of my own cave, I would like to believe that the story of Rabbi Shimon bar Yochai will impress upon me more than that of Plato’s.  I would like to think that I took more from my personal reflections and conversations with my family than I did from the reflections on my computer screen.  I would like to think that I will take the truths that I learned while sheltering at home and apply them to make the world better and more considerate.  I do not want to return to illusion for fear of being called a lunatic.  I want to leave my cave and not have to return.