Lebanon is currently facing an economic crisis with little chance of aid from Western or Arab countries.

Being cash-strapped, facing economic boycott due to the presence of Hezbollah as a part of its polity, fighting decades of rampant corruption and buckling under the burden of 1.5 million Syrian refugees from its war-torn neighbor, the country is teetering on the edge of complete economic collapse.

In the face of such grim outlook, Beirut is searching for a new savior and looking east to China. But can China help?

Actually, China is in a strong position to help Lebanon due to its different approach from westerners towards economic development.  The main differences are a robust state role, the importance of infrastructure investments, and a regional vs. state-centric approach towards economic development, as outlined in the 2019 European University Institute study, Fractured Stability: war economies and reconstruction in the MENA.

China views peace in the Middle East cannot be achieved without stability and economic development, and rather than adopting the Washington Consensus which stipulates political reforms will lead to economic growth, the Beijing consensus holds that state-led capitalism and infrastructure investments will lead to development.

This is manifested in its current “Peace with Development” narrative and Belt and Road Initiative (BRI) that seeks to establish regional connectivity in order to foster economic growth.  And interestingly, a July 2018 study in which a team of Danish economists made a forceful case for infrastructure investment as a pathway to longer-term prosperity, supports this approach.

In this study, Carl-Johan Dalgaard of the University of Copenhagen and his colleagues looked at how the density of ancient Roman roads at given points in Europe strongly correlates with present-day prosperity, as measured by the modern-day population, the density of current roadways and economic activity. They discovered that places with more Roman roads and connectivity tend to have more roads today, more people and greater levels of economic development.

However, Romans roads in the Middle East and North Africa (MENA) are a less reliable predictor of modern road locations in MENA, given that roads built in North Africa fell into disrepair in the period 500 to 1000 A.D., when wheeled transport was replaced by camels. The reasons for this shift are unclear and could be due to costs or advances in saddle technology, and an increasing military and political might of groups that traditionally relied on camels for transport.

If carts pulled by oxen were no longer around then there was less need to maintain paved roadways, and thus the Roman roads in MENA were not maintained the same way they were in Europe where cart-based transit remained dominant.

Dalggard observes, “since ancient roads fall into disrepair in the MENA region to a much greater extent than in Europe, one should expect to see much less persistence in infrastructure density.” As such these research findings that infrastructure investment in roads and trade corridors can be a driver of prosperity add weight to China’s BRI approach of promoting infrastructure connectivity for economic growth.

State-centric vs regional approach to development

For example, before the war, Syria was a vibrant trading hub that linked Turkey, Lebanon and Syria itself with Jordan, Egypt and the Arab Gulf states, and was Lebanon’s only land-based trade corridor. As border crossings for trade with Syria were vital arteries for Jordan and Lebanon, ongoing US and European Union sanctions on Syria have a negative contagion effect on neighboring economies.

As a result of the war and continued sanctions, both Beirut and Amman’s trade have plummeted and are now at risk of destabilizing economic collapse. This is unfortunately similar to the contradictory US policies in Central and South Asia, where Washington’s state-centric approach to rebuilding Afghanistan and promoting regional economic integration, while simultaneously sanctioning and isolating its large neighbor Iran, has posed challenges to Afghan efforts for regional connectivity.

Moreover, ignoring regional dimensions of conflicts may also create a balloon effect, whereby instability and conflict are displaced from one country to a neighboring country.

China for one takes the view that security follows economic development, and has made it clear that reconstruction comes before political settlement. As such it is adopting a regional approach to the Levant and now views Lebanon as a platform for reconstruction in Syria and Iraq.

Beijing to Beirut on the BRI

Beijing now views Beirut as an important node in the Central Asia-West Asia Economic Corridor (CAWAEC) on the BRI, and in 2018 the China Council for the Promotion of International Trade chose Lebanon as its MENA headquarters. 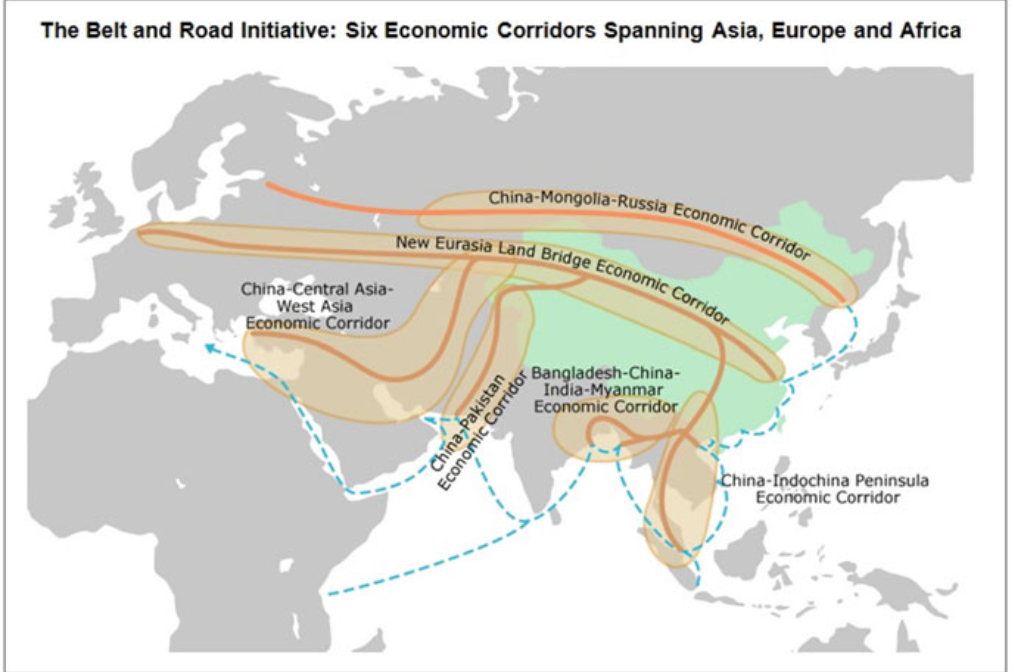 The Port of Tripoli has also become a central destination for weekly shipments from China to the eastern Mediterranean region, and a potential launching pad for Syrian reconstruction. There is talk of rehabilitating the Tripoli-Homs railway network, and coupled with a planned Tripoli Special Economic Zone adjacent to the port, Tripoli could be a useful hub and link to some of Syria’s most devastated areas such as Homs and Aleppo.

Thus in the face of pressing regional security and economic woes and a need for immediate infrastructure, investment and trade, Washington’s continual stance on sanctions and blocking reconstruction aid is unfortunately keeping the region in a state of underdevelopment, while China’s BRI investments provide much-needed quick economic relief.

Given this, Washington’s fears of waning US influence in MENA and Lebanon may not so much be caused by its troop levels or Hebollah’s “look east” orientation towards  China, but rather perhaps, by continued US dismissal of regional stakeholders’ interests.