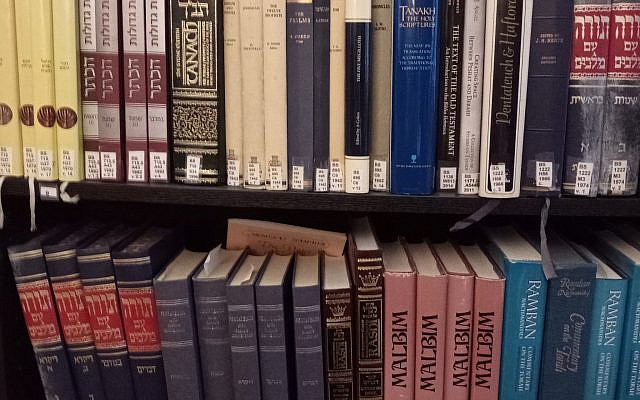 The parasha begins with God telling Avram to leave his home and birthplace for a new home in an unknown land. Avram leaves without protest or asking questions about logistics. This evening in a class on the parsha someone asked about the mundane – “How did Avram’s family manage food, sleep and waste removal?”  Generally the Tanach and most books do not deal with those issues unless they are vital parts of the story. Characters magically rarely need the restroom. Was Avram’s move prudent or did Avram need to rely on miracles and Divine interventions?

Faith is acting without analyzing the situation and possible results. Faith is not static. People of faith often struggle with conflicting religious challenges. On a recent TV show a pregnant cancer patient needed treatment. The surgery did not remove all of the cancer. The surgeon wanted to start chemotherapy, but the fetus could not survive the treatment. The surgeon suggested termination of the pregnancy to save the mother. The mother firmly believed that abortion was against her faith. The patient asked the surgeon if she ever believed in anything so strongly that she would not go against it. The patient questioned the surgeon’s faith. The surgeon had no answer. I wanted to yell at the characters and script writers to put into the script, perku-ah nefesh. No matter how strong someone believes in Jewish observance, one is required to push aside all restrictions to save a life. One is required to live by the commandments, not die because of them.

Differing circumstances, times and people may yield differing expressions of faith. A person who is faced even with a questionable threat to life or limb should push aside the Shabbat restrictions to save a life. Once I had something caught in my eye on a Friday night. The usual home treatments did not work. I didn’t think it was life threatening, but the person I was staying with was an ophthalmologist. He said that if one loses an eye it could be dangerous and was a pekuah nefesh situation that pushes aside the laws of Shabbat. To save a limb or prevent further injury is also pekuah nefesh. [1] I was very appreciative that he had an instrument at home that could look into my eye and successfully removed a tiny piece of lint from my eye. This was a case of the medical doctor knew more about pekuah nefesh than the patient.

When told to sacrifice his son, Abraham wakes up early and journeys for three long days to quietly and heroically follow the Divine imperative. He is silent in the face of God’s omnipotence. Yet when it came to the wicked people of Sodom, Abraham demonstrated his great faith with God, refusing to stand idly by.

The Torah does not tell us all of the answers. Even rabbinic literature such as the Talmud and books of Jewish law do not have all the answers. Tradition leaves room for debate, blind faith and/or acting independently. For example many people (including learned and respected rabbis) at the beginning of the Zionist movement said we can’t resettle the land with the hand of God. They said that we can’t force the hand of history. The Zionist opinion was that man has an active role in the destiny of the world. We must use all of the tools available to work toward the final redemption.

The business lesson is that sometimes we must have faith in a higher power who knows what is best. Sometimes saving a life is a stronger measure of faith than usual rules.

[1] Without getting into too much halacha —  the EMTs from Hatzalah help save lives. On Shabbat they are allowed to drive to the emergency and drive home even though when driving home they are not directly saving a life.  The rationale is that if they could drive home they would not be available for another patient or no one would want to take a call on Shabbat.