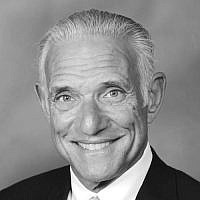 The Blogs
William S. Silvers
Physician, "The Skiers Nose"
Apply for a Blog
Please note that the posts on The Blogs are contributed by third parties. The opinions, facts and any media content in them are presented solely by the authors, and neither The Times of Israel nor its partners assume any responsibility for them. Please contact us in case of abuse. In case of abuse,
Report this post.

Can we learn and teach the lessons of medicine’s failures in the Holocaust on UN International Holocaust Remembrance Day every January 27?

Why were over half the German physicians members of the Nazi party pre WWII, more than any other professional organization?  More than the horrid and haunting experiments by the infamous Dr Mengele and his colleagues with white coats, what lessons do we need to impart to today’s and future healthcare professionals?  How did the scientific racism of the early 20th century in the western world contribute to the genocidal racism of the German “volk”?

How does this history influence our attitudes and approach to today’s ethical challenges of the COVID pandemic, crisis standards of care, and vaccine distribution?

How important is it to learn the lessons of medicine’s role in the Holocaust, and teach them to today’s health science students?  We know that as of 2013, only 16% of medical schools in North America required any teaching of Holocaust bioethics, despite the Holocaust being the foundation of modern medical ethics.  In Israel, while the Holocaust is seared into the national consciousness, is there enough teaching of this history in medicine?

We have a “Call to Commemorate International Holocaust Remembrance Day, January 27, in All Health Science Schools” in the January 2021 issue of the AMA Journal of Ethics, dedicated to Legacies of the Holocaust in Healthcare.  Why January 27th yearly, rather than Yom HaShoah?  On Yom HaShoah we mourn our families, the Kedoshim and Gevurim (the holy who perished and fortunate strong who survived). Perhaps it’s better to address this learning/teaching on the UN designated International Holocaust Remembrance Day, January 27, the date of the liberation of Auschwitz, internationally?

I am the physician son of parents who survived the concentration camps.  My parents were deported to Auschwitz in August, 1944, separated there, survived independently.  My father was liberated after a forced march from Dachau.  My mother, who had been released from the infirmary a few hours before all the patients were taken to be gassed, was sent on a “totesmarsch” from Auschwitz a few nights before its liberation.  I am wishing not to see the history of our profession and our people during the Holocaust minimized, much less forgotten over time.  Committed educators of this medical era are too few for the mission before us.

In Israel, in the Americas, in Europe and beyond, can we take up the “Call to Commemorate International Holocaust Remembrance Day, January 27, in All Health Science Schools”?