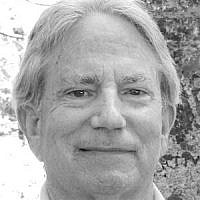 The Blogs
Norman L. Cantor
Pursuing Fairness
Apply for a Blog
Please note that the posts on The Blogs are contributed by third parties. The opinions, facts and any media content in them are presented solely by the authors, and neither The Times of Israel nor its partners assume any responsibility for them. Please contact us in case of abuse. In case of abuse,
Report this post.

America’s transfer of presidential power on January 20, 2021 — for the 46th time over a span of 232 years — was particularly noteworthy. A narcissistic, mendacious, bullying, would-be dictator — also commander in chief of America’s mighty armed forces -– yielded to a softspoken, frail 78 year-old who wielded no weapons or militia. Donald Trump meekly vacated the White House despite his blustery contentions that he had actually won the November election. Democracy prevailed. Israel, now immersed in political turmoil after experiencing 35 governments in 73 years, can learn much from America’s enduring democracy.

America’s governmental resilience is attributable to the remarkable tripartite structure of checks and balances created by its 1789 Constitution -– the document establishing a system of limited powers that every officer of all 3 branches of the U.S. government is sworn to uphold. Their oath is not to promote a particular economic system (like capitalism or socialism), a particular personage (like a president or prime minister), or a religious regime (whether Christian, Jewish, or Islamic). Rather, their overriding duty is to uphold the Constitution. That document, in turn, creates a system of limited governmental powers guaranteeing basic individual prerogatives, upholding fundamental democratic principles, and avoiding autocratic exercises of power.

Article I of that Constitution establishes a bicameral legislature (the Congress) composed of elected representatives from each state. That elected body is given primary authority to determine domestic socio-economic policy. Yet the Congress is subject to various constraints. Section 8 of Article I enumerates the limited powers conferred on Congress and the 10th Amendment (adopted in 1791) reminds that legislative powers not conferred by Section 8 are reserved to the states or to the American people. Congressional power is also critically curbed by the 1791 Bill of Rights -– the first 10 amendments to the Constitution -– that guarantee to all citizens certain fundamental prerogatives including freedoms of speech, assembly, and religion, as well as protection of personal liberty and property.

Article II provides for election of a president for a term of 4 years. But the President’s domestic authority as Chief Executive is primarily to implement the legislative policies prescribed by Congress and to appoint federal executive officers and federal judges (subject to approval of the Senate). The President is commander and chief of U.S. armed forces, but power to declare war and to control domestic militias (the National Guard) is reserved to the Congress.

What mechanism ensures that the elected Congress and the Chief Executive adhere to the power limitations articulated by the Constitution? While all federal officers (including the president, legislators, and judges) are subject to removal by Congressional impeachment for treason or “other high crimes and misdemeanors,” that tool has rarely been used in 232 years. No president has yet been convicted by the 2/3 majority of senators necessary for removal by impeachment. Rather, the major enforcement mechanism preserving constitutional boundaries is the federal judiciary.

Article III of the 1789 constitution establishes a judicial branch composed of a supreme court and such lower federal courts as Congress shall establish. In the modern era, the federal judiciary has a 9-person supreme court and two levels (trial and appeals) of regional lower courts. The Constitution provides several devices to safeguard the judicial role in enforcing constitutional limits. Article III accords to the Supreme Court jurisdiction over all cases arising under the constitution and federal laws. Article I prohibits Congress from suspending the writ of habeus corpus -– the ancient writ that ensures citizens access to the judiciary. And all federal judges are insulated from outside pressure by being accorded life tenure so long as not impeached for gross misbehavior. In short, the judicial branch has served for over 200 years to ensure enforcement of the Constitution’s limitations on congressional and presidential power.

Lessons for Israel from America’s Enduring System of Ordered Governance

Israel’s supreme court, like the U.S. supreme court, on occasion intervenes to limit conduct of elected public officials and bodies. It does so by sometimes giving Knesset legislation a narrow interpretation or even by invalidating a provision – all in reliance on certain fundamental principles of democratic governance. For years, some Israeli politicians have railed against Bagatz (Israel’s supreme court sitting as a high court of justice) for such judicial interference in political affairs. Those critics regularly push for limitations on the supreme court’s jurisdiction or for political appointment of judges favoring a diminished judicial role.

Bagatz opponents rely on two principal claims: a) that interference by unelected judges to curb behavior of elected representatives is “anti-democratic;” and b) that absent a written constitution, judicial efforts to circumscribe the Knesset constitute arbitrary applications of personal value preferences.

America’s abiding experience refutes the notion that judicial review of elected officials is anti-democratic. Its tripartite system demonstrates how an independent judiciary is an integral element in maintaining a democratic regime. Elected representatives occasionally stray from fundamental democratic safeguards like freedom of speech, assembly, and the press, or act to disadvantage minorities because of skin color, ethnicity, or religion. It is no accident that enlightened democracies like England, France, Canada, Australia, and even Germany have embraced an independent judiciary as ultimate guardian of a democratic regime.

Could Israel’s elected representatives also be prone to undemocratic excesses? Stretch your mind. Try to imagine Israeli governmental conduct in which an elected local council provides transportation to school for local Jewish pupils but not Arab pupils. Or imagine a system of domestic relations law in which the Knesset authorizes the orthodox rabbinate to control marriage and divorce to the detriment of non-orthodox Jews including those from the conservative or reform movements. How about administration of an education system under which Haredi schools are permitted to disregard a core curriculum critical to the well being of the State?

The notion that in the absence of a written constitution Bagatz relies on arbitrary, subjective values is vacuous. The British judiciary provides a venerable example of how fundamental principles of democratic government can be recognized from sources other than a written constitution. Bagatz likewise has found non-arbitrary sources and guidelines for its rulings. Israel’s 1948 Declaration of Independence offers important clues in its explicit assurances of freedom of religion and conscience as well as equality of political rights for all citizens. What are called Basic Laws adopted over the past 73 years regarding certain critical subjects (including freedom of conscience) provide another source of guiding principles. Halachic values and precepts can be informative. The constitutional values widely prevailing in enlightened democracies can provide a useful source. In short, Bagatz is not reliant on the whims and caprices of judges in shaping its rulings.

Bagatz detractors talk about judicial tyranny. Yet an independent judiciary has no means to impose its own will. Judges’ rulings are ultimately dependent on voluntary compliance by affected parties or enforcement by the executive branch. Chief Justice Esther Hayut has no militia or other enforcement resources. Bagatz prevails so long as its judgments are well grounded and persuasive enough to engender compliance.

About the Author
Norman Cantor is Distinguished Professor of Law, Emeritus at Rutgers University Law School. http://law.newark.rutgers.edu/faculty/faculty-profiles/norman-l-cantor His blog pieces, many focused on Israeli-American issues, have appeared in the Jerusalem Post, HaAretz, and the Faculty Forum of Scholars for Peace in the Middle East. His personal blog is at http://seekingfairness.wordpress.com. His recently published memoir is titled: "My Eccentric Family: Memories from a Communist, Mafioso, Zionist Past."
Related Topics
Related Posts
Comments