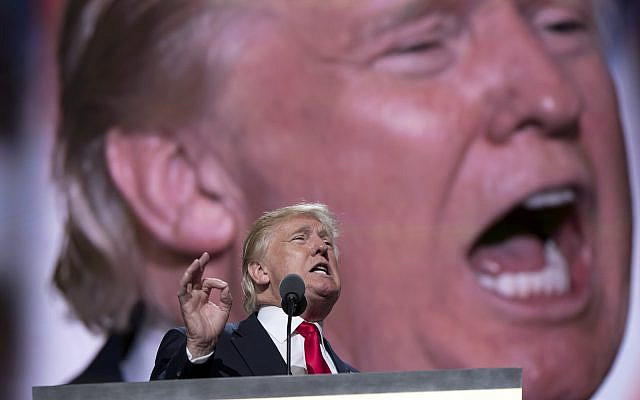 I’ve been in Jerusalem for the last two weeks, and while I always enjoy being here, I find – perhaps perversely – that it is especially meaningful for me to be here during hard times, like this current political moment. It is hard to be far away when the people of Israel are suffering; when I am here, I can see firsthand what you are experiencing and try to be with you in those moments of need.

Being here during this transition to the new government and seeing the first wave of changes in policies and procedures is evoking memories of the fateful first few weeks of the Trump administration in 2016 starting with the changes to the culture of American governance that Trump brought with him to the presidency, and then the disruptive first few months of his administration. In some ways, American political culture has since managed to recover from those disruptions, as Trump was repudiated by the electorate in 2020 and then again in the 2022 midterms; and as the Biden administration has succeeded, as measured by historical benchmarks, in advancing his legislative agenda. But in other ways, I think the American political climate is irreversibly altered, and the chaos that now defines the GOP as it took an astounding 15 votes to elect a speaker of the House indicates that Trump’s candidacy may be more of a marker than a blip.

Still, the experience of living through 2016 America taught me some valuable lessons about priorities and resilience that may be useful to those of you who oppose aspects of this new government, who may not have anticipated how radical some of its elements would be; and who may not feel fully prepared for both the emotional toll and the strategic uncertainty that a moment like this can bring. Here are a few:

Through the coalition agreements, the new Netanyahu administration has already empowered a set of outrageous individuals into the most right-wing government in Israel’s history. Some of these individuals are already disrupting political affairs: canceling contracts at the Diaspora Affairs Ministry and testing the Prime Minister’s resolve and the climate in the region by ascending to the Temple Mount. Their actions signal that other very real changes are likely on their way.

It is reasonable to feel outrage in these moments, but it is equally critical to assess quickly and carefully which changes are the inevitable stuff of the transition of power from one party to another, which changes are meaningful but will ultimately be reversible by a future administration, and which changes entrench new realities and create real danger that is irreversible.

The failure to draw these distinctions breeds confusion about priorities and can generate outrage fatigue, which felt pronounced to me among my friends. That a new government will cancel some contracts for projects advanced by their predecessors, or spitefully lift a sugar tax, may be frivolous and even self-defeating, but these efforts pale in comparison to the imminent risks to the region in disrupting the status quo on the Temple Mount, the proposed legal changes to the Supreme Court, and changes to the status quo in the West Bank. A responsible electorate needs to know where to focus its outrage. It is easy to get distracted and then to be burned out when it counts.

2. The response to extremism is anti-polarization and coalition-building

Extremism breeds extremism in a dangerous cycle. This is in many ways an extremist government, in its nationalism and in its rigid and reactionary definition of Judaism. It will be very tempting right now in Israel to respond with consistent and blanket opposition to everything the government says and does. These kinds of responses, with their own orthodoxies, will gradually become narrower and narrower, and they threaten to close off opportunities to align with moderates on one or more of these issues or to come up with new compromises or solutions.

Electorates tend to be far more ideologically eclectic and temperamental than any party can represent in their platforms. This is a powerful moment for the assembling of surprising coalitions and unlikely partnerships that, in addition to what they accomplish practically, gesture towards a better political alternative of anti-polarization. Such coalitions right now could include religious Zionists who feel betrayed by the values embodied by the party that bears their name on one set of issues, even as they remain hawkish on security and settlements, together with Israeli Palestinians who may feel now that centrist Zionists are at least a better bet than the danger presented by the current coalition, and many others. This may mean stagnancy in some areas of difference and compromise in others; but it is telling that Biden emerged in America as the consensus Democratic candidate in the face of far more ideologically pure alternatives on the left and is somehow managing to govern after Trump. Some amount of discomfort is good for politics – which is, after all, “the art of the possible.”

Contemporary political discourse tends to focus on ideology more than pragmatism, and as a result a loss can feel like a failure of ideas rather than failures to mobilize. In 2016 America, it was not clear whether the Trump election represented a total repudiation of historical American values, with a crass outsider crashing the party and destroying the system. It is not clear in Israel today either. It is easy to write thought-pieces on the death of Israeli democracy, or at least about its imminent demise – it is harder, and ultimately more productive, to get smarter about political organizing. And in some cases, it might not be that hard!

Right now, in Israel, it is tempting to be sad about everything and it is also right for those who feel they are losing their society to engage in some amount of cheshbon hanefesh, personal reckoning, for mistakes along the way. But it is downright dangerous to get stuck there and not to take the available opportunities to fix the political problems or mistakes that immediately preceded this moment. It reminds me of the book of Esther: when Mordechai hears about the edict against the Jews, he briefly mourns, putting on sackcloth and ashes. And then he gets busy, reading the map of his options and putting a plan in place.

The “Never Trump” movement among disaffected Republicans in America did not mobilize sufficient political support to stop the first Trump candidacy; and not surprisingly, “Just Not Bibi” failed similarly in Israel. The prerequisite for effective politics is a strong, affirmative case that offers a vision for the future. I am glad to see real conversations emerging about the need for greater clarity on what the center and center-left want for Israeli democracy and about how to ultimately resolve the tensions between Israel’s Jewish and democratic commitments. The right already has clear messages addressing Israel’s challenges; this is a moment to forge an alternative vision.

5. Our Societies Can Bounce Back

The most precious commodities we need right now are resilience and optimism. We can withstand difficult moments and we must be hopeful that alternatives will emerge. American political culture has experienced tremendous turbulence in the past decade, but it is proving itself to be surprisingly resilient. This is in part, I believe, because since the turbulent Trump years, Americans have started to disconnect a little bit from the constant attention to politics that had caused them to feel so dyspeptic.

The habit of being anxious about politics compounds itself. Resilience relies on the slower work I’ve outlined above: prosaic politics, coalitions and relationships, sincerity and character, and the ability to pick our spots for outrage and raising our voice. It is better for a society to work towards a better future even amidst an uncertain present, and even knowing there will be setbacks, than to accept a fatalist narrative of inevitable collapse and give up entirely.

In returning to America, I do not envy the moment that so many of you are experiencing right now. Some reports say that more than 60% of the electorate feels scandalized by some of the appointments and actions of this coalition government. But there is power hidden in those numbers. Maybe this message from a friend from afar can help as you move from the fear phase to the planning phase. I hope this earned wisdom is helpful. And please know, we American Jews are with you on this journey.

About the Author
Yehuda Kurtzer is the President of the Shalom Hartman Institute of North America and host of the Identity/Crisis podcast.