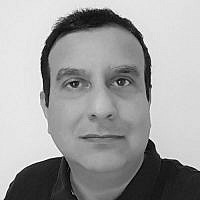 The Blogs
Josh Daniel
Apply for a Blog
Advertisement
Please note that the posts on The Blogs are contributed by third parties. The opinions, facts and any media content in them are presented solely by the authors, and neither The Times of Israel nor its partners assume any responsibility for them. Please contact us in case of abuse. In case of abuse,
Report this post.

The eventual outcome of operation Protective Edge is bound to have wide reaching implications. Not just on future relations with the Palestinians but also on Hamas patrons in Syria, Iran as well as Hezbollah in Lebanon. The eyes of Israel’s adversaries will be sharply focused on how things unfold in this round of fighting with Hamas to exploit weaknesses at a later stage. Such that any decision to end the operation prematurely only to set the clock back to understandings reached in November 2012 would be insufficient to say the least. Neither have we seen any practical gains as yet nor any guarantees that would restore calm especially to citizens in the south. Thus, it would seem logical and imperative to continue the operation until the objectives are achieved in their entirety.

Undoubtedly Hamas’ ability to launch rockets against civilian targets within Israel needs to be eliminated completely, whether by force or through international mediation. Israel’s sense of resolve will be put to test in the decision to initiate a ground offensive to destroy Hamas’ rocket launching infrastructure as well as underground tunnels used for carrying out terrorist attacks inside Israel. While third-party intervention is welcomed to try and end the operation as quickly as possible and limit the loss of human life, it is difficult to imagine Hamas agreeing to say ‘demilitarize’ the Gaza strip in return for a lifting of the economic blockade on the area. Either way any agreement on the cessation of hostilities must include an attempt to systematically cleanup rocket stockpiles as a prerequisite, however unlikely that may seem.

Operation Protective Edge also highlighted the flaws in intelligence gathering. Neither military intelligence nor the security services seem to have had any information regarding Hamas’ long range capabilities reaching the northern parts of Israel. These failings need to be corrected immediately with the teams responsible for the critical task of monitoring the buildup of tactical and strategic weapons in the hands of our sworn enemies. Obviously it would be impossible to know everything, yet not knowing that Hamas is in possession of rockets capable of hitting even Haifa is a failure no less.

The Air Force has been doing a disciplined job striking at operative targets in Gaza while trying to minimize civilian causalities on the other side. That is no easy task evidently. Still there does not seem to be any impact on Hamas’ rocket launching capabilities at the present time. The bright spot in the battle is obviously the outstanding performance of the Iron Dome defense system which has been able to intercept and destroy incoming rockets with a ninety percent success rate. Who would have imagined that intercepting the trajectories of rockets in the air would one day become a reality? The US Strategic Defense Initiative ‘Star Wars’ program in the eighties was shelved as technologically infeasible, but Israeli ingenuity has proven that even the impossible can be made possible while providing a defensive blanket to protect the entire population.

Post operation Preventive Edge, Israel needs to further reinforce its ability to prevent missile attacks on its citizens. This should include strengthening the Iron Dome system as well as hasten the completion of a layered defense network to deter the use of short and long range conventional as well as non-conventional weapons. Furthermore, the political leadership needs to decide whether there is a long-term military solution to acts of aggression in the region. Going from the hesitation and lack of willingness to enter into a conflict with Hamas prior to the start of operation Protective Edge, that option looks less and less achievable.

Operation Protective Edge may well probably be a watershed in the realization that a military response to routing terror in the region is inadequate. Going forward, Israel needs to continue to enhance offensive and defensive means to prevent rocket attacks on its civilian population. Second, with chaos in neighboring countries developing even closer cooperation with Egypt, Jordan and maybe moderate Gulf countries is in Israel’s direct interest. Third, Israel has no choice but to sit down with the Palestinian Authority with all its limitations and negotiate a settlement that would include the necessary security mechanisms to protect Israel’s borders from terror in the future.

About the Author
Josh Daniel is an international sales & business development executive. He has held senior positions in hi-tech companies in Israel and has a passion for writing on technology, political & international affairs.
Related Topics
Related Posts
Comments