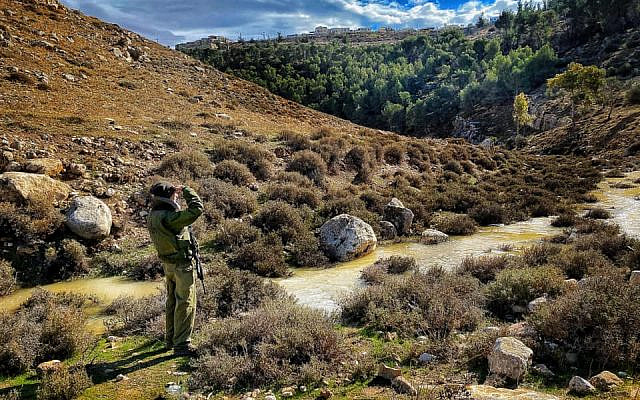 The neutralization of Iranian Major General Qassem Soleimani comes as no surprise for readers of Shadow Strike: Inside Israel’s Secret Mission to Eliminate Syrian Nuclear Power (Yaacov Katz, St. Martin’s Press, 2019). Soleimani’s fate mirrors that of Israel’s decade-ago targeted assassination of Hezbollah’s chief of operations, Imad Mughniyeh. He was, according to Katz, “Iran’s primary terror emissary in the Middle East.” A joint CIA-Mossad intelligence-sharing operation eliminated him. And now unconfirmed reports are emerging the two agencies cooperated in targeting Soleimani.

There are some important lessons about the balance of terror on the international scene in the fast-read engrossing book. Katz effectively uses stories and conversations to highlight his lessons.

Katz uncovers the details of why and how Mughniyeh was killed. First, there is the lesson of patience. It took patience, persistence and verifiable espionage to get the target at the right time in the right location to get the point across. Eventually, a bomb was planted in the trunk of his car on the streets of Syria’s capital by Israel’s super-secret Kidon unit.

Mughniyeh was Iran’s liaison to the Syrians, Hamas, and Islamic Jihad. He met with Soleimani who was responsible then for Iran’s “overseas activities.” Israel’s message was clear to its enemies. “No one and nothing (the Syrian reactor) was (sic) out of reach. If the Mossad could get its hands on Mughniyeh in the heart of Damascus, they could get their hands on anyone.”

Soleimani grew to be a nuclear actor. Soleimani boasted in 2008 to U S General Petraeus: “You must know that I, Qassem Soleimani, am in charge of the Iranian policies concerning Iraq, Gaza, and Afghanistan.” He shipped arms, IEDs, and bombs from Iran to kill allied troops in Iraq and Afghanistan. Spy agencies and national leaders from Canada to Japan, across Europe and the Middle East, even the UN, labeled Soleimani a terrorist and placed sanctions against him.

Another lesson learned has to do with national self-interest. Nothing tops it. Israel has a long reach and willingness to do almost anything to survive its hostile neighbors. Self-interests override friendships and redefine international rules.

The strike on the nuclear reactor was a time-consuming espionage enterprise. Verifications of information were necessary as new facts emerged. How might the capricious leader of North Korea react after his substantial investment explodes and to the possible death of his nationals helping build the reactor? What about Turkey and Erdogan’s desire to lead the Islamic world? Might the neutralization of Soleimani push Iran into a shooting war that media predicted can trigger World War III?

Now it seems unlikely Russia and China are going to war to avenge Soleimani just as we learn from Shadow Strike that the Bush administration made it abundantly clear to the North Koreans Israel’s airstrike was in its existential self-interest. After the strike on the reactor, “interactions” between North Korea and Syria were “no longer at the level that it had been before the Israeli airstrike.”

Another lesson the West poo-poos but dominates the Middle East is that the future depends on the memory keepers. The influence of history directs current events. For instance, Jews in Israel no longer view themselves in victim mode. The Holocaust is past but remembered. Israel is the means “Not to forget. To rely only on ourselves.”

“What most people don’t know is that Israel is the only country in the world to have attacked and destroyed two nuclear reactors in two different countries…(and) Israel will always use military force to prevent its enemies from obtaining nuclear weapons,” Katz reminds.

Allies have to respect each other’s self-interests. Bush had reasons not to attack the Syrian nuclear reactor. Israel allegedly wanted to neutralize the Iranian general three years earlier according to emerging news reports but the Obama administration thwarted Israel’s plans. With Soleimani posing no existential threat to Israel her leaders deferred to President Obama’s purported self-interests. Patience won out in this case when the Trump administration took action. It leaves Israel publicly blameless thus avoiding an all-out shooting confrontation with Iran.

ABC.net News labels Soleimani’s neutralization as “a watershed moment in the Middle East conflict.” Soleimani was more a traditional warlord than a modern general. Let’s not aggrandize his memory but learn the lessons of dealing with a terrorist state.

About the Author
Dr. Goldmeier is a former Research and Teaching Fellow at Harvard University and teaches international university students in Tel Aviv. His new book is HEALTH INSIGHTS @ http://www.amazon.com/dp/B01E3S2MU0 He served in the administrations of three US governors and Surgeon General, is a commerce and industry consultant, writer, and public speaker on social, health, and public policy issues.
Related Topics
Related Posts
Comments