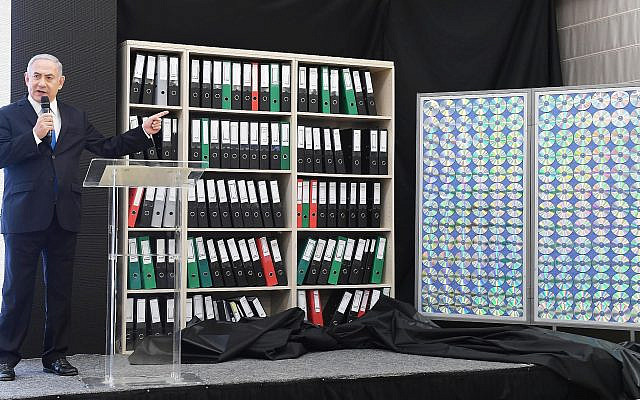 As the Biden administration seeks to reengage with Iran over its nuclear program, recent history should inform any future negotiations with Iran. Most significantly are the lessons learned from Iran’s nuclear archives seized in 2018 through the daring raid of Israel’s Mossad. As a result, there are more experts in the field of nuclear proliferation who now agree that the parameters of the 2015 Iran nuclear deal are insufficient to prevent a nuclear-armed Iran.

In 2015, the debate over the Iran nuclear deal, (the Joint Comprehensive Plan of Action or JCPOA) became so politicized that people on both sides of the issue became stuck in their own viewpoints. However, the revelations from Iran’s nuclear archives allow us to move beyond partisan politics. In that regard, it has been especially helpful to listen to the views of nuclear experts in the United States who are not affiliated with political parties.

One example is a team of scholars from the Harvard Kennedy School’s Belfer Center for Science and International Affairs. The team was given unprecedented access by the Israeli government to study the Iran nuclear archives. In a 2019 public briefing they stated, “Iran’s senior leadership approved a program to manufacture nuclear weapons and carry out an underground nuclear test. This was a coherent, organized, top-down program, not a rogue operation.”

David Albright, a nuclear weapons expert and founder and President of the Institute for Science and International Security also studied the nuclear archives. In a panel discussion in 2020 he said, “What Iran has is a program to produce nuclear weapons on demand.”

Why are these conclusions so important?

During and after the negotiations over the JCPOA, Iranian leaders, especially Foreign Minister Javad Zarif, consistently denied that they ever had any intention to build nuclear weapons. Although western intelligence agencies certainly suspected that Iran had a covert nuclear weapons program, absent the evidence gathered from the Iran nuclear archives there was no way to prove that Iranian negotiators were lying. Since the discovery of the archives in 2018, all that has changed.

Given this new reality, more nuclear experts now agree that the flaws in the 2015 JCPOA would be insufficient to prevent Iran from developing nuclear weapons. David Albright said, “In fact, Iran likely supports the JCPOA in part because the nuclear deal does not do well at preventing or exposing such a nuclear weapons program.”

The main reason for Albright’s bleak assessment is in what are commonly referred to as the “sunset provisions” of the 2015 JCPOA.

According to the JCPOA, between years 10 and 15 of the deal, the restrictions on Iran’s uranium enrichment activity would “sunset” and be eliminated. After 2030, Iran would be free to build as many centrifuges as it wants and enrich as much uranium as it wants, including at higher levels of purity closer to weapons grade uranium.

All this would open the door for a situation known as “breakout”, defined as the time it would take a nation to develop enough highly enriched uranium for one nuclear weapon. With the lifting of restrictions on Iran’s uranium enrichment capacity after 2030, Iran’s “breakout” timeline would be counted in weeks. At that point, no amount of international inspectors would be able to detect and provide adequate warning to prevent nuclear breakout from happening.

A new and improved JCPOA would eliminate the “sunset provisions”, the fatal flaw of the Iran nuclear deal. Recently, an open letter to the Biden administration from the non-partisan advocacy group, United Against Nuclear Iran (UANI), addressed the issue of uranium enrichment among other issues with the JCPOA.

The letter stated, “We must return to the principle of zero enrichment or reprocessing or risk a nuclear arms race in the Middle East. The JCPOA represented a departure from the previous international demand of zero uranium enrichment or plutonium reprocessing. These conditions are recognized in the United States as “the gold standard” for the international licensing of US nuclear technology for peaceful purposes.”

And that leads to the most important question of all. If Iran’s intentions, as they state, are to develop nuclear power for peaceful purposes, why would Iran need any capacity to enrich uranium?

Today, there are 31 countries in the world that use nuclear power to generate electricity. However, there are only 13 countries that enrich their own uranium. Canada, for example, has 19 nuclear reactors, but no capacity to enrich uranium. In fact, since 2010 Iran has been generating electricity from a nuclear power plant at Bushehr where the nuclear fuel is supplied through an agreement with Russia.

As the Biden administration seeks to reengage with Iran over the JCPOA, it should take into account the opinions of experts in the field of nuclear proliferation. As David Albright, Olli Heinonen, the former Deputy Director of the International Atomic Energy Agency (IAEA) and Andrea Stricker wrote in an article they co-authored, “The revelations from the archive should motivate the United States and its allies to push harder to fix the flaws in the Iran nuclear deal or reach a replacement agreement. Iran will be well positioned to make nuclear weapons at a time of its choosing once the nuclear deal limitations end, and could also make them much more quickly than the world previously assessed.”

At the end of the day, the stated goal of the 2015 JCPOA was not just to delay, but to permanently prevent, Iran from ever developing nuclear weapons. Given the fact that Iran has consistently lied about its intentions to build nuclear weapons, and given its continued threats to the destruction of Israel, the stakes could not be higher.