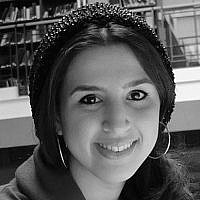 The Blogs
Mijal Bitton
Apply for a Blog
Advertisement
Please note that the posts on The Blogs are contributed by third parties. The opinions, facts and any media content in them are presented solely by the authors, and neither The Times of Israel nor its partners assume any responsibility for them. Please contact us in case of abuse. In case of abuse,
Report this post. 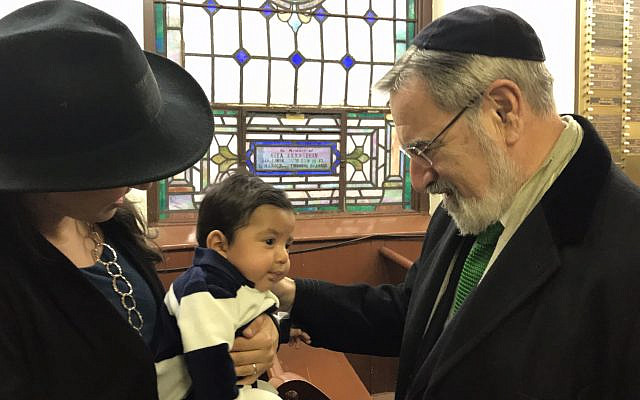 Five years ago, on Shabbat Vayera, Rabbi Jonathan Sacks of blessed memory taught me a critical lesson about leadership.

It was two days before my due date, and I was excited I hadn’t delivered yet so I could still hear Rabbi Sacks address the community I help lead, The Downtown Minyan. Rabbi Sacks did not disappoint. He gave an impassioned analysis of the most charged and complex event in the Torah portion for that day — the binding of Isaac. He cited explanation after explanation of God’s strange command to Abraham to sacrifice his son and described each as irreconcilable with our vision of God, our tradition, and parenting. Then he argued that Hashem sought to communicate that parents do not have ownership over their children. We might be seduced by the idea of controlling our children, we might seek to make them in our image, and we might even attempt to subsume them for the family’s benefit — but this is not God’s way. The message of the Akedah, this binding of Isaac, is about the ultimate independence of children as individuals, a proclamation that “parenthood is not ownership, but guardianship.”

Just a year later, I introduced Rabbi Sacks to our community again and suggested (jokingly) that his words have the power of a segulah, a good luck charm of sorts. While he was speaking about parenting, I started having contractions. The next morning, I gave birth to our first child.

In the hospital, the year before, as I held my newborn baby, my husband Sion shocked me by telling me that Rabbi Sacks was on the line waiting to speak with me. He had heard I had given birth and called to offer his personal congratulations and blessings on our journey to parenthood.

Through the haze of exhausted joy, I turned to Sion and told him I couldn’t believe Rabbi Sacks had tracked down my number and called. With this, Rabbi Sacks modeled how a Jewish leader should behave: with a level of thoughtful kindness that makes others feel seen.

There hasn’t been a day in this last year since Rabbi Sacks’ passing that I haven’t thought about him or mourned him. I feel his absence keenly, as the person who represented the embodiment of the Jewish covenant that shapes my life.

Admittedly, when I first heard he was moving to my neighborhood in downtown Manhattan for his tenure as an NYU professor, I was apprehensive. I had idolized the elegance of his writings, the way he made his readers both think and feel, and the confidence of his voice. I wondered if he would ever live up to the celebrity surrounding him.

I didn’t know that over the semesters he’d spend in lower Manhattan, I’d get to know Rabbi Sacks in a way that went beyond his role as a prominent public intellectual.

For instance, I soon discovered Rabbi Sacks, the mentor. I saw the way he met with young Jewish leaders, especially rabbis, and counseled them on how to negotiate their careers in the Jewish community. Once, I heard a young rabbi share with Rabbi Sacks the struggles he was having with some members of his congregation. That same week, when Rabbi Sacks visited that synagogue, I noticed he began his speech by praising the rabbi. On several occasions, I was grateful to engage in discussions with him about questions I was researching at the Shalom Hartman Institute, concerning contemporary Jewish identity. I even sent him an article I wrote on the matter and was taken aback by his generosity when he called with feedback and suggestions. Rabbi Sacks was deeply supportive of younger professionals who dedicated their lives to the Jewish people.

I saw Rabbi Sacks champion women as Jewish leaders. He was not a revolutionary but embodied an Orthodoxy dedicated to evolutionary ethical advancement, including insisting on the absolute necessity of having women be teachers of Torah. He advised me when I asked for help thinking through the role of Jewish women in our tradition, and he supported me by coming to the minyan I co-lead and honoring my leadership in public. I’ll never forget what happened after one meeting in which I expressed deep anguish over some of the obstacles I faced as a woman negotiating leadership in a traditional milieu. Just a couple of days after this conversation, I was present at a Shabbat dinner with hundreds of people. Rabbi Sacks spoke about the power of individuals to transform the world and specifically mentioned women in Jewish history who shaped the course of our people’s destiny. “You see, Mijal,” he turned and addressed me in the middle of the speech, “Jewish women changed our history.” I felt touched, knowing that even as he was speaking before a large crowd, he somehow had the sensitivity to encourage me and other traditional Jewish women seeking to carve out new paths forward.

I also met Rabbi Sacks, the husband. Seeing him and Lady Elaine together was a lesson in the power of enduring love. The open admiration and respect they expressed towards each other were inspiring. Sion and I would always remark how much we loved seeing them walking hand in hand to and from communal events in lower Manhattan.

And I was privileged to witness Rabbi Sacks at prayer. Glimpsing his contagious happiness and hearing his enthusiastic singing with students was a declarative statement about a life dedicated not to thinking about Judaism but to living it with ferocious joy — this was key to Rabbi Sacks’ Jewishness. He wasn’t a disengaged scholar of Judaism; he cared with every fiber of his being about what it means to live in this world and in relation to the Almighty as a passionate Jew.

The last interaction I had with Rabbi Sacks was during the start of the pandemic, back when we had no idea how it would develop. I didn’t know he was sick then, and I was astonished by how he kept producing and sharing messages of Torah and faith when so many of us felt like our world was collapsing. How could he be so strong and optimistic? I reached out to his chief of staff, Joanna Benarroch, who over the years had become a friend, and I asked her if the rabbi could share some words of encouragement. At the time, I was part of an interfaith Facebook group with thousands of rabbis, priests, imams, and other clergy, who felt the weight of the world on their shoulders. Our congregants were suffering, and we were terrified by the uncertainty of our future — yet somehow we were supposed to lead with even more strength in this difficult moment. Did Rabbi Sacks have any advice for us?

I thought Rabbi Sacks might write this group a note, but he didn’t. He instead sent a recording of a 10-minute video filmed in response to my question, in which he spoke about what it means to lead throughout a crisis and how leaders can draw strength and courage in difficult moments. He advised us to learn from Moses and make sure we had an Aaron — a friend, a partner, or a colleague — to help hold up our arms when we tire. Without giving us any indication of his own personal struggles, Rabbi Sacks shared his blessing that we would not only survive this pandemic, but succeed in serving our communities. Interfaith clergy across this network reacted with awe that Rabbi Sacks would take time to give us what so many described as a “gift.” Rabbi Sacks helped us look forward while confronting a world that had been brought to its knees.

The night I learned of Rabbi Sacks’ passing, I was overwhelmed by the magnitude of the tragedy that his demise represented for the Jewish people and people of good faith everywhere. His loss also felt deeply personal. I still don’t have the right words to express how much I miss living in a world where I knew he was alive, and it is something of a struggle to share thoughts about his life.

Rabbi Sacks was no mere public intellectual. He was our ambassador to the world, a loving transmitter of our texts, a brilliant pedagogue on matters of faith and morality, and a masterful conveyer of ideas. He taught us what it means to be confident that our Jewish tradition represents the most sophisticated and moral insights on human life, and pushed us to consider how to confront the dangers faced by our people with a sense of courage and solidarity with others. He demanded we uphold the joy of our majestic covenant and resist retreating into despondency. In a world that feels increasingly broken, his courageous moral clarity feels more absent than ever. I have yearned countless times for the comfort of knowing he would provide new words to guide us.

But I know Rabbi Sacks did not seek to inspire us only in his lifetime.

With his love of the Jewish past and his devotion to the Jewish future, Rabbi Sacks modeled his faith in the chain of transmission of our people. His teachings often focused on the notion that every individual has a role to fill and gifts to share with others. A metaphor from the Ba’al Shem Tov that Rabbi Sacks popularized by making it the title of one of his books was that we each are like a letter in the Torah scroll, absolutely necessary and indispensable for the flourishing of our sacred covenant with God and with others.

Through this overarching vision, Rabbi Sacks embodied the message he detected in the Akedah, the binding of Isaac. That our children — and our students — are not ours to mold in a single image. Through his writings and actions, Rabbi Sacks sought to empower each of us to take ownership over our Jewish future.

Our generation will forever be indebted to Rabbi Sacks, of blessed memory, for every kernel of Torah he taught us through his ideas and personal example. And we can best live out this gratitude by internalizing his faith in us, remembering that we can each transform the course of our people’s destiny.

About the Author
Dr. Mijal Bitton is Scholar in Residence at the Shalom Hartman Institute of North America and the Rosh Kehilla of The Downtown Minyan.
Related Topics
Related Posts
Comments