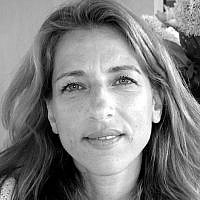 The Blogs
Michal Hubschmann
Founder & CEO of VDroom, Extreme Athlete
Apply for a Blog
Advertisement
Please note that the posts on The Blogs are contributed by third parties. The opinions, facts and any media content in them are presented solely by the authors, and neither The Times of Israel nor its partners assume any responsibility for them. Please contact us in case of abuse. In case of abuse,
Report this post. 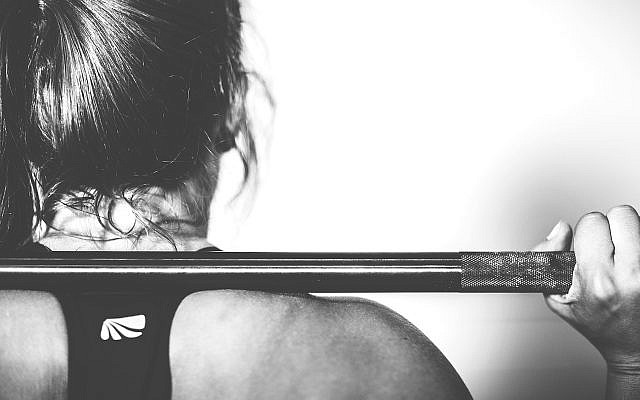 Standing waist deep inside a frozen lake–in the heart of Finnish winter–I knew I was in for a challenge. I was competing in the Polar Bear Pitch, a start-up competition with one small catch: I needed to deliver my pitch while immersed in a hole cut through the frozen Baltic Sea.

I had trained for this moment for weeks, taking ice baths and cold showers to acclimatize my body to new temperatures. The intensity of the ice was a new sensation for me, especially as an Israeli more accustomed to extremes of heat than of cold.

But I was no stranger to self-discipline.

In Israel, people point to army service as key to the start up nation success. But for me, that training started much earlier. As a teenager, I trained every day as a long jump athlete, with dreams of making it to the Olympics. I was used to pushing my body to extremes, crowded an Israeli long jump championship at the age of just 16.

The way I saw it, succeeding in the Polar Bear Pitch would be no different from any other athletic challenge.

With the proper physical training (the ice baths) and mental preparation, I would keep my eyes on the prize, ignore the cold, and deliver a pitch as if I were standing in my own living room.

And, amazingly, it worked!

But, my foundation as an athlete helped with so much more than becoming the Polar bear Champion. It was a key preparation for start-up life.

I began my first company during the dotcom boom in 2002, investing $3 to buy the domain easytobook.com. I saw the growth of the web as a huge opportunity to shift travel agency services online, and decided I wanted in on the action.

I was new to the travel space, but what I lacked in knowledge, I made up for in discipline and focus. That mindset allowed me to seize a new opportunity to start a company in a new space, not as an “expert” but as a “trainee” with the confidence that I would figure things out along the way.

Confronting new challenges was familiar to me: As an athlete, I was never fully satisfied with my progress, always pushing towards the next goal. When opportunities presented themselves, even if I was not fully ready, I learned to push myself beyond my comfort zone.

In the same way I was able to stand in that frozen lake and not “feel” the cold–or at least not let it affect me–I’ve trained myself to “tune out the noise” and laser focus on my goals. It was the same when I trained as an athlete. Winning was as much about my mental focus and state of mind than my physical prowess.

Part of self-discipline is about ignoring the noise–Many people offering their opinions, whether solicited or not. The trick is to filter through all this noise, and take only the advice that instinctively feels right.

A friend of mine once told me you can always tell a woman plays sports simply by her posture. The simple act of “standing tall” can often help you project confidence. I think this is so important because as an entrepreneur, you experience many “no’s” and rejection on a daily basis.

“Ignoring the naysayers” sometimes means ignoring self-doubts and negative voices inside my own head. But confidence–even if it’s only an illusion–is key.  Why would someone invest in you if you don’t believe in yourself?

For the first few years of the company I worked alone and I believe the most important person you have to count on is yourself. When you fail, you are alone. Nobody comes to people who are failures. People forget about you. But if you are mentally strong, you don’t let this influence you, and you retain the strength to keep going.

Self reliance doesn’t mean you don’t consult with others or strive to build a team. In fact, I have have several mentors, whose guide us in our strategic decisions. They played a similar role to my coaches in my early athletic days.

And while I began the company on my own, slowly, slowly I built a team and grew it to a few more European cities. When the time was right we scaled to over 100.

In the decade since my $3 investment, I managed to conquer my doubts, ignore the noise, stand tall, scale the company, and shake up the travel field.

In 2011, we sold easytobook.com to BCD holdings, one of the largest travel companies in the world. At that time, we had 80 employees and a turnover of EUR 100 million.

Once at athlete, always an athlete

It is this same determination and dedication that I take with me to my current company VDroom, a content management system for hotels to showcase 3D versions of their properties. In a sense, I have been “training” for this opportunity my whole life, honing the goal setting abilities that have gotten my company featured in over 100 hotel chains globally, in the span of a year in a half.

But this is only the beginning.

Entrepreneurship, like extreme sports, is not for the faint of heart. And while all all entrepreneurs face hurdles in founding, leading and scaling their business, I draw unique strength from my sports training to get me through any challenge life throws in my way.

About the Author
Michal Hubschmann is a former Israeli Long Jump Champion and CEO of VDroom, a leading 360° content management system for property owners. She is a veteran of the travel industry, and sold her first start-up, Easytobook.com to Dutch based Travix (BCD holdings), one of the largest travel companies in the world.
Related Topics
Related Posts
Comments