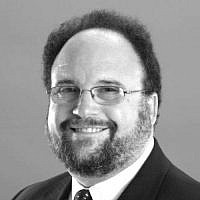 The Blogs
Joshua S. Finkelstein
Apply for a Blog
Advertisement
Please note that the posts on The Blogs are contributed by third parties. The opinions, facts and any media content in them are presented solely by the authors, and neither The Times of Israel nor its partners assume any responsibility for them. Please contact us in case of abuse. In case of abuse,
Report this post. 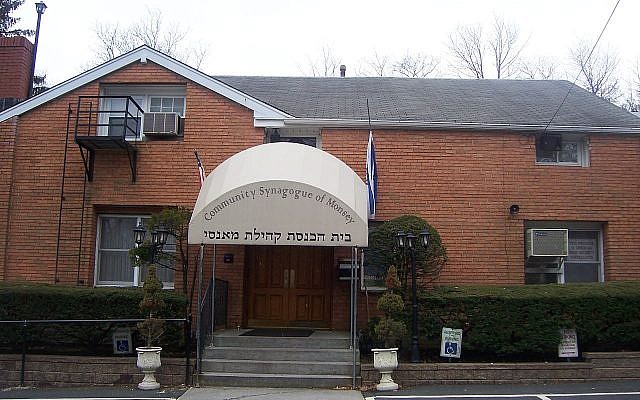 Illustrative. The Community Synagogue of Monsey, NY, in 2008. (Wikipedia)

With the shorter days of midwinter, saying mincha, the afternoon prayers, can be a challenge. The afternoon can zip by, and dusk approaches all too soon. Under normal conditions, mincha in the winter is an exercise in mindfulness, but when you are saying kaddish for a family member, it takes on an urgency.

A number of years ago, while I was serving as the rabbi of a Conservative synagogue in northern New Jersey, I faced this reality when my mother passed away. With the development of the internet, finding a minyan was a much easier exercise than it had been for a previous generation. Online minyan maps and websites allowed me to find minyanim throughout the metropolitan area, easing the sense of urgency, while opening me up to other opportunities.

Throughout my year of saying kaddish, I found myself in all types of minyanim. I prayed in synagogues and offices, in factories and lobbies, with egalitarian minyanim and with chasidim, at day schools and yeshivot, among Ashkenazim and Sephardim.

Depending on the service, the words of the kaddish changed. I learned to add words when praying in Sephardic minyanim, to say it faster in some minyanim and slower in others. I remember feeling a sense of awkwardness, the first weeks I was saying kaddish. I attributed most of it to the loss of my mother, but some of it was due to praying in different venues and with different communities.

Years later, I find myself on a somewhat similar, but different journey. My mother-in-law recently passed away, and now my wife is saying kaddish. If I found the responsibility of finding a mincha service to say kaddish daunting, it would be doubly so for my wife. Ours is an egalitarian Conservative shul, so even if she were the only one saying kaddish, the community would respond amen. But we do not have a daily mincha, so saying kaddish means finding a minyan that would welcome her.

Based on my previous experience saying kaddish, I didn’t know what to expect.

A little over a year ago, we relocated to Montebello, N.Y., in Rockland County. Montebello is part of the town of Ramapo, and it borders Monsey. Rockland is a unique place. I knew that from my first visit to buy kosher meat. There are other communities that have a large kosher supermarket with a butcher section and cooked meats, but most don’t have so many offerings. Driving through Rockland and shopping in Monsey, it is apparent how different the demographic makeup of Rockland County is from my previous communities. While there is a plethora of kosher foods and a deep Jewish infrastructure here, there is also a deeply diverse Jewish community that often seems to live in parallel worlds, even as they drive on the same streets.

We share the same history, read the same Torah, and pray to the same God, but we often look at each other as the other. We focus on our differences, not on our commonalities. We see each other’s shortcomings, glancing over each other’s gifts. It seems that we have lost the ability to see the Jewishness, if not the humanity, in each other.

With this all this in mind, I began to look for a minyan for mincha. While the robust Jewish community made it easy to find a minyan, the nature of the community made me question if I could find one where a woman could say kaddish.

In the past, I would find a minyan, show up, and begin praying. Now, wanting to avoid discomfort for my wife, me, and anybody else, I decided to call first. The calls were an exercise in engagement. As I explained our need, I was met with quizzical questions. “You know we are an Orthodox minyan?” “Would you be saying kaddish, too?” In a call to a phone number I was asked if I could wait while he checked with the rabbi. One rabbi told me it was not their custom, but a woman would be welcome as long as a man would say kaddish with her.

From the onset, we had known that we would make compromises to find places to say kaddish. While we are egalitarian in practice, my wife values her obligation to say kaddish. Though our preference is not to daven with a mechitzah, and we count women in our minyan, we accept the reality that not every Jew does, and not every community is like ours. While some people didn’t fully understand why a woman would feel obligated to say kaddish, there was an acquiescence as we began to find places where she could say it.

At one business, the owner welcomed us into his office. When we asked about help to find a minyan for another day, he gave us the name of a place in Monsey. In Monsey, we were told woman don’t usually say kaddish, but there was a women’s section in the back. Over the past weeks, our discomfort melted away, as people would nod and greet us, accepting us, as we accepted them. Orthodox congregations opened their doors, and shop owners made accommodations. Through conversations, barriers came down and defenses were lowered. We are not the same, but we do have much in common. While our accents, pronunciations, and even prayers differ, and some pray from a Sephardi prayer book and others from an Ashkenazi one, our belief in one God and our shared history bind us together.

We acclaim our shared belief in one God twice a day, when we say “Shema Yisrael” — “Hear O Israel the Lord our God the Lord is One.” It is that core belief that is found on every mezuzah that is affixed to the doorpost on every Jewish home and is inscribed on the tefillin worn when we pray each weekday morning. In the Talmud (Brachot 6a) our rabbis speculate about “God’s tefillin” and say that in God’s tefillin is the verse, “who is like your people Israel, one nation on the earth.”

We will not always agree. We do not practice the same way or live similar lives. Our choices will differ and our lifestyles diverge, but in spite of all our differences, what we share is greater than what separates us. As Jews, we are at our best when we remember that we are one people worshipping one God, a lesson learned long ago and relearned saying Mincha in the middle of winter.