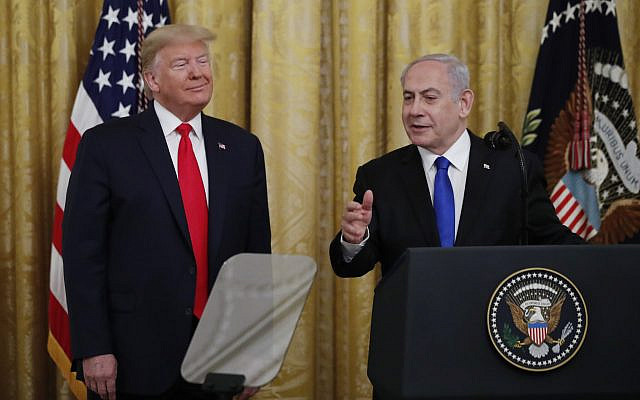 Israeli Prime Minister Benjamin Netanyahu speaks during an event with President Donald Trump in the East Room of the White House in Washington, January 28, 2020, to announce the Trump administration's much-anticipated plan to resolve the Israeli-Palestinian conflict. (Times of Israel - AP Photo/Alex Brandon)

As a people, the lessons of what happens when Jews expect others to be responsible for our collective well-being have come at an unimaginable cost. While the speed at which we learn those lessons is different in the 21st century, the lessons themselves are from time immemorial. Nevertheless, we find ourselves in a perilous era in which those who actually are responsible for a free, thriving, secure, independent Jewish State are scorned, castigated, and, in a more modern sense, ‘canceled,’ while those whose lives will be unaffected by the consequences are held up as our sage guarantors of salvation and protection. 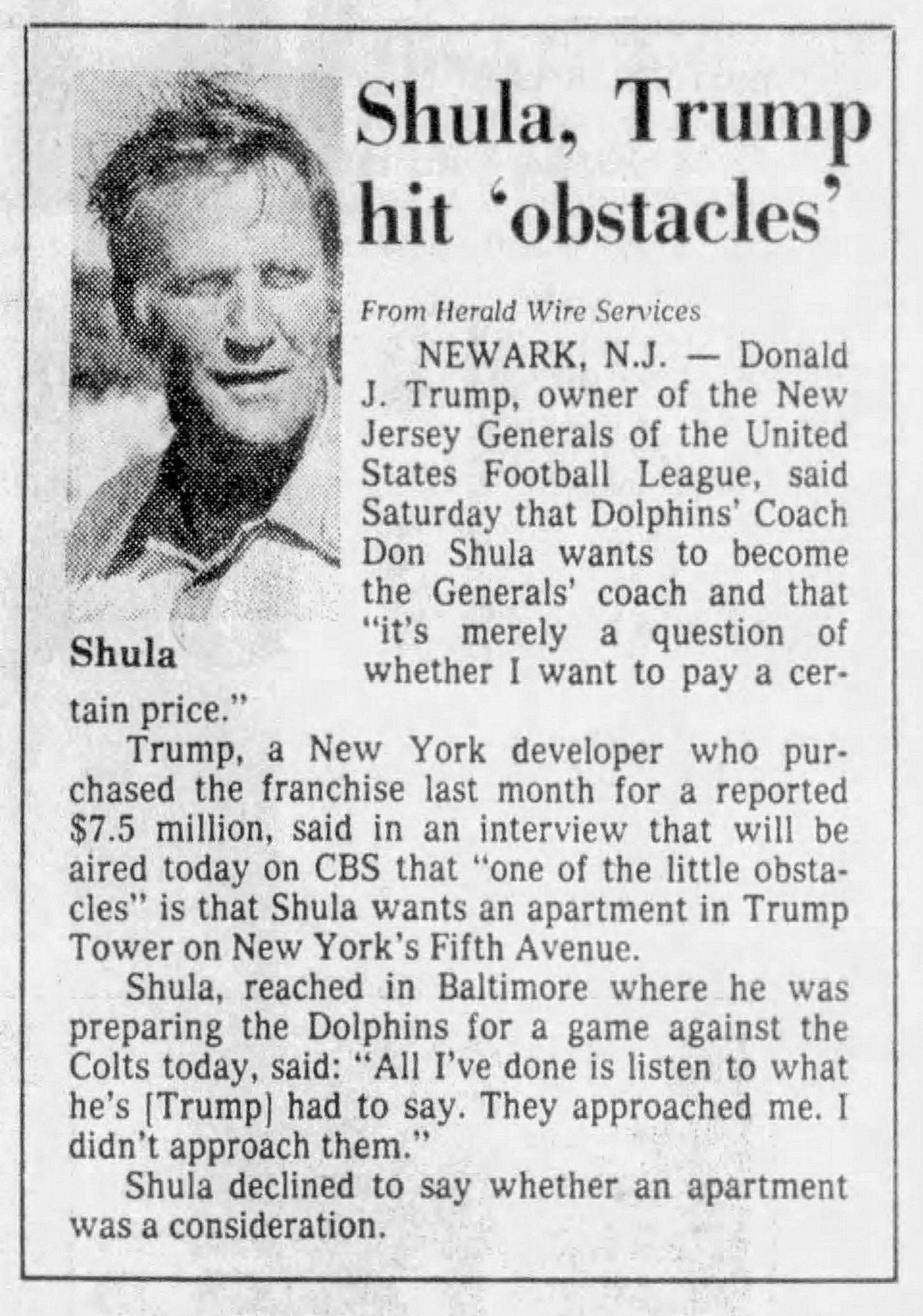 Headline from the day 241 American Marines were murdered in Beirut. Fast forward and that same Donald Trump is looked to as the protector of Israel’s future. (Courtesy: Newspapers.com)

On that tragic Sunday when Iran and Hezbollah murdered hundreds of sleeping American peacekeepers (leading US forces to abandon the area almost entirely and allow Hezbollah and Iran to step into a void they continue to fill until this day to the detriment of millions of Lebanese), Kushner’s future father-in-law was focused on the New Jersey Generals, a sports team Donald Trump had recently purchased in the short-lived United States Football League. On that particular day, Trump was struggling to lure Miami Dolphins head coach Don Shula to lead his team.

At the same time, Benjamin Netanyahu was deputy chief at Israel’s embassy in Washington — having been recruited to serve by then-ambassador Moshe Arens. By 1993, Netanyahu had already published, “A Place Among the Nations: Israel and the World.” [I’d first met Netanyahu weeks after the horrific Beirut bombing. He was a last minute substitute for Ambassador Arens, who was scheduled to speak at an event I’d organized with other pro-Israel student activists at Indiana University in Bloomington.]

Fast forward to January 28, 2020. The same Donald Trump is now a TV celebrity and America’s 45th president. Kushner has become a successful real estate developer, is married to Trump’s daughter Ivanka, given relatively free rein by his father-in-law to work with then-US-ambassador David Friedman and then-Israeli ambassador Ron Dermer on US-Israel policy initiatives, and is busy building his brand. As that week’s TIME Magazine cover story attests, Kushner is succeeding. Benjamin Netanyahu is well on his way to becoming Israel’s longest serving prime minister, has known Kushner from Jared’s early childhood, and been friendly with the Trump family for decades. 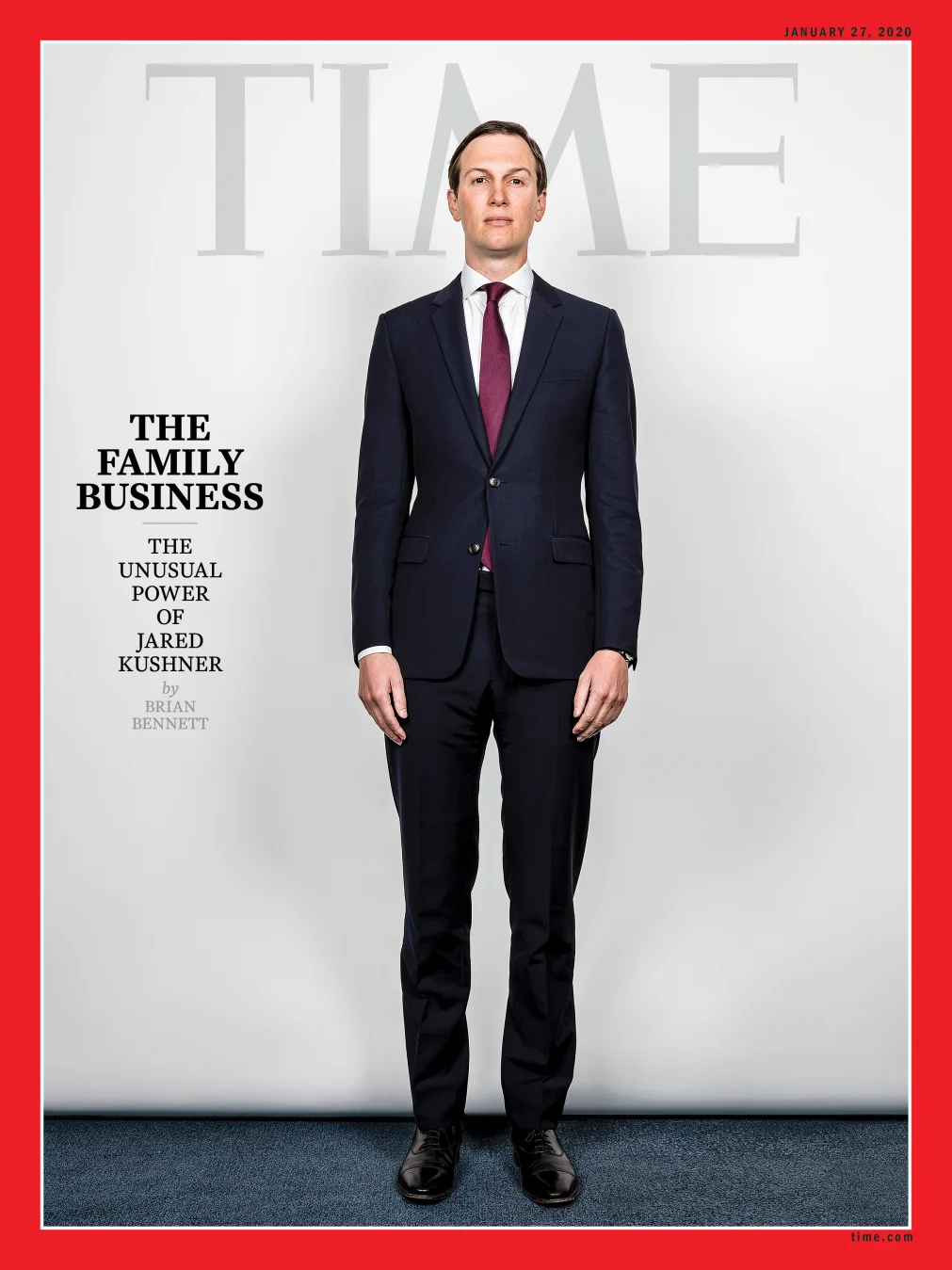 Trump, Kushner, and Netanyahu are at the White House for the president to announce a new US “vision for peace.” Back in Israel, Netanyahu antagonists are in overdrive to bring down the nation’s most popular leader of his generation by criminalizing his efforts to obtain positive media coverage, be responsive in typical democratic fashion to the requests of influential business leaders and constituents, and accepting token gifts that are counted in bottles of champagne and cigars from a billionaire supporter.

It’s the events of that particular day that Times of Israel Editor David Horovitz describes as “fiasco,” “trainwreck,” and “derailed,” even before readers get to the first sentence of his actual essay, which many will never reach.

Kushner’s upcoming White House memoir, “Breaking History,” is the latest source for Horovitz’s reporting. However, it’s the context, assumptions, perspective, and conclusions woven throughout the essay that are most troubling.

“A very strange thing happened in the East Room of the White House on January 28, 2020,” Horowitz writes. “US president Donald Trump unveiled a painstakingly constructed ‘Vision to improve the lives of the Palestinian and Israeli people,’ much of which was music to the ears of the average Israeli. But then-prime minister Benjamin Netanyahu, standing alongside him, immediately subverted it.”

Of the three — Trump, Kushner and Netanyahu — there was only one who was standing among that group as the leader responsible for the future of the nation and people of Israel. Of the three, there was only one who came with the knowledge, wisdom and perspective to even begin to meaningfully consider how the day’s announcement might ultimately impact Israel’s future, and also bear the consequences.

What’s astonishing is that rather than provide even a scintilla of context to the roles, perspective and obligations of the gathered dignitaries, a leading Israeli journalist gives all credence to people far more attuned to the nuances of narrow domestic and personal considerations, while entirely dismissing those of a historic leader who has lived, learned, served and sacrificed for the State of Israel and the Jewish people in an entirely different magnitude.

About the US “vision for peace” event on which Kushner reflects in his memoir, Horovitz tellingly concludes: “It was not, however, good enough for Netanyahu.”

To compare Netanyahu’s perspective and obligations with those of people who have devoted minutes or seconds for each of his years of actual painstaking study, analysis, and strategizing could be considered absurd. Yet Horovitz’s essay reflects what has become nothing less than pathological for more than a few good people who care deeply about Israel but appear to have had their good senses hijacked.

As a people, the lessons of what happens when Jews expect others to be responsible for our collective well-being have come at an unimaginable cost. While the speed at which we learn those lessons is different in the 21st century, the lessons themselves are from time immemorial. Nevertheless, we find ourselves in a perilous era in which those who actually are responsible for a free, thriving, secure, independent Jewish State are scorned, castigated, and, in a more modern sense, “canceled,” while those whose lives will be unaffected by the consequences are held up as our sage guarantors of salvation and protection.

“I am not a Jew with trembling knees,” prime minister Begin responded to senator Biden when threatened with consequences for disagreeing with aspects of US policy. “I am a proud Jew with 3,700 years of civilized history. Nobody came to our aid when we were dying in the gas chambers and ovens. Nobody came to our aid when we were striving to create our country. We paid for it. We fought for it. We died for it. We will stand by our principles. We will defend them. And, when necessary, we will die for them again, with or without your aid.”

Some lessons — particularly those that influence life and death matters for the Jewish people — shouldn’t have to be learned over and over again.

About the Author
Seth Eisenberg is President of Purpose Built Families Foundation, a former At-Large chair of the National Writers Union, elected labor leader, and pro-Israel activist. He can be reached via LinkedIn at linkedin.com/in/setheisenberg/.
Related Topics
Related Posts