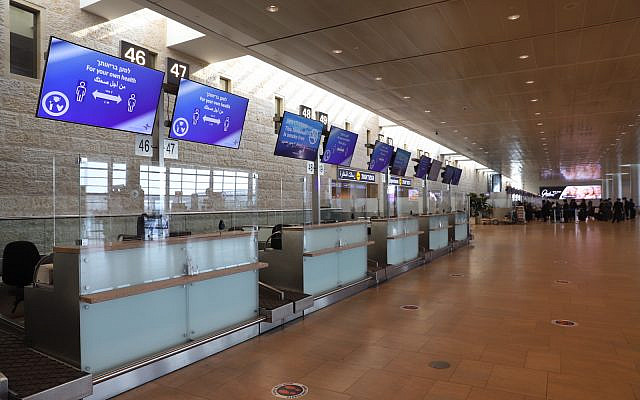 This past week has been hell, as Israelis – mostly English-speaking immigrants – who were abroad for family and business reasons have been stuck there, unable to return to Israel. I have been bombarded with requests for help, and, along with MK Michal Cotler-Wunsh, have spent most of my time trying to help – usually to no avail.

To give you a sense of what is going on: mothers went abroad to visit aging or ill parents and are stuck there with infants, while their children back in Israel have to function – or not function – without their mother around; there are new olim who were granted some vacation time who are now at risk of losing their jobs in Israel because they have not returned; there are people who have run out of their medication abroad and cannot access any more; there are Israelis who received their first dose of the vaccine who will now exceed the time one is allowed to wait between doses, and will have to deal with the mess of trying to start the vaccination process again once they return to Israel.

The reverse is true as well. There are dozens of new olim who have turned to me because they have parents who are dying abroad and need to be with them in their waning moments. Sadly, some missed being with their parents when they died due to the draconian rule not allowing anyone to leave the country.

I am all for rules to fight the spread of Covid mutations. But a country filled with new immigrants who have relatives and businesses abroad cannot impose these kinds of rules without a clear and simple method to allow for exceptions and emergencies. A country should never close its doors to its own citizens.

This current Israeli government has wreaked havoc in people’s lives for no reason and must change the rule not allowing Israelis to come back to Israel. Immediately.

Similarly, it must rethink its policies not allowing travel abroad and must create a simple mechanism for emergency situations.

The dysfunction of the government reached its peak this past Thursday and Friday. Due to our public pressure, the government announced on Thursday that “rescue” flights for Israelis would be allowed on two Israir flights from Frankfurt to Israel – one on Friday and one on Sunday. I posted this information, sent out private messages, and the Sunday flight filled quickly. People went to get corona tests to fulfill the requirement of a negative test within 72 hours of the flight. I could hear the collective sigh of relief as hundreds of Israelis planned to return home.

The government then changed its mind on Friday and canceled the Sunday rescue flight from Frankfurt! No explanation. And no compassion!

People had already flown to Frankfurt from around the world. They would now be stuck in a city with no place to stay or plans for food. Others bought tickets for flights to Frankfurt on Saturday and had no idea if they should board those flights. We called ministers. We sent emails. We explained how this is not acceptable.

Then on Saturday night the government announced that there would be rescue flights from Frankfurt – but only on Monday. This meant that people would have to make plans for an extra day in Frankfurt, or scramble to get there on Sunday. Even worse: if they need a negative Covid test within 72 hours of the flight, their tests from Thursday would not fit the criteria! Now what are they supposed to do?

We are now pressuring the government to make an exception and allow them to fly with a negative test from Thursday.

The government must come to its senses and change these policies immediately. They must allow Israelis to enter Israel together with strict rules and enforcement over quarantine, which is relatively easy to do: the airport is something that we can actually control and monitor. But Israel has failed in this realm.

Someone pointed out that more Israelis have died from our peace with the United Arab Emirates than in all our years of no diplomatic relations because of the lax rules regarding travel to and from Dubai. This needs to be rectified immediately, instead of punishing Israelis who are stuck abroad due to our government’s incompetence. Similarly, the government must allow people to fly abroad.