It’s been a summer of games.

The Olympics awed us, showing us how far we can continue to push the human body. And when we turned away from our TVs, we saw people engaged in a different type of entertainment, Pokemon Go. The summer has been dominated by these two kinds of games: one an ancient one, and the other an example of the latest advancements in gaming — augmented reality (AR) adventures, where players use technology to experience an enhanced world.

Games do date back to our oldest civilizations. The Greeks may be among the world’s most well-known game inventors and players, but there were many more in the ancient world. In meso-America, ball games invented in the pre-classical period (2500-100 BCE), probably by the Olmecs, sometimes were a matter of life and death. Played, as the Olympics originally were, for religious reasons, the games ended with the sacrifice of the losing team.

The “bread and circus” entertainments of the Roman empire are another notorious example of the brutal history of games; we often seem not to have used them to augment reality in any positive way. Fortunately, examples abound of more beneficial outcomes of our ability to play. (One of those examples is any kindergarten class.) 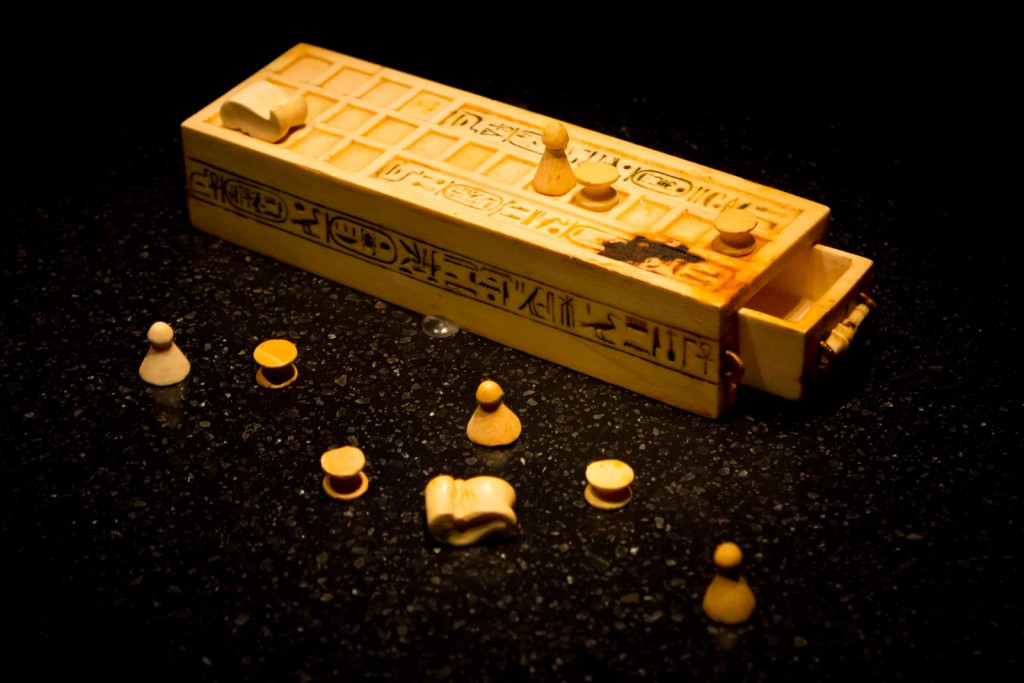 Senet, a board game from ancient Egypt, dates back to 3100 BCE. This set was found, fully intact, in the tomb of King Tut

Still, parents are right to be concerned about gaming. Watching or participating in athletic competitions may be popular and bonding pastimes all over the world, and we also might connect with friends over Candy Crush or Settlers of Catan, but the vastness of the digital gaming empire can take us aback: it’s a billion-dollar industry, attracting millions of users. To return to our Pokemon Go example, statista.com tells us that 75 million Americans played it in July and August alone.

As our kids head back to school, we may be starting to curtail gaming time, but don’t be surprised to see games pop up in the classroom — and I’m not talking about just kindergarten. For the past decade, game-based learning has grown increasingly popular, and with educational leaders now focused on changing not simply course content or educational technology tools, but the very way we teach, it’s no wonder educators are tapping into the power of games.

The Importance of Purpose — and Hard Fun

First of all, games are engaging. They’re fun, and part of the fun stems from the rules that give games their purpose and set forth the obstacles participants have to overcome. As gaming guru Jane McGonigal put it in a 2013 convocation speech at the University of Miami:

“Take the game of golf, for example. The goal is to put a small ball into a small hole. If you weren’t playing a game, and you wanted to achieve this goal, you’d just walk right up to the hole and drop the ball in. Easy! But when we’re playing golf the game, for some reason, we agree to stand really far away from the hole. And to make things even worse, we use a stick to try to somehow get the ball from where we’re standing into the hole, way over there. This is a terrible way to try to achieve the goal of getting a small ball into a small hole. But we love it! Because golf is a game, and games are about the art of the hard part. Games remind us that we actually have more fun when things are more difficult.”

Anyone who’s watched a baby or young child figure stuff out knows that the hard-but-fun struggle to overcome obstacles is the natural and engaging way people learn. Somehow we’ve forgotten this important truth over the last 100 years of schooling. Returning games and fun to the process of learning will help us reach a greater number of learners, and those interested in game-based learning (GBL) know this.

Adults, too, are finding that the joy of gaming provides extra benefits. A recent New York Times article by Chris Colin, “Your Vacation Mission? Find This Stolen Horse,” describes a Bay Area getaway, where adults are launched on a carefully designed quest to solve the mystery of a stolen horse. Along the way, which is peppered with actors playing the horse owner and the various characters who have come in contact with him and the missing animal, vacationers are treated to delicious meals and sumptuous views. The deluxe version of the trip even includes a Mustang 😉 convertible in which to conduct the investigation.

Colin writes of his and his wife Amy’s experience:

“Susan Orlean once said travel is best when you have a purpose of some sort — a quest, a mission, something to focus you when you’re in a new place and clueless over how to engage it. Attuned to the task at hand, suspicious of everything, our senses sharpened. We looked at people more closely, looked at California more closely. Amy noted that she’d never really gazed up at the cathedral of redwood branches arching overhead on Lucas Valley Road. ‘We shell shock you into receptivity,’ [game designer and maker of ‘mixed-reality entertainment’ Gabe] Smedresman told me later.”

So game-based learning is also about giving kids something sharp to focus on and a clear purpose that will “shock them into receptivity.” Games enable better and deeper learning. 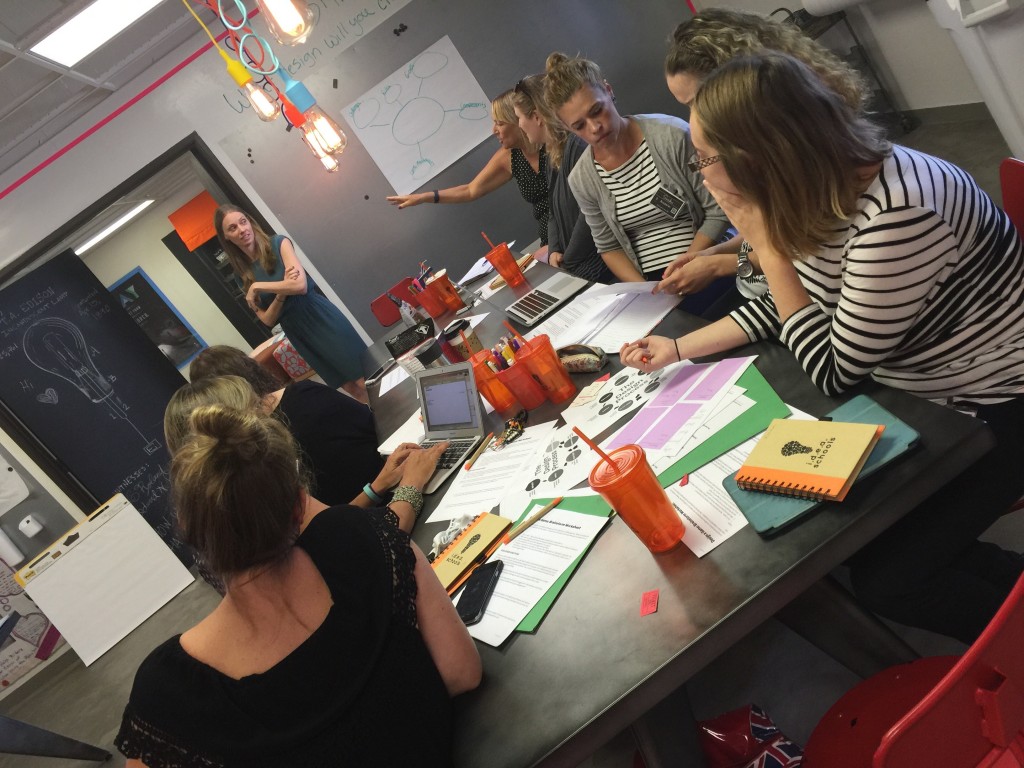 Another reason gaming has grown more popular is because it is process-oriented. It’s one of the pedagogies, along with project-based learning (PBL), that’s concerned with how students learn and the success skills they develop that are crucial for life. One of those skills is the ability to deal with failure, but because school has created a kind of zero sum game when it comes to success and failure, students don’t see the latter positively at all. And yet failure is a constant of life, and something that we need in order to ultimately succeed.

In games, failure is a given. Watching kids play a game, trying to get to the next level, you know they’re constantly trying to figure out how to best the game: They have to decipher exactly what it is they’re doing right and what it is they’re doing wrong, often while defeating an opponent at the same time. And they don’t view their failures in the same devastating way they would a low test or report card grade. Failure is simply a way of moving forward in the game or in discovering what to do better the next time.

My colleague Sarah Blattner introduced me to the language of gaming, and to the notion that in games we often don’t refer to failure as “failure.” Games instead create a “pivot or persevere” mentality, one in which we’re constantly making decisions about when to change tack or when to persist in our actions. And this worldview is so beneficial to a healthy life. Success comes not in spite of failure, but because of it, because we were unsuccessful in finding solutions to a problem before we found the one that worked, or because we had ideas that went nowhere before we had an inspired one. We’ve had relationships that petered out or were fractured and ended badly, and we’ve experimented with myriad ways of being and behaving that were ineffective but that eventually showed us a path to more healthy living and better selves. In short, this whole enterprise of life is just one big “game” of deciding when to pivot and when to persevere, and yet we often insist that the best way to get at students’ knowledge is to give them a test in which there’s one right answer to a question. On closer reflection, it seems pretty silly to do so.

And speaking of reflection, another part of process-oriented pedagogies such as game-based learning is this component of reflection. Games sometimes ask us to map decisions and become aware of the choices we’re making, and developers now are interested in exploiting this positive aspect of gaming.

My colleague at Magen David Yeshivah High School, Ariella Falack, won the Jewish Education Project’s Young Pioneer Award in 2016 for her work in game-based learning. She’ll be leading a cohort of educators in GBL, and this summer she attended a GBL conference where she worked to create an ethics game with a high school physics teacher and a professor of ethics at Massachusetts College of Liberal Arts. The point of the game, which won funding at the conference to be developed this year, is to challenge students to consider multiple perspectives of an ethical dilemma and to chart the consequences of prioritizing one value over another when making a final decision. The game shows students that in real life we deal not with black and white issues, but with constant nuance and often competing loyalties. It asks students to reflect on who they are as people and what values are most important to them at a given moment.

Though the history of games shows that even when they were married to religion, they sometimes could be brutal, today we’re seeing an interest in using games to build values and the ability to make values-based decisions in our students. In a recent training session with teachers at Yeshivat Noam in Paramus, we bandied about an idea for a simulation, a game based on Build-a-Bear, where students would have to build their ideal presidential candidate. Over the course of the game, they’d have to figure out how to speak politely with someone who holds opposing political beliefs. The teachers and I discussed how to get kids to apply the rules of chavruta learning, where you are engaged in active and lively — but respectful — debate, to conversations about political difference. We imagined what it would be like for students who engaged in this kind of “game” to then enter the world as citizens, ones who were informed and curious and who knew how to treat any person, even an opponent, with dignity.

Now that would be an augmented reality.