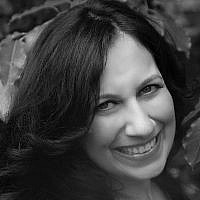 Now that there’s been a cease-fire (though incendiary balloons have been raining down on Jewish communities in Israel’s south) and the headlines have moved on, it’s time to clarify some misconceptions.

The first misconception is that Israel is an “occupier.” When you hear this term, please know that those who believe this mean that the whole of Israel is occupied. That’s right. Israel is an occupier of what was once Muslim land (the area called Palestine was a territory under the Ottoman Empire, which fell after WWI). When you hear cries about Gaza, while Israel did have thriving communities in Gaza with greenhouses that employed Arabs and brought flowers to the world (literally, those in charge of the greenhouses were huge exporters of flowers) one should be aware that Israel painstakingly pulled out of the Gaza Strip in 2005. Israel even uninterred its dead. There is not one Israeli dead or alive (unless Hamas has the remains of our captured soldiers, but that’s a different discussion) in Gaza today. What was left? Infrastructure that could’ve been taken over easily by the Gazans. Instead, Hamas was elected to run the Gaza Strip. Run it into the ground. The humanitarian aid it receives has very little to do with humanity and everything to do with terror. Instead of building schools and using money for vaccines, Hamas builds tunnels and missiles. And those who live there, those who are referred to as “Palestinians,” should be referred to as Gazans, and most have Egyptian lineage.  Gaza was won during the defensive operations of the Six Day War in 1967, along with Sinai. Fun fact — when Prime Minister Menachem Begin gave Sinai away in a peace deal with Egypt, Gaza was offered as well. Egypt refused to take Gaza back. And here we are.

The second misconception is that Israel threw out Arabs from their homes in Jerusalem leaving them homeless. This simply is not true. The homes the Arabs lived in are Jewish-owned homes, dating back to the 1800s. There has been a civil dispute going on for decades. The bottom line is that there are owners of the home and people who live in those homes who refuse to pay rent. We have a term for that. Squatters. And it is illegal in any other country.

The third misconception is that Israel went into the Dome of the Rock and murdered Arabs praying during Ramadan. Actually, Arabs were terrorizing Jews praying below at the Western Wall. For those who have never been to Israel, The Dome of the Rock is built upon the Jewish Temple Mount. The Western Wall (which was the retaining wall to the Temple) is below and to the right. Israel went in to prevent more rocks from raining down on worshippers and to quell the terror — a defensive measure, which, if this happened in any other country, would barely make the news.

While there are many more issues that need clarification, there’s a more insidious problem we are facing, and that is of people, Jews included, who are uneducated in the history of the Middle East, ready to take up the cause of the oppressed. The oppressed, of course, being the Palestinian Arabs.  When presented with the facts and asked to define “Palestinian” they seem flummoxed. But they’re an oppressed people so that’s all that matters. When presented with the facts of who is doing the oppressing, once again, they’re at a loss for words, yet convinced that Israel is at fault. This is the result of the indoctrination of antisemitism and anti-Israelism through our institutes of higher learning as well as mainstream and social media. People have a desire to align themselves with groups that take on a humanitarian bent. They care about the poor, downtrodden so they latch onto a cause without ever doing the homework. In truth, their activism does nothing to help the so-called “Palestinians” — if anything, it hurts them. An incident comes to mind when Boycott, Divestment and Sanctions (BDS) supporters, in its nascent years, rallied to shut down Soda Stream which was operating in Judea/Samaria. Soda Stream was forced to relocate, hurting all the Arabs who were employed at the factory. But hey, BDS won, and that’s all that matters.

With antisemitism at an all-time high here in the States, we don’t need to appease the feelings of those who sip their lattes and drone on about the poor Arabs and the false narrative of what big bad Israel does to them. Big bad Israel is the size of New Jersey and has arguably the most humane army on the planet. There are many wealthy Arab nations across the Middle East who could stretch out a hand to help their brethren. Ask yourself why they don’t. Search out the truth, look with skepticism at the headlines and question what you’ve been taught. Our future depends on it.