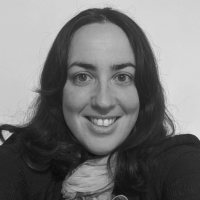 The Blogs
Louise Moont
Apply for a Blog
Please note that the posts on The Blogs are contributed by third parties. The opinions, facts and any media content in them are presented solely by the authors, and neither The Times of Israel nor its partners assume any responsibility for them. Please contact us in case of abuse. In case of abuse,
Report this post. 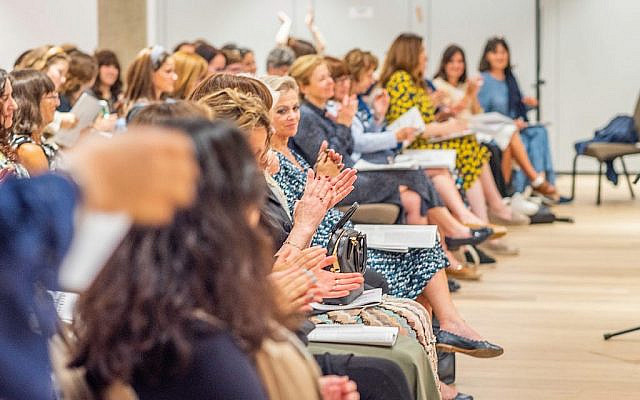 “Outside the synagogues, the young girls stay chattering; they walk away from the synagogue… they leave behind them the wailing of the older generation and follow the urge for freedom and self-expression. Further and further from the synagogue they go, further away, to the dancing, tempting light of a fleeting joy.’

These are not the words of a shul onlooker over the recent High Holy Day period. Yet the challenge of ensuring young women in our communities need not seek out “the tempting light of a fleeting joy” to find fulfilment and self-expression remains as great today as it ever has.

These are the words of a humble Polish seamstress who, in 1917, despite having almost no formal Jewish education herself, created a revolution in Jewish women’s education. The prevailing view had been that the teaching of Torah to women was prohibited according to Jewish law, but in the context of growing religious alienation among young women, Sarah Schenirer went on to open more than 200 ‘Beis Ya’akov’ schools with nearly 40,000 students in pre-war Poland. For the first time, women’s thirst for Torah was being quenched.

One might have expected that a century later, the landscape would look completely different. Yet, there still seems to be a cultural glass ceiling preventing women from developing their interest in Torah education. This was a problem identified by Chief Rabbi Ephraim Mirvis when he came into office and there are opportunities available to women now that would have been unthinkable, even 10 years ago.

When I became a member of the United Synagogue (US) and started a family, women could not serve as chairs of an Orthodox shul let alone as US trustees, educational initiatives seemed to be mainly aimed at men and the idea of a female Torah scholar was largely unheard of.

I was recently elected as vice chair and women’s officer of Borehamwood and Elstree US. A woman’s officer is a new position, which ensures that catering for the spiritual needs of Jewish women is never an afterthought.

There are now more than 30 such positions in UK shuls and the possibilities that presents are huge. It is now common for our community to host female Torah scholars and, importantly, it is widely accepted that men have as much to learn from these outstanding educators as women do.

The Chief Rabbi’s Ma’ayan Programme, created a UK based qualification to train 10 outstanding female leaders and educators for the Jewish community. As well as being qualified advisors in Taharat Hamishpacha (laws of family purity), women’s health issues and pedagogy, their very presence as speakers and teachers in our communities ensures young women have role models to emulate for religious leadership.

Before Rosh Hashanah, I joined more than 300 women from 50 communities for an evening of study and motivation. It was the latest in a series of events under the Chief’s Neshama brand, created to encourage more women to take part in Torah learning opportunities.
It was a remarkable evening of education by women for women for every level of knowledge. Some taught through traditional textual sources, others though art, music and even yoga.

I left feeling enriched – but also that there should have been three thousand women there, rather than three hundred.

We have some distance yet to travel – but more than ever before, opportunities for women to learn are being provided by the Chief Rabbi, the United Synagogue and others – and they are increasing.

Judaism has such wisdom and inspiration to offer to those who seek it. I would encourage as many women as possible to reach out to the rebbetzen, women’s Officer or Ma’ayan to explore the kind of topics that interest them.

There is no end to the fulfilment that Torah study can provide but so many women feel awkward about taking the first step.

During the course of 5780, I hope that many more women will follow in the footsteps of Sarah Schenirer and take a chance on Torah education.