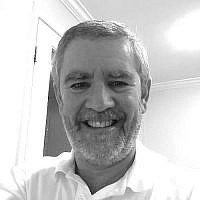 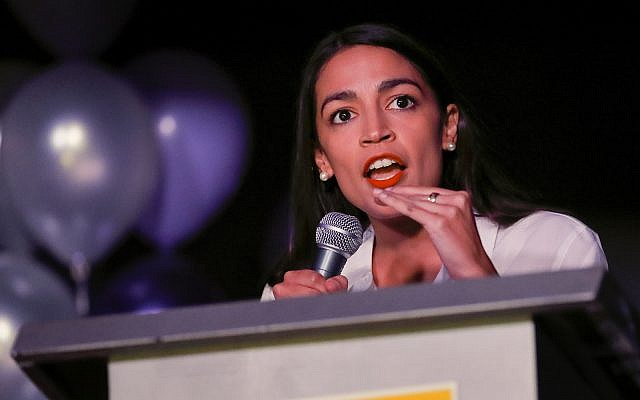 Alexandria Ocasio-Cortez speaks to supporters, Tuesday, Nov. 6, 2018 in Queens the Queens borough of New York, after winning the race for the 14th Congressional district of New York. (AP Photo/Stephen Groves)

After being challenged to speak with Palestinians directly from left-wing Zionist friends, I thought that that was a good idea and took to having a conversation with any Palestinian who’d agree to chat with a proud Religious Zionist with gusto. The conversations varied in quality, of course, but there was a common theme to almost all of them: an utter refusal to accept the reality of Israel, as a state, as a nation, as a people.

The refusal of reality varied, from the nasty people who told me that since I was was a white man I was not a real Jew to the nice people who were willing to accept Jews living in what used to be Palestine as long as they got to move to the house their great* grandparents lived in, but the fact that their former dhimmis had defeated them in battle and conquered the Land that they claimed as their own was never acknowledged.

As was the fact that they have absolutely no way of realizing their dreams of “return”. The fact that the are hopelessly outgunned by the IDF, that there is nobody coming to take on the IDF for them, that their fellow Arabs have largely abandoned them is just glossed over. Somehow, someway, the Jews are just going to disappear and they will move to their ancestral home, put the key that they’ve been passing down through the generations into the lock, open the door and they will live in what they consider to be dignity.

But before we Zionists get too snide in our disdain for the Palestinians, it would behoove us to face our own denial of reality: the United States is turning blue (i.e. Democratic) fast and hard, and the Prime Minister of Israel is doing his level best to associate Israel with President Trump and the Republican Party: 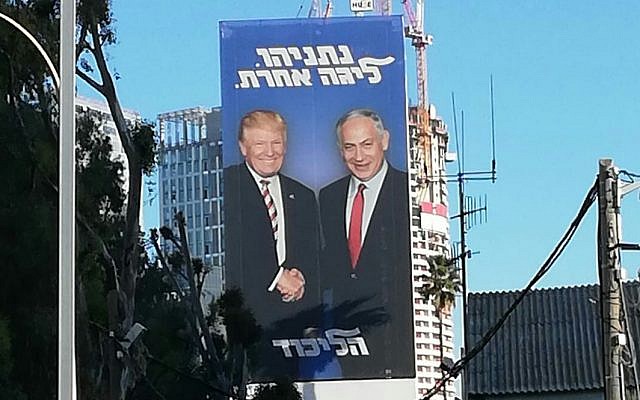 While this ploy might work to get Netanyahu reelected, it is a terrible mistake for the State of Israel to be associated so completely with Trump and the Republican Party. Because the reality that many Zionists don’t want to accept is that the Republican Party drowned in a blue wave last November. Some cold hard facts to ponder:

Now, the United States is a Republic, not a Democracy, in that rural state voters are electorally privileged by the Constitution. Since rural states tend to vote Republican much more than the more populated states do, and therefore it is unlikely that the Republican Party would go the way of the mid-19th Century Whig Party, an argument can be made for Zionists to seek refuge in the upcoming Republican archipelago. But before the retreat to the high Red ground begins, consider these facts:

So, if Zionists are willing to consider accepting the fact that the future of the US is going to look a lot more like Ms. Ocasio-Cortez than Mike Pence, what would that mean? Here are some of my own thoughts; my point in writing this article is to inspire those better at this kind of thing than a computer programmer to come up with even better ideas:

I also have a half-crazy fantasy that someone should invite AOC, as she’s now known, to be named Grand Marshal of Tel Aviv Pride. Aside from the sheer schadenfreude of watching the anti-Zionist Left go crazy, I hope it would spark a real debate as to the insidious libel of “pink washing”. As if it makes sense that “woke progressives” support Islamic fascists dedicated to destroying the one socially liberal society in the entire Middle East.

But please dear readers, take this as a challenge to come up with better ideas than mine.

About the Author
Stephen Hirsch is a software developer who leads an Observant Lifestyle in Teaneck, NJ.
Comments