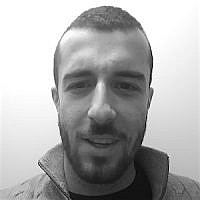 The Blogs
Eric Sumner
Apply for a Blog
Please note that the posts on The Blogs are contributed by third parties. The opinions, facts and any media content in them are presented solely by the authors, and neither The Times of Israel nor its partners assume any responsibility for them. Please contact us in case of abuse. In case of abuse,
Report this post.

As Prime Minister Benjamin Netanyahu reportedly thanked US President Donald Trump yesterday for his “strong statement against anti-Semitism” during his joint address to congress, anti-Jewish hate crimes are clearly on the rise in the United States.

Both the Anti-Defamation League and FBI report an uptick in anti-Semitic incidents since Trump’s election, and the desecration of Jewish cemeteries and bomb threats to Jewish community centers have been widely covered in the media. Indeed, the alt-right keyboard warriors were at it just a few weeks ago when American Jews marched through Washington and New York City demanding that we open our doors to refugees. “Sure, Jews, take your refugees—in Israel,” “Israel should adopt an open-border immigration policy,” and the like spammed the #JewsforRefugees hashtag feed that was trending on Twitter.

First of all, these people are clowns. Dangerous clowns, yes, but clowns nevertheless. I won’t waste anyone’s time dismantling their fallacy-based “argument.”

Second of all, none of this proves that President Trump is, personally, an anti-Semite. I’m not a Trump spokesman. I’m not here to defend the president or attack the media—especially when the latter has done a decent job covering news during perhaps the most tumultuous news cycle in recent memory. But the fact that the president’s daughter and son-in-law are Orthodox Jews is not meaningless. The fact that the prime minister of the Jewish state calls Trump a friend to Israel is not meaningless. It’s not characteristic of an anti-Semitic president to open his first address to Congress with a statement referring to threats targeting Jewish communities as “evil.”

Trump deserves every bit of criticism he gets. Neither Breitbart nor Levin claimed that Obama personally spied on the then-candidate, yet there the president’s tweets were Saturday morning, suggesting his predecessor may be mentally ill. Imprecise language from the leader of the free world is unacceptable (and, unfortunately, to be expected for the next four years).

Imprecise, inflammatory language shouldn’t be accepted from Trump’s opponents either. Trump’s blanket condemnations of banks and the media during his campaign only invoke anti-Semitic overtones among anti-Semites and those who seek substance where there is none. There certainly isn’t enough evidence to prove that Trump is, personally, anti-Semitic.

Of course, the various endorsements for candidate Trump from neo-Nazis and members of the Ku Klux Klan didn’t help his case, nor did his reluctance to condemn these groups. Who knows, maybe the 45th president does hate Jews.

The point is, we don’t know.

About the Author
Eric Sumner is a freelance writer based in Silver Spring, Maryland.
Comments