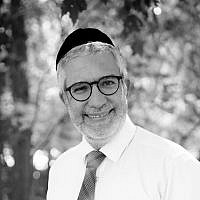 As time evolves and technology advances quickly, many questions arise regarding how Halacha (Jewish law) deals with technology.

When electricity was created, rabbis were asked about the use of it.

Among the questions asked about the use of electricity, was the use of an electric Hanukiya with incandescent light bulbs.

One of the rabbis who responded to this question was Ribbi Yosef Messas  in his book Ner Mitzvah (page 7).

In his responsa to Ribbi Shmuel Marciano, Ribbi Yosef quotes the Shulhan Aruch (OH 673,1) who rules that all oils and wicks are kosher to fulfill the Mitzvah of lighting the Hanukiya. Ribbi Yosef  quotes Rav Moshe Isserles better known as the Rama (ibid) who writes that in the Ashkenazi countries, it is customary to light the Hanukiya with wax candles since their light is clear as lighting with olive oil. Therefore,  writes Ribbi Yosef,  an incandescent light bulb is acceptable to fulfill the Hanukiya lighting since the wire filaments are comparable to wicks and the light that is created is compared to oil. Ribbi Yosef adds on something that is extremely innovative. He claims that in the third temple, the Menorah that will be lit will be electric, since light bulbs create a light that is much brigther than olive oil does and electricity represents the celestial worlds (as mentioned in the book of Yehezkel). Ribbi Yosef reconfirms his ruling in his book Otzar Hamichtavim (volume 2, 1305) responding to Ribbi Yitzhak Essebag who commented on Ribbi Yosef’s ruling that it is impossible for the Menorah in the third temple to be electric since the Torah writes clearly that it has to be lit with oil. Ribbi Yosef replies that many things will change at the third Beth Hamikdash and  quotes many sources to prove it.

Whether you agree with Ribbi Yosef’s opinion or not, I believe that there is a great message behind his ruling. The fact that Ribbi Yosef was able to come up with such an innovative idea, demonstrates  that he was an out of box thinker as rabbis at the time of the Mishna, the Gemara and later on were. Those rabbis were not influenced by anybody but rather, they were looking for the truth in accordance with the Torah.

A second example among many where we learn about the innovative mind of Ribbi Yosef, is found in his responsa book (Mayim Hayim, 2,10), where he was asked what to do if you find a mistake in a Sefer Torah. Even though many rabbinic opinions rule that another Sefer Torah should be taken out, Ribbi Yosef’s opinion is that we should rely upon the opinions that you should not take a second Sefer Torah out since there is a possibility that you will find a mistake in the second Sefer Torah as well. Furthermore, Ribbi Yosef quotes the Rambam’s opinion that when someone gets an Aliya and recites the blessing on the Torah, the blessing recited  is not on that particular Sefer Torah but rather a general blessing for thanking Hashem who gave us the Torah. Thus, according to the Rambam, even if there is a mistake found in the Sefer Torah, it is not necessary to take out another Sefer Torah. Ribbi Yosef writes that this ruling should be used especially in a case where taking out another Sefer Torah will cause people to talk and will create chaos at the synagogue.

This innovative and out of box mind was not unique to Ribbi Yosef. It was something that many of our Hachamim lived by and practiced.

Rav Ovadia Yosef ZTL was also known to be a courageous and innovative Posek (halachic ruler). In many cases of Mamzerut (illegitimate children), Rav Ovadia often found leaways of declaring the person non Mamzer by finding deficiencies in the witnesses who stood under the Huppah (wedding canopy) or in other parts of the religious ceremony, thus making the wedding  null and void. This ruling saved numerous people from being illegitimate to get married with other Jews.

In another ruling (Yabia Omer 8 YD, 12), Rav Ovadia ruled that it is permissible to give a Kashrut certification to a restaurant or a hotel that have proper separation between meat and dairy even if they serve dairy ice cream or dessert after a meat meal, because the Kashrut certificate testifies that all the food served in that restaurant is Kosher without any doubt thus making it convenient for observant Jews to eat there.  It is the choice of the clients if to eat dairy after or not and it is not the owners responsibility.

May Hashem give us knowledge, insight and intelligence to continue on in the path of these great people. Amen

About the Author
Rabbi Ilan Acoca was born in Israel and is from Moroccan descent. He is the Rabbi of Congregation Bet Yosef, Fort Lee, NJ, Rav Beit Hasefer, Ben Porat Yosef, Paramus, Rabbi Emeritus of Congregation Beth Hamidrash, Vancouver, BC, Canada and a member of the executive of the Rabbinical Council of America. Member of Metivta Sephardic Educational Center Author of the book “The Sephardic Book of Why”
Related Topics
Related Posts
Ilan Acoca