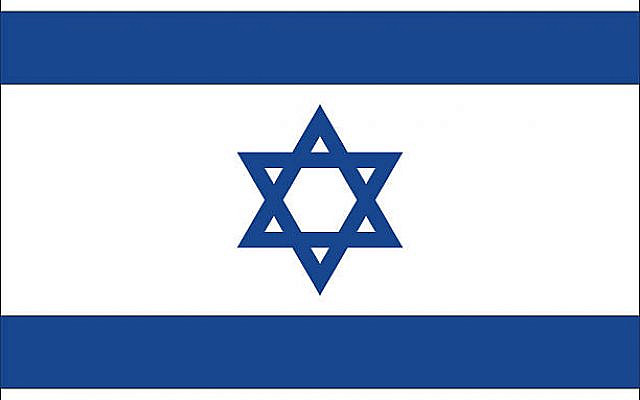 The Flag of the State of Israel

In an opinion piece by Sheri Oz, in that other English language newspaper, published April 5, 2022, we read:
Bar-Ilan University students received an email prohibiting the display of any flag in the dorms, including the Israeli flag.

On a recent visit to London, I found myself strolling past Buckingham Palace. Well, not the actual palace, that is kept way back from the public. But I was able to walk by the railings that protect the reigning monarch from their subjects. And there, in full view, was the United Kingdom’s flag – the Union Jack. This flag was once called the Union Jack only when it was flown by a British naval vessel but with the UK’s naval power long gone either name is now acceptable.

Perhaps Bar-Ilan could learn from the Royal Family. The UK has seen many waves of immigration over the years, with immigrants from countries with less than pleasant memories of British occupation. But the British, from Her Majesty down to the common citizen, are neither ashamed nor embarrassed to wave the flag and fly it from the rooftops.

Bar-Ilan should know that it is an Israeli institution, in Israel, and Israel has a national flag, of which we are all proud. If a student from abroad, enjoying a top-level education, is upset by the sight of our flag, they can look for somewhere else for their studies. I could offer them a few suggestions ………….

Meanwhile, in Nevada’s Dixie Valley, a toad, appropriately called the Dixie Valley toad, has been declared an endangered species. The toad has been living there for many years but will now have to share its territory with an Israeli-owned geothermal plant. This is only the second time in 20 years that US Fish and Wildlife Service has issued an emergency declaration. It will not be long before the usual crowd of Haters-of-Zion bring this to the United Nations – the Occupation has now spread to occupying a toad’s territory. They can add this to the more than 50 resolutions condemning Israel for anything and everything that come to mind.

I have used the flag of Israel to accompany this article. I hope that no-one will be offended.