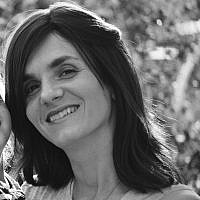 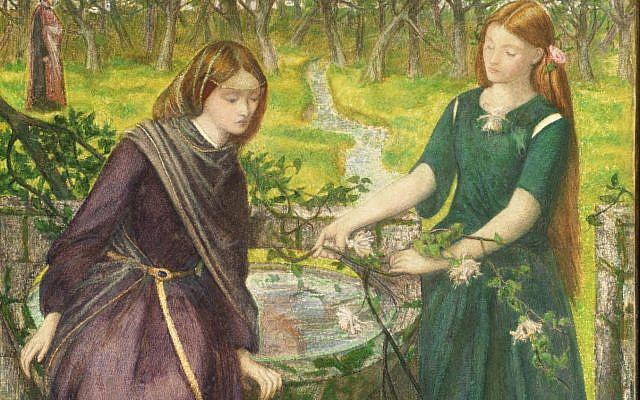 We don’t always know where we will make our biggest impact, how we will be remembered and what our lasting contributions to this world will be. Often they are not what we expect or predict.

In Parshat Vayetzei, Jacob is forced to flee his home and his brother, Esau, who wants to kill him, and find refuge with his uncle, Laban, in Haran. There, he marries Laban’s two daughters, Rachel and Leah, who, together with Abraham’s wife, Sarah, and Isaac’s wife, Rebekah, are known as the four matriarchs.

Of the four, Rachel is the matriarch most often referred to as the “mother” of the Jewish people. In Jeremiah 31:14, we read that Rachel cries for her children who have been exiled from the land, and she cannot be consoled or comforted once they are gone. Rachel will continue to shed tears for them until they return to the Land of Israel and are once again settled comfortably within its borders.

Rachel is the worried, caring mother who sits and waits and stresses about her children until they return home safe and sound. “Mama Rachel,” as dramatized in the following popular song, cries for her dear children and lifts her sweet voice on our behalf until she is confident that we are okay.

Rachel understands and identifies with the state of being in exile. She relates to the experience of not finishing a journey. Of being stopped midway. Of not being able to complete what you have started.

Rachel had dreams that were never fulfilled. She died during the birth of her second son, Benjamin, and never had the chance to raise him or his older brother, Joseph. Her body never reached the final resting place of the patriarchs and other matriarchs. She is buried by herself in Beit Lechem, on the road to Efrat, and not in the Cave of Machpela in Hebron alongside the other forebears of the Jewish nation.

Rashi (Genesis 48:7), however, says that this was God’s intention, so that when the Jewish people were exiled, they would pass her grave on their way out of Israel, eliciting her cries to God on their behalf.

Thus Rachel Imenu (“our mother”) becomes immortalized as the ultimate motherly figure who never stops thinking about her children, praying for their future and believing in their potential.

But things were not always this way. While Rachel was certainly Jacob’s more beloved wife, to whom he felt immediate attraction and connected with at the well, she was not the mother of most of his children. Her sister, Leah, gives birth to six of the 12 tribes, while Rachel and the maidservant wives, Bilha and Zilpa, have only two sons each. Rachel spends her married years jealous of her sister and in a state of despair over her situation. In Genesis 30:1, she appears to hit rock bottom when she demands children from her husband (as if he is in control) and threatens that she will die if she does not conceive.

Meanwhile, Leah, the mother of half of the tribes that will eventually make up the Jewish nation, wants only to be loved by her husband. In a striking incident several verses later, Leah is willing to trade flowers that were picked for her by her eldest son, Reuben, in exchange for an extra night with Jacob. Dr. Orit Avneri of Shalem College suggests that perhaps Rachel, on the other hand, is desperate for the flowers because she has never experienced receiving a gift of love from a child and wants so much to share in the sweetness of that act.

This tension seems to follow Rachel and Leah throughout their married lives. Rachel is the more beloved wife of Jacob while Leah is the bearer of his children. Each has what the other one can only dream of.

But then, in death comes an unexpected twist, as their roles completely reverse. Leah, who wanted so badly to be loved by Jacob, spends a lifetime together with him building and raising their family. She is the wife buried next to Jacob for all eternity. Her relationship with Jacob is ultimately seen as the deeper, more stable, more productive and longer lasting one. Perhaps it reflects a love that might take more time to develop but can be just as real and sustaining.

And Rachel, who longed for many years to bear children and who did not live to raise them, in her death becomes “Mama Rachel” — the mother of all of Israel who cries for her children and is eternally associated with them, forever wrapped up with their destiny.

On a trip to Poland with Heritage Seminars in 1998, I remember standing in what once was the huge and glorious beit midrash (study hall) of Yeshivat Chochmei Lublin and being wowed by its vastness as Rabbi Morrie Wruble spoke to us. Rabbi Wruble pointed out that we have every reason to believe that Rav Meir Shapiro, the founding rosh yeshiva of Chochmei Lublin, must have seen the building of Yeshivat Chochmei Lublin as his crowning achievement. The yeshiva consisted of a magnificent campus that attracted the brightest students from across Europe. Just to be admitted, one had to know at least 200 pages of Gemara by heart.

Anyone who has been to Poland and who has visited the campus can attest to its grandeur and to the vision of Torah learning that it must have represented. How, then, could Rav Meir Shapiro have possibly known that his greatest gift to this world was not to be the yeshiva (which closed in 1940, only 10 short years after its opening, and then later was turned into a Polish medical school, and then a hotel), but rather the institution of the daf yomi — the practice of learning a folio of Talmud every day, completing the text in seven and a half years — which shortly will conclude its 13th cycle, and which has united and inspired Jews around the world in the pursuit of Torah.

From Rachel and Leah, as well as Rav Shapiro, we learn that we do not always know and cannot always predict where we will make our mark most. It is a humbling thought. We invest a lot of time and energy into big projects in life, but often it is the smaller things that others remember most: the smile we gave somebody who was having a rough day, the extra phone call we made, the care and concern we show for others. Often, when I meet up with former students, I am surprised that the classes and moments I thought were most meaningful are not always the ones remembered, while interactions (both positive and negative) and lessons that I do not even recall are etched into their memories.

“All is in the hands of Heaven, except for fear of Heaven” (Berachot 33b).

Our choices are our own; their impact is determined by God alone. We cannot script how we will go down in history, and we would gain much from letting go of our desires to control the way life plays out.  But we do have much control over the daily decisions we make and the standards that we hold ourselves to in all of our encounters and interactions.

All we can do, at any given point in time, is make the next best decision we can; for who can know what God may build from our actions, or what role He may thrust us into next in this grand performance of His on earth.

About the Author
Shayna Goldberg teaches Israeli and American students in the Beit Midrash l'Nashim-Migdal Oz, an affiliate of Yeshivat Har Etzion. She is a Yoetzet Halacha and a contributing editor for Deracheha: Womenandmitzvot.org. She made aliyah with her family to Alon Shvut in July 2011 after working as a Yoetzet Halacha for several synagogues in New Jersey and teaching in Ma'ayanot Yeshiva High School.
Related Topics
Related Posts
Comments