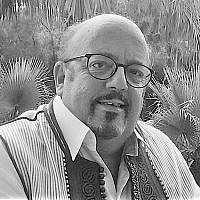 The Blogs
Raphael Luzon
Apply for a Blog
Advertisement
Please note that the posts on The Blogs are contributed by third parties. The opinions, facts and any media content in them are presented solely by the authors, and neither The Times of Israel nor its partners assume any responsibility for them. Please contact us in case of abuse. In case of abuse,
Report this post. 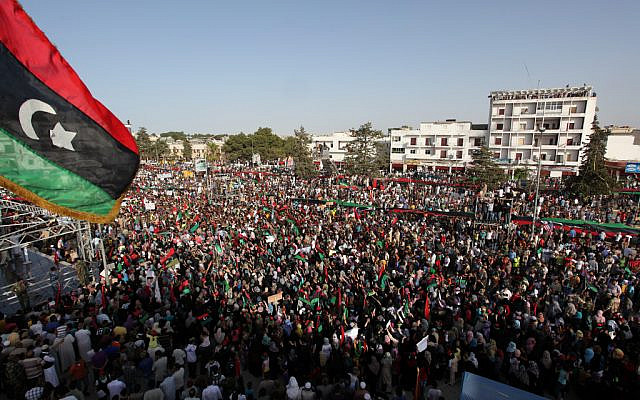 Since the Arab Spring swept away Muamar Gaddafi’s regime in 2011, Libya has almost become a byword for political instability. As Gaddafi’s regime had been in power since ousting King Idris in a coup in 1969, many nostalgic Libyans yearned for the supposed stability of Gaddafi’s reign. This is especially the case because the decade which followed was one in which the oil-rich Mediterranean nation was riven by internal strife and conflict. Perhaps this is an inevitable consequence of a society divided into 140 main tribes, and further divided into a vast number of sub-tribes.

Despite numerous unsuccessful ‘unity’ governments since Gaddafi’s fall, the situation in Libya appears unsolvable. However, this is only the case because of the persistent overlooking of the 1951 Constitution. As examined by a recent project published by the Cambridge Middle East and North Africa Forum, there is a strong argument in favour of (re)adopting the 1951 Constitution. Not only does this option represent the best means of unifying Libya’s diverse population, but in so doing it also embodies the best framework for the future foreign relations of the country. The project is best illustration to date of how the readoption of the 1951 Constitution would set the country on the right course of action for its domestic, as well as international affairs, among which the relationship the country once had with its once flourishing Jewish community should be counted.

The fact that the Libyan Kingdom once enjoyed a very warm relationship with its Jewish Community before Gaddafi toppled the monarchy is too often forgotten. It is possible, therefore, that the restoration of Prince Mohammed, the current Crown Prince and rightful heir to the throne of King Idris, combined with a constitution that protects the freedom of conscience (among other important rights protections), would create circumstances that would create a framework of domestic stability.

It is important to appreciate how dire the current political circumstances in Libya are in order to truly understand the potential added benefit of the restoration of both the 1951 Constitution and a constitutional monarchy. Libya’s political instability has most recently manifested itself in the country’s failure to meet its December 24 deadline to hold elections and elect its first president since 2011. It is predicted by a senior UN official that these elections might now be held in June, although this too is uncertain.

Libya is currently plagued by a dangerous power vacuum. This situation has seen a series of controversial figures declaring runs for the presidency which is both symptomatic and a further cause of the polarisation of Libya’s political scene in recent months. The most worrying of these are undoubtedly Khalifa Haftar, and Seif al-Islam Gaddafi, the ousted dictator’s son and one-time heir apparent. In fact, confusion over whether Gaddafi can run was a significant reason why the election was postponed in the first place.

It would be difficult to argue that Khalifa Haftar, the regional leader who controls eastern Libya and launched a military offensive to capture Tripoli in 2019, could ever unite the country. Alternatively, whilst Seif al-Islam Gaddafi might appeal to many Libyans who share a nostalgia for the stability associated with his father’s rule, his toxic surname means that he is automatically a polarising figure who is hated by many Libyans that rose up in 2011.

Whilst Gaddafi famously declared that the Libyan people should enjoy the same level of freedoms as the Dutch, his actions do not match his words. Gaddafi is wanted by the International Criminal Court for alleged crimes against humanity during attempts by the regime to suppress the NATO-backed uprising. Given that Gaddafi is wanted by the ICC, it would be difficult for Libyans to conclude that he was the ‘best person’ to represent them to the international community.

In this void, the best solution would be to restore Prince Mohammed to the throne, and to adopt the 1951 Constitution. What the country needs is someone around whom Libyans can rally. Although Gaddafi pretended that Libya was a homogenous Arab Muslim state, ignoring important ethnic, linguistic, and religious differences to the detriment of all, the 1951 Constitution and the system of government it provided for – a hereditary monarchy with a representative system of government – enjoyed broad support which still exists. The monarchy has acted as a symbol of unity and can do so again in the future. Having been in exile since 1988, Mohammed is in a strong position to remain above the fray of tribal, political and religious issues, serving instead as a uniting figurehead of Libya, and the various tribal factions in the country.

Furthermore, the readoption of the 1951 Constitution and the restoration of Prince Mohammed to the throne would also open the door to restoring the country’s relations with its Jewish diaspora. In fact, Libyan Jewish history is a forgotten tragedy; few people know of the warm relations that existed between Libya and its  once prosperous Jewish Community prior to the ousting of the King.

Libyan Jewish history extends as far back to the end of the 15th century, when, after the Inquisition, many Jews fled Spain and began settling in Libya. Jewish migration continued for centuries and by the start of the 20th century there were large Jewish communities in and around both Tripoli and Benghazi. The Jewish population of Libya had reached 30,000 by 1939. The Italian occupation of Libya from 1911 to 1943 brought contrary changes for the Jewish community. On the one hand, there were several positive developments, including improved civil rights and a higher rate of education. However, the Mussolini effect was notably negative, with the adoption of race laws in September 1938 which forbade Jews from holding permanent residences in Italy and Libya, as well as other regions.

Nonetheless, the vibrancy of Jewish life in Libya is perhaps best encapsulated in personal, and poignant accounts. There is a long list of personal stories available today which discuss Libyan Jewish history and provide a flavour of how life in Libya was before Gaddafi.

Eness Hasson, for example, was born near Tripoli in 1935 and enjoyed a serene life, growing up in a spacious, high-ceilinged house with family traditions and customs playing a central role in her formative years. She remembers that an important family routine was meeting in the central courtyard for coffee and traditional sweet biscuits. Her family spoke Italian and was heavily influenced by Italian culture.

Eness’ granddaughter remembers fondly her speech which fused Arabic, Hebrew, Italian, Ladino and occasionally a bit of English. Examples such as this, and many other micro-histories, help to highlight the cultural links that exist between Libya and the Jewish community. Given these personal, socio-cultural links, it is a tragedy that political links between Libya and its Jewish community are not stronger.

The UN’s special adviser on Libya, Stephanie Williams, has explained that the lack of institutional legitimacy is a crucial structural problem that plagues Libyan politics. This deficit of legitimacy can be overcome by readopting the 1951 Constitution, and a future King Mohammed could help to unify and stabilise a fractured country. The Constitution would create a more tolerant Libya, which could unite around a constitutional monarch. In so doing, Libya as a stable nation-state, which possesses a much lacking sense of national unity, would also gain greater legitimacy in the eyes of the international community. The best way forward for Libya is to look to the past, with the road taking us there, interestingly enough, potentially running through its glorious Jewish past.

About the Author
Raphael Luzon was born in Benghazi and is the President of the Union of Libyan Jews, a freelance journalist, as well as an expert in Libyan and Arab affairs having previously worked as the Italian correspondent for Maariv and the Israeli Radio Galei Zahal.
Related Topics
Related Posts
Comments