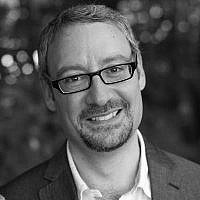 One of the first sermons I delivered was about the nature of faith. I told my congregants that faith is not a constant, that it ebbs and flows and that doubt, in the words of the great Protestant theologian Paul Tillich, ‘is not the opposite of faith, it is an element of faith.’

I was unprepared for the reaction. It was a mixture of anger and relief, obviously not by the same people. Those who were angry felt that in describing faith’s transient nature I had somehow devalued it, while the others were relieved to learn that their inner struggles with religious belief were not only normal, but an important part of the religious process. I had given them licence to doubt and it was exhilarating and terrifying.

Both reactions are the result the fact that despite the central role faith plays in our religion the nature of faith is rarely discussed. It is simply assumed. And for many the underlying assumption is flawed.

Faith is not something, that once attained, can be ticked off one’s religious checklist. It is not a proposition that simply requires affirmation. It is a living, complex, and ever changing dynamic. It is only when one sees faith in this way that doubt, far from being an obstacle, becomes an important component of living faith. Kahlil Gibran put it succinctly: ‘Doubt is a pain too lonely to know that faith is his twin brother.’

But how exactly can doubt contribute to faith? Are they not antithetical?

The Sefat Emet (Rabbi Yehudah Leib Alter of Gur, 1847 – 1905) alludes to this counterintuitive idea in a striking interpretation of Exodus 14:2-4

The Bible describes how the Children of Israel, having just left Egypt and standing at the edge of the desert are instructed by God to turn back on themselves. The rationale behind this manoeuvre is to lure Pharaoh into chasing after them so that he and his army can be destroyed in the Red Sea. 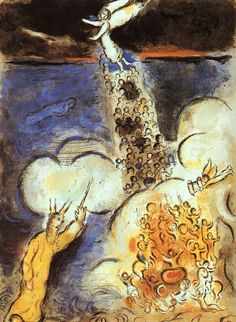 “Pharaoh will say of the Israelites, ‘They are astray in the land; the wilderness has closed in on them.’ Then I will stiffen Pharaoh’s heart and he will pursue them, that I may gain glory through Pharaoh and all his host; and the Egyptians shall know that I am the Lord.”

The Sefat Emet reads this text as a commentary on the nature of faith. Just when the Children of Israel appear to have achieved the pinnacle of faith, manifested in the exodus, they are commanded to return so as to repeat the process all over again. What the Sefat Emet seems to be saying is that faith is not so much an attainment, an end to be achieved, but rather a process. Once the process ends and one becomes secure and comfortable in their faith, it ceases to be faith and instead it ossifies into dogma. To prevent this, a person of faith must keep repeating the process by returning to the void and remerging with renewed faith. The cycle of doubt – faith – doubt – faith is of course endless.

The contemporary philosopher of religion Richard Kearney has made a significant contribution to this idea by providing us with a new linguistic and conceptual framework called ‘Anatheism.’ The prefix Ana explains Kearney, means ‘back again’ or ‘anew.’ He writes that it represents:

‘The idea of retrieving, revisiting, reiterating, repeating. But repeating forward, not backward. It is not about regressing nostalgically to some prelapsarian past. It is a question, rather, of coming back ‘afterwards’ in order to move forward again. So it is in this sense that I use the term anatheism as ‘a returning to God after God’ (Kearney, Reimagining the Sacred, pg 7).

Kearney enables us to get beyond the theist – atheist debate by suggesting that in matters of faith things are not binary. Kearney’s Anatheism, not unlike the Sefat Emet’s idea of return, suggests that within the void exists the potential of renewed faith. Anatheism contains elements both atheism and theism. There is no guarantee how one will emerge from an anatheistic moment but it is the risk one must take if faith is to be dynamic rather than dogmatic.

On the seventh day of Pesach, we read the passage in Exodus that describes the Children of Israel circling back on themselves just before the dramatic splitting of the Red Sea. It reminds us that just like our ancestors; we too must experience doubt if our faith is to develop. And that it is precisely in the darkest moments between the death of faith and its rebirth that a person of faith is forged.