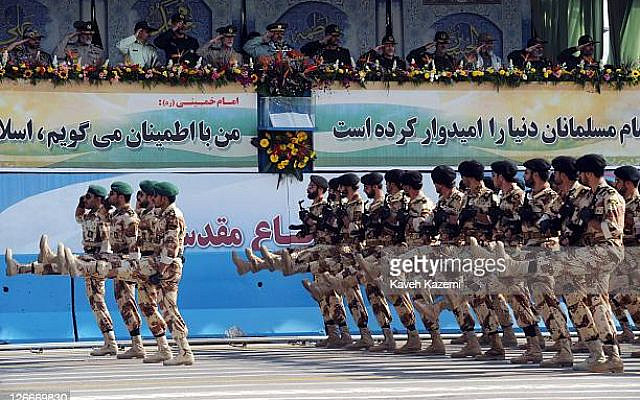 As the international community continues to negotiate with Iran over the renewal of the Iran nuclear deal (The Joint Comprehensive Plan of Action or JCPOA) it is beginning to look like an agreement may be at hand. However, if the terms of the original deal are renewed, we will be living with the same flaws of the original JCPOA. In a recent conference sponsored by a leading Israeli think tank, the Institute for National Security Studies (INSS), a fascinating panel discussion featuring key experts on Iran produced important policy recommendations for the day after a new deal is made.

The panel discussion featured Major General (ret.) Amos Yadlin, former head of Israeli Military Intelligence, and former U.S. Senator Joe Lieberman, chairman of the non-partisan policy organization United Against Nuclear Iran (UANI). Both before and after the JCPOA was completed in 2015, UANI has been relentless in educating policymakers and the public about the major flaws of the nuclear deal.

It’s important to remember that U.S. Secretary of State Antony Blinken promised that in the negotiations over the renewal of the JCPOA, the U.S would work to reach a new agreement that is “longer and stronger.” According to the original JCPOA, between years 10 and 15 of the deal the restrictions on Iran’s uranium enrichment activity would “sunset” and be eliminated. After 2030, Iran would be free to build as many centrifuges as it wants and enrich as much uranium as it wants, including at higher levels of purity closer to weapons grade uranium. This dangerous scenario would allow Iran to achieve breakout and develop nuclear weapons at a time of its choosing.

A “longer and stronger deal” would eliminate the dangerous “sunset clauses” of the JCPOA. However, Senator Lieberman made the point that by failing to enforce economic sanctions on Iran, the United States did not have the economic leverage to pressure Iran to achieve that goal.

The other key flaw of JCPOA is connected to Iran’s support for terror proxies throughout the Middle East. In what were referred to as “non-nuclear issues”, the JCPOA never addressed this threat to the peace and stability of the Middle East.

Wherever one looks in the region and sees chaos, tension and failed states, there are Iran’s proxies called the “Axis of Resistance supported by the Islamic Revolutionary Guard Corps (IRGC).” The goals of this “Axis” are to create proxy forces in order to “export the Islamic Revolution” and to use these proxies for “resistance” to the very existence of Israel.

Look at poverty-stricken Lebanon, there is the pivotal role of Hezbollah. Look at Gaza ruled by Hamas and Palestinian Islamic Jihad. Look at Iraq, you’ll find Kataib Hezbollah and Asaib Ahl al-Haq. Look at the civil war in Yemen, there are the Houthi rebels. And then there is Syria where Iran used its proxies to prop up the brutal Syrian dictator Bashar al Assad in a civil war that cost the lives of more than 500,000 civilians and created millions of refugees.

In the panel discussion, Amos Yadlin proposed an important idea that would help address a major flaw of the JCPOA that ignores Iran’s support for terror proxies. Yadlin said, “We must avoid giving Iran a free hand in the Middle East in their terror activities. To that end he recommended, “….Israel and America and our allies in the Arab countries should have a defense agreement to protect ourselves from Iran.”

Senator Lieberman agreed with Yadlin’s proposal. He said, “We have a common enemy in Iran and we are only going to stop them in the non-nuclear offensives that they carried out if we are working together. We have to strengthen and not weaken our alliances in the Arab world.”

Renewing the JCPOA without addressing Iran’s support for terror proxies would infuse Iran’s economy with billions of dollars in relief from sanctions. There is no doubt that Iran would use this windfall to reinforce its proxy forces just as they did after the 2015 deal was made.

Yet, one can imagine a defense pact that brings together the military power of the United States and Israel, the countries of the Abraham Accords together with Egypt, Jordan, and possibly Saudi Arabia. An alliance of the countries of the Middle East who seek peace and prosperity- backed by the United States- would stand united together against Iran and its destructive agenda and provide hope for a better future for the Middle East.