Just this week, there were new developments in the court case against Elizabeth Holmes, who had been described as the “Steve Jobs of the medical industry.” For those of you who haven’t been following this story, Elizabeth Holmes was lauded as the person who would change healthcare forever after she dropped out of Stanford at the age of 19 to found the medical device company Theranos. 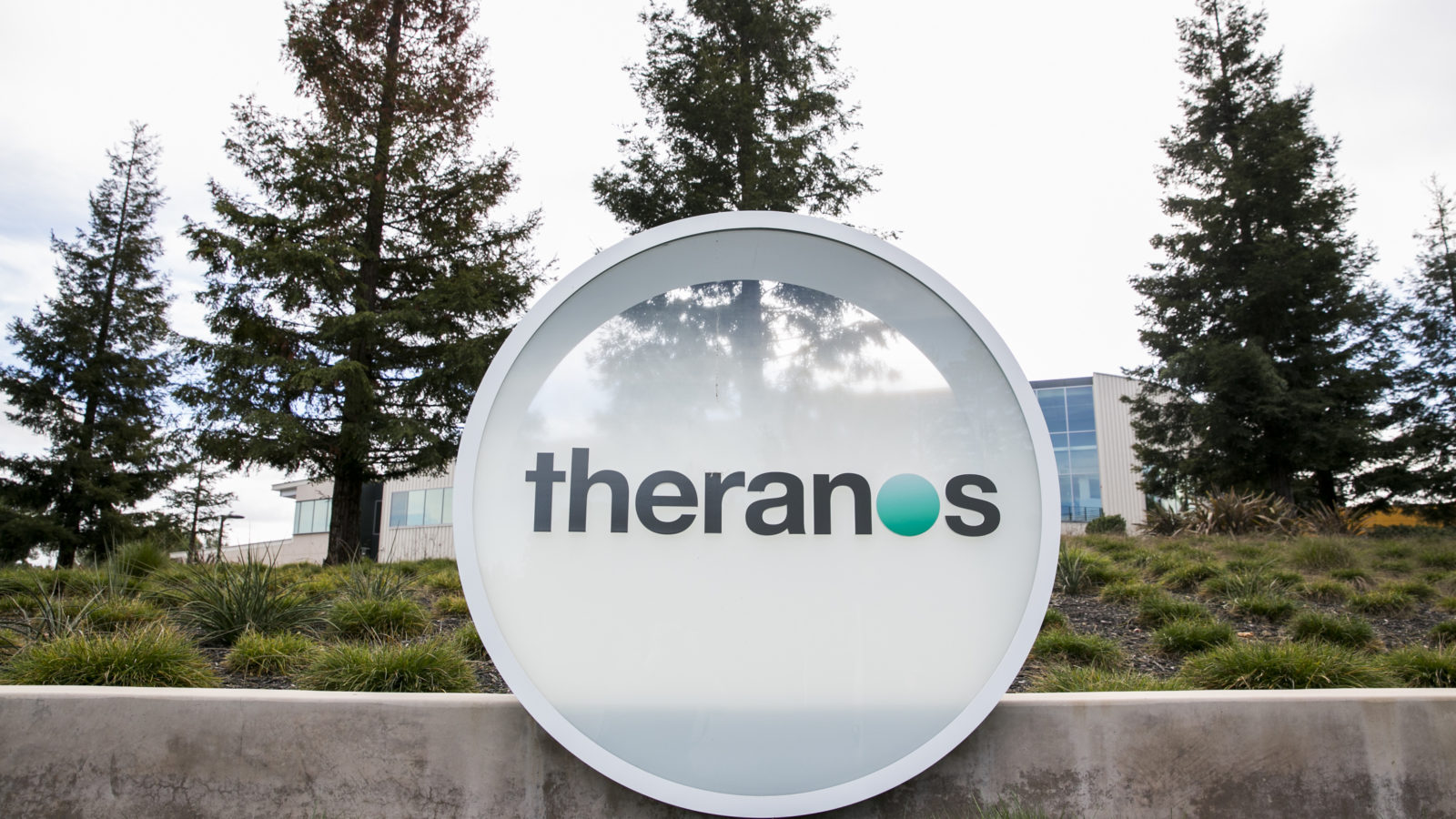 A logo sign outside of the headquarters of Theranos in Palo Alto, California on January 24, 2016. Photo by Kristoffer Tripplaar, AP.

Theranos developed a device that could — supposedly — run hundreds of tests on a single drop of blood in a record amount of time. Money was invested, deals were made, blood tests were run. Elizabeth Holmes was named a self-made billionaire based on the assumed worth of her company. The only problem was: the device didn’t work. Even as Theranos began operating their devices throughout the country, the engineers making them knew they didn’t work, but the patients relying on the results of the test had no idea. According to journalists and to the claims made against her in court, Elizabeth Holmes knowingly lied, perhaps out of an aggrandized sense of herself as invincible, or a misplaced confidence that her company would eventually figure out the technology, or out of a sense that this was the only way out of the hole that she had dug herself into. When I listen to the audio clips of her response to the outrage over her deception, she seems utterly convinced of the truth she has created. She has said “This is what happens when you work to change things: first they think you’re crazy, then they fight you, and then all of a sudden you change the world.”

Unfortunately, it seems clear that the only way that Elizabeth Holmes changed the world is by giving people false blood test results, wasting investors’ money, and defrauding health care companies that had signed deals with her. Hearing how this turned out, it is amazing to imagine that she thought it could go any other way. Like Charles Ponzi, Bernie Madoff, and many other con artists before her, she built a world out of her own lies that she thought could last forever. 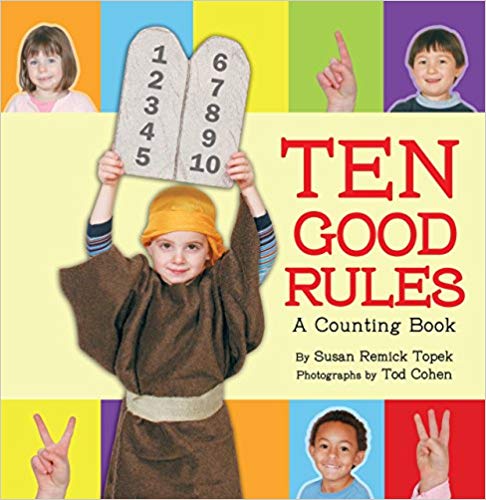 Lies don’t have to be as big as Theranos in order to be wrong. When I teach the 10 commandments, or the 10 utterances, as they are called in the Torah, to children, I often summarize the 9th commandment as “Do not lie.” However, as those of you who followed along carefully today may have noticed, it’s actually more specific than that. The 9th commandment, as we read it today in Exodus, is: לא תענה ברעך עד שקר, do not report falsely against your fellow as a lying witness. This prohibition doesn’t cover all lies– it’s specifically about the crime of testifying falsely against another person in court.

Now, there are many other places in the Torah and in later Jewish literature where we are cautioned to speak only truth, but I think a question still remains: Why is it that the Ten Utterances, which contain within them what seems to be some sort of core set of essential laws, specifically prohibits giving false testimony? Is false testimony so substantively different from other types of lies that it alone merits that central spot in our tradition?

One answer could be– no! Bearing false witness in court is not so different from other lies, and in fact, this prohibition from the Ten Utterances extends to most other types of lying. Many commentators and later Jewish authorities fall into this camp. Sforno, a 15th and 16th century Italian biblical commentator, explains how he reads the verse.  “Do not report falsely against your fellow as a lying witness: this includes spreading slander and untruthful defamation, even though it principally is about one who testifies in court.” So in other words, you can act as a witness even when you’re not in court! The moment you open up your mouth to say something about another person, you should imagine that you are in court, and take that same amount of care that you would in that case, to be absolutely truthful.

The midrashic work Mekhilta DeRabbi Shimon Bar Yochai extends this even further. It understands bearing false witness to expand beyond explicit lies, to include deception, in which a person leads another to believe something false, even without explicitly lying. If you lead someone to believe something false, you are violating a core commandment, and core piece of our covenant with God. 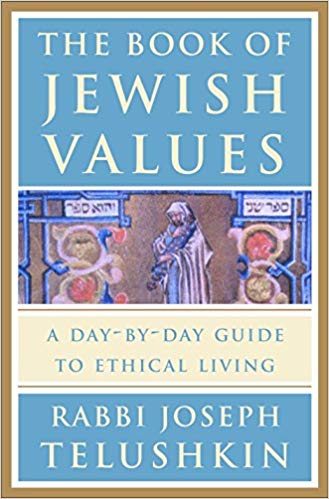 However, I think we all intuitively understand that some lies feel worse than others. In our Shabbat afternoon study of The Jewish Book of Values by Joseph Telushkin, we have discussed whether all lies are truly wrong. Last week, we read a story of a parent who reprimanded his child for making a small lie to benefit the parent. But does anyone really think that I am violating the Ten Commandments if I tell someone who is always late that an event starts at 6, when I told everyone else that it starts at 6:30?

It’s possible that the commentators I mentioned do feel that every lie is weighty. When we start qualifying the gravity of different types of lies, we can easily get into trouble. Truth is more important than the particular impact that any one lie may have. Truth itself is a value. The fact of a lie can be more damaging than the content of the lie itself.

But even if our commentators do understand there to be a hierarchy of lies, the Mekhilta DeRabbi Shimon Bar Yochai and Sforno are making a statement about the importance of truth. By saying that lies, or deception, are in fact prohibited by the Ten Utterances, they are saying that truth is essential to a just society. When we can’t trust each other, that threatens our ability to collaborate, to engage in commerce, to get support from one another. Societal bonds fail when we live in a world of lies.

However, I do want to take a moment to consider another option. What if the Ten Utterances really do consider false testimony to be in a category of its own? Rabbinic tradition actually places a lot of weight on the importance of truthful testimony. In Masekhet Sanhedrin in the Mishnah, the rabbis detail a whole process whereby witnesses are warned in advance of the importance of truthful testimony.  In capital cases in particular, the witnesses are warned forcefully about the gravity of the situation. “Perhaps you will say something that is only a supposition or hearsay or secondhand, or even from a trustworthy person. Or perhaps you do not know that we will check you with examination and inquiry? Know, moreover, that capital cases are not like non-capital cases: in non-capital cases a false witness may pay money and so make atonement, but in capital cases the witness is answerable for the blood of one that is wrongfully condemned and the blood of that person’s descendants that should have been born to them had they not been wrongfully condemned.” The rabbis go on and on at this point about the importance of life, and this is where the famous statement is found “one who causes a single person to die, has caused a world to die, and one who saves a life, has saved a world.”

When people don’t take the courtroom seriously, when they treat it as yet another place where they can say what is expedient to further their own needs, this erodes the ability of the system to do its job. Courts are meant to achieve justice, and lying in court manipulates that system, using it for one’s own purposes rather than for the good of society. When the justice system becomes an engine of injustice, we’re all in trouble. And in that way, a lie made in court can be much more dangerous than the same lie in another context.

I want to return to one specific word in the 9th commandment. לא תענה ברעך עד שקר. Do not report false testimony against your fellow as a lying witness.  רעך, the word for fellow, is the same word used in another famous biblical command, ואהבת לרעך כמוך, love your fellow as yourself. The Torah reminds us that when we lie, to anyone, the impact of that lie goes far beyond ourselves. If we lie to our fellow humans, we erode our connection to them, and we fail to treat them with the dignity and respect that we all deserve from each other. When you see someone as your fellow, that is a person you should love, not manipulate, and that should make it harder to lie to them. May we all see our fellow humans truly as our fellows, and may that lead us to treat each other with the truth that we all deserve.