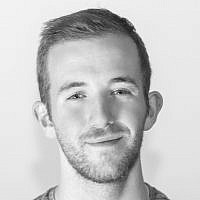 The Blogs
Dov Guggenheim
Apply for a Blog
Please note that the posts on The Blogs are contributed by third parties. The opinions, facts and any media content in them are presented solely by the authors, and neither The Times of Israel nor its partners assume any responsibility for them. Please contact us in case of abuse. In case of abuse,
Report this post. 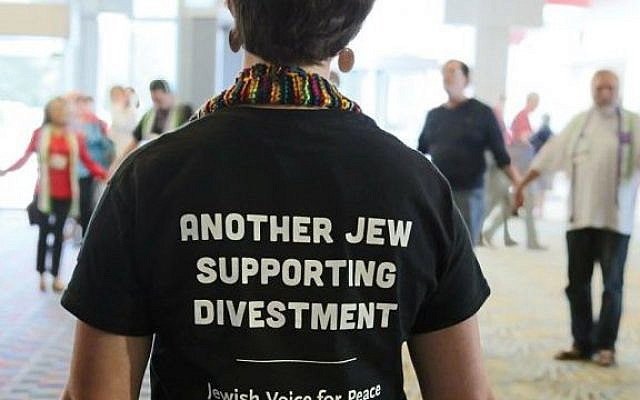 It isn’t often that students in Israel get to learn about the struggles faced by Jewish and Zionist students on college campuses abroad, from one of the leading experts in the field. CAMERA on Campus is proud to help address this issue, by hosting world-renowned journalist and author, Ben-Dror Yemini, to a student-organized event at the Hebrew University of Jerusalem on January 13th. Mr. Yemini will discuss the BDS movement currently plaguing college campuses in the US, as well as his new book titled the “Industry of Lies,” which describes, in deft detail, the systematic spread of misinformation about Israel. I had the honor of speaking with Mr. Yemini before the event to get his take on the issues.

Students, Mr. Yemini explained, get their information from two main sources: media and academia. Unfortunately, these institutions have repeatedly been caught red-handed intentionally lying and promulgating “Fake News” surrounding Israel and its conflict with the Palestinians. BDS and other expressions of anti-Zionism often employ these very same tactics for their own political agenda, by spreading lies to uninformed and unsuspecting targets, for the sole purpose of demonizing and delegitimizing Israel.

None of this is new, however. Misinformation, “Fake News”, and brazen lying have occupied their fair share of news headlines in recent years and have been the center of numerous studies conducted worldwide.

There are many reasons as to why this “Industry of Lies” continues to thrive. Aside from social media platforms allowing information to flow faster and further than ever before, there is the simple fact that Antisemitic lies and tropes, such as Jews running the world, represent some of the oldest and most established examples of the “Fake News” phenomenon.

The question is, how does one effectively combat this phenomenon?

First and foremost, according to Mr. Yemini, we must realize who it is we are talking about- who are the most susceptible targets for campaigns of lies against Israel?

Die-hard Zionists, and their counterpart die-hard anti-Zionists, will most likely not have their minds changed or be affected by faulty media sources or biased professors. The people who are “in the middle”- those who do not possess detailed knowledge or have yet to cultivate a coherent and steadfast opinion about Zionism and Israel- are the most probable and susceptible targets of these campaigns. The American organizations known as Jewish Voices for Peace (JVP), an anti-Zionist coalition of Jewish and non-Jewish BDS supporter 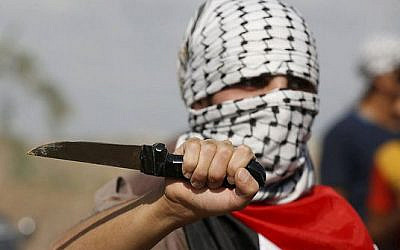 s, as well as Students for Justice in Palestine (SJP), an anti-Zionist, pro-BDS organization, are frequently on the forefronts of such campaigns, and smear the name of justice and truth with their misinformation efforts.

How do they succeed in this endeavor? By hiding behind the guise of human rights, thereby creating a dichotomy that portrays anyone who dares disagree with them as an opponent to human rights. In truth, this is a cheap tactic that harms legitimate movements for human rights and national self-determination. As such, these “human rights activists” achieve the exact opposite of what they set out to do in the first place. Similarly, they attempt to co-opt Jewish phrases like “Tikkun Olam” (fixing of the world), when their goals are anything but Tikkun Olam.

Misinformation is not just utilized for spreading lies related to Israeli governmental policies, of course, but also for misrepresenting and omitting important historical facts- as long as it serves their anti-Israel goals. Rarely, as Mr. Yemini stated, does a pro-BDS group recognize the Jewish Naqba- the expulsion of Jews from the Middle East and North African- who have yet to receive reparations from their former home countries.

The best antidote to misinformation and lies, naturally, is the truth. It is vital that everyone, especially students and activists, be well informed and well versed in facts. A central thesis of Mr. Yemini’s book is that people who familiarize themselves with the facts will not support BDS or view it as a champion of human rights.

The thriving marketplace of ideas regarding all issues related to Israel encapsulates the Jewish tradition of critical analysis and “Makhloket” (arguing for the sake of truth). Yet, this very same marketplace of ideas and democratic debate allows the anti-Zionists and “Industry of Lies” to flourish as well- they just add a little bit of ignorance and malice to the existing infrastructure. The only way to combat this “Industry of Lies” is to be armed with the truth.

About the Author
Dov is a student in Hebrew University (Business Administration and Philosophy-BA) and is also working at the Bank of Israel in the Foreign Exchange department, following a one year stint at the Jerusalem Institute of Policy Research as a research assistant and numerous data, research, and finance positions in various political frameworks. Additionally, Dov helps raise funds and awareness for MS research together with the MS center at Hadassah Ein Karem, which includes raising funds and running in the Jerusalem Marathon with other volunteers and going around the country to speak about life with MS and overcoming these struggles. Dov is also a "Camera on Campus" fellow and takes part and leads various activities promoting cultural and religious tolerance.
Related Topics
Related Posts
Comments