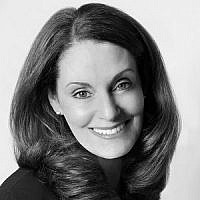 The Blogs
Randi Susan Klein
Apply for a Blog
Please note that the posts on The Blogs are contributed by third parties. The opinions, facts and any media content in them are presented solely by the authors, and neither The Times of Israel nor its partners assume any responsibility for them. Please contact us in case of abuse. In case of abuse,
Report this post.

On July 8, 2010, a group of Holocaust survivors and their descendants wrote to Facebook and pleaded with the social media giant to re-evaluate its policy of allowing Holocaust-denial pages on its site. The group explained that not only do “holohoax” pages desecrate the memory of those who perished; but that this form of speech evokes the same emotions and engenders the same feelings of anti-Semitism that fueled the holocaust back in the 1930s and ’40s.

In response to the letter, Facebook replied as follows:

We think it’s important to maintain consistency in our policies, which don’t generally prohibit people from making statements about historical events, no matter how ignorant the statement or how awful the event.”

Facebook’s response is naive and out of touch with reality. People that go onto “holohoax” pages are not there to have an academic discussion or to exchange ideas. Nor do they sincerely question whether the Holocaust actually occurred. That is a pretext. There is ample documentation proving that it occurred. Rather, these people are there to promote an agenda of anti-Semitism, to find like-minded people, and to gain a platform on the largest social media site in the world.

Facebook is a private company with terms of service to which all of its members have agreed. Facebook has set its own standards regarding allowable forms of speech on its site, and has banned many types of speech that may otherwise be allowed under the first amendment to the US Constitution. Facebook does not allow pictures of nudity or graphic violence, comments that harass, annoy, or target an individual, or hate speech. The lalter includes comments that target an ethnic, racial or religious group.

Holocaust-denial pages are designed to incite hatred. “Holohoax” pages are set up to target a religious group, in that they are based on the claim that either the Holocaust never happened, or that it was exaggerated by Jews in order to advance their own political and economic interests.  Therefore, by its own standards, and in keeping with the majority of international opinion, where in many countries Holocaust-denial is a crime, Facebook can and should ban Holocaust-denial pages and groups as a form of hate speech.

Facebook defends its policy by arguing that it provides a way for people to report comments on “holohoax” pages that violate its terms of service. Yet, it allows the pages to remain on its site as expressions of “free speech.” Thus, Facebook has drawn an artificial and misguided distinction between specific comments that target an ethnic or religious group, which it prohibits, and more generic Holocaust-denial pages, which it should, but does not, prohibit.

The feature on Facebook that allows users to report specific comments on hate pages, is not adequate to combat hate speech. First, in order for Facebook to take notice, the pages and comments must be reported by a large number of users. It is difficult to mobilize people in mass numbers to report comments on a hate page. Moreover, even if they can be mobilized, it is difficult to sustain their motivation, given the usual demands in most people’s lives, such as work and family. Along those same lines, it is very time-consuming to read through each specific comment and determine if it violates Facebook’s terms of service.

Second, given the number of users on its site, Facebook’s response time to content reports is typically very slow. It can be a matter of days or weeks before it even reads the reports. Third, once a page is removed due to offensive content, there is no guarantee that it will stay off Facebook. And since hate pages are currently allowed on Facebook, a new page usually comes up as soon as a one is removed.

Thus, in order to effectively combat hate speech on “holohoax” pages, Facebook should change its current policy and put an algorithm in place that weeds out these pages in the first instance. Not only would this solve the problem faced by its members of having to go through the time-consuming process of  reporting each comment in mass numbers. But also, it would make things easier for Facebook’s staff. It is far easier to recognize a page or group dedicated to Holocaust denial than it is to read though each comment on a given page and try to make that determination. In addition, an algorithm to remove anti-Semitic pages from Facebook will set a precedent for removing hate pages that target other ethnic, religious and racial minorities.

In light of all of the above, we hope that you sign our Care2 and Change.org petitions. You may sign both petitions — your signature on one will not invalidate the other. The petitions do ask for your contact information; however, rest assured that information is solely for petition site verification purposes. It is not shared with the public.