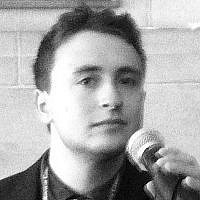 The Blogs
Joshua Freedman
Apply for a Blog
Advertisement
Please note that the posts on The Blogs are contributed by third parties. The opinions, facts and any media content in them are presented solely by the authors, and neither The Times of Israel nor its partners assume any responsibility for them. Please contact us in case of abuse. In case of abuse,
Report this post.

Like all marriages of convenience, the Likud-Yisrael Beiteinu love affair began with the best of intentions and ended in bitterness and disappointment. When the two parties decided to run on a joint list prior to the 2013 elections, they believed that by running together they could merge each other’s support, while avoiding the trappings of the ‘wasted vote syndrome’. “Wasted votes” are a side effect of the D’Hondt method, a complex mathematical formula which determines how many seats each party receives based on how many times it reaches a certain calculated number of votes. When two parties with similar views or goals compete, they aim for the same voter base; when the results come in, both parties have extra votes that do not gain either any seats. Prior to the 2013 elections, Likud held the second highest number seats in the Knesset, 27, and Yisrael Beiteinu came in third at 15; collectively they held 42. By merging, Netanyahu and Yisrael Beiteinu leader Avigdor Lieberman figured they could both maintain their previous support and win a few more seats through the combination of each other’s wasted votes.  For Likud, the alliance bore a united right wing front, gave credibility to his campaign that he could provide security and stability to Israelis, and guaranteed that his party would finish first in the elections. For Yisrael Beiteinu, it gave the legitimacy of riding along with Israel’s most mainstream and traditional right-wing party. Early on, Lieberman also seemed to field dreams of making the union permanent, setting himself up to succeed Netanyahu in the leadership. With this kind of motivation, the two parties entered earnestly, and proceeded to crash.

As it turned out, however, the dreams of a united mega right-wing bloc lived only in theory. Liberman, who had previously rallied many of Israel’s rabid nationalists, was now tied to Netanyahu and his comparatively moderate party. This muzzled him, and allowed space for a new contender to develop on the right. Naftali Bennett and his swelling Habayit Hayehudi party undermined the idea of complete right-wing unity, and found a base amongst right-wingers who were dissatisfied with Netanyahu and no longer had Lieberman as an acceptable alternative. The tone of the election and electorate was different as well. Over the past few years, the global economic unrest had hit Israel and led to social justice and economic protests over both the ridiculous cost of living in Israel and continuing government spending cuts. Voters weren’t as interested in security issues, and sought changes in domestic policy that were inherently unfavorable to the Prime Minister. Luckily for Netanyahu, escalation in Gaza a few months prior to the election allowed him to strut his stuff, and set the national agenda temporarily back to terrorism and national defense (although his response was comparatively weak in light of 2008’s Cast Lead, rallying some right-wing support to Bennett). Another lucky break came from the complete and utter chaos of the Israeli center-left, as no cohesive candidate could challenge Netanyahu as the national leader. Even with these considerations, it was a surprise to see Likud-Beiteinu tank on election night and only win 31 seats – over 10 fewer seats then they had prior to the election.

Thus, an alliance that had started with such great hope failed to live up its expectations. The merger party limped towards building a coalition, doing so successfully as a result of Netanyahu’s political experience and his competitor’s failure to organize. For the next year and a half, the signs of a breakup gleamed visibly through the tension between the two parties’ traditional bases and stances, and it was highly expected the two run would run separately in the next round of elections. However, did anyone predict a breakup now, during a period of great tension within the coalition and between Jews and Arabs all across Israel and the occupied territories? The political divorce of Likud and Yisrael Beiteinu seems symbolic, and much deeper then just disagreements between Lieberman and Netanyahu on the proper response to Hamas and Gaza. Does this breakup hint at greater tension, and perhaps the undoing of the glue holding this coalition together? This government has been stumbling between political landmines since the failure of talks in April, the Palestinian Unity government announcement, and the kidnapping of the three Israelis, which rocked the entire nation. On top of this, the political responses to growing signs of a possible third intifada led by Israeli Arab riots throughout Israel proper suggests that the current political conditions might lead to irreparable fracturing between the more moderate and radical factions of the coalition. Lieberman, who has traditionally played to the right, found his dream of becoming a grand centrist leader crushed and he dove back to save himself politically, facing repercussions from Netanyahu. He saw his political fate endangered by his association with the Prime Minister and was spooked by both the growing popularity of Bennett and Habayit Hayehudi and the crumbling government. He knew that in order to keep his faction relevant in the next election, he must act to reestablish himself as a leader of the right and distance himself from his former, much too restrained, pragmatic ally, And so, with that, he dissolved the Likud-Beiteinu union.

There have already been signs that the coalition is faltering and, with this breakup, it is now as unstable as it has ever been. It is almost too easy for a coalition of five parties to reach the tipping point and this breakup dramatically increases the chance of a collapse from the right. Yisrael Beiteinu and Habayit Hayehudi will now be at each other’s necks, pushing right in a race that will lead to demands that the cautious, pragmatic Prime Minister cannot possibly comply with because the political consequences are far too great. This leaves Netanyahu on a precipice. If he gives in to the right’s demands, the moderates, Lapid and Livni, will dart, crashing the coalition; but if he doesn’t, one of the two right-wingers will have the political motivation to topple the government and score the most points among Israel’s ultranationalists.

While the final consequences of this break may not be known until the next election, it is likely to be a life raft for the distressed, infighting Israeli center-left, who have long been in need of a lifeline. The competition between Likud, Yisrael Beiteinu, and Habayit Hayehudi may be brutal and fierce, and produce right-wing positions and promises that spook center-right voters toward more centrist alternatives. It will also even out the playing field and put Netanyahu’s fourth term at risk. The latest survey to poll Likud and Yisrael Beiteinu separately—although from May—shows the potential for this to occur, placing Likud leading at 23 seats (up three from 2013, down 4 from 2009), Yisrael Beiteinu at 9 (down 2 from 2013, down 6 from 2009), Habayit Hayehudi with 13 (up one from 2013), and a new center right party lead by former Likud Minister Moshe Kahlon surging to a strong 14 seat total. Although no one knows yet if Kahlon plans to run, or what he will run on, the splintering of the right, and the empowerment of a center-right party to catch that wind, enables moderates to define the outlook of the next government and, hopefully, make the hard decisions necessary to secure Israel’s future. Ultimately, the Likud-Beiteinu merger may have been a large nail in Netanyahu’s political coffin, finally screwed in with its untimely end and the fracturing of the Israeli right.

About the Author
Joshua is a recent graduate of The Ohio State University who majored in World Politics with a minor in Middle Eastern Studies. Joshua has been active in Israel advocacy for years, including seminars with AIPAC, the Israeli Consulate to the Midwest, and J Street U.
Comments