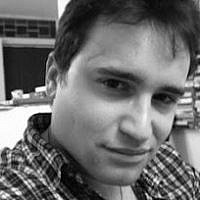 The Blogs
Benjamin Kerstein
Apply for a Blog
Advertisement
Please note that the posts on The Blogs are contributed by third parties. The opinions, facts and any media content in them are presented solely by the authors, and neither The Times of Israel nor its partners assume any responsibility for them. Please contact us in case of abuse. In case of abuse,
Report this post. 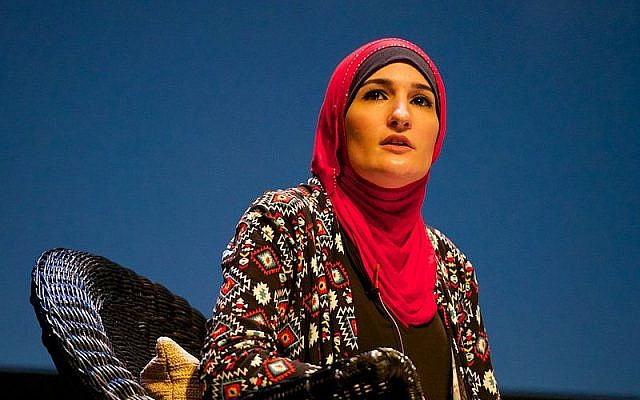 Palestinian-American activist Linda Sarsour isn’t hard to pin down. She has called for jihad against President Donald Trump, attended an event with notoriously vicious antisemite Louis Farrakhan, proclaimed “it is not my job as a Palestinian Muslim woman to educate Jewish people that Palestinians people deserve dignity and respect,” and violently slandered the ADL, which was fighting for civil rights a century before she was born. In perhaps her nastiest stunt, she openly advocated mutilating the genitals of one of her critics.

“Brigitte Gabriel=Ayaan Hirsi Ali. She’s asking 4 an a$$ whippin’. I wish I could take their vaginas away – they don’t deserve to be women,” she wrote on Twitter. Such ugly misogyny directed toward a woman who was herself a victim of genital mutilation would alone make one think that it’s Linda who deserves the “a$$ whippin.” It should also be noted that Sarsour has never completely disavowed this appalling statement, merely claiming she was young when she wrote it, which is apparently exculpatory.

But no one thus far has pointed to what may be the ugliest aspect of Sarsour’s public persona: Her blatantly racist minstrelsy.

Minstrelsy is a venerable if appalling art form. It began in the 1800s in the form of white performers donning blackface, playing stereotypical black characters such as the happy slave, mimicking African American vernacular English for the purposes of derogatory comedy, and singing bastardized versions of the African-American musical tradition.

While minstrelsy today is regarded as at best an embarrassing curiosity and at worst a shameful example of the worst of American cultural racism, many argue that minstrelsy has by no means died, as numerous white people continue to ape stereotypical aspects of black American culture, sometimes in the mass media. And this is precisely what Sarsour does on a regular basis.

At first glance, Sarsour’s racial identity would appear to be clear: She is white. Perhaps a shade darker than someone of Irish descent, but roughly the same color as your average Italian, Greek, or indeed many Jews. Certainly, she could never be mistaken for African, Indian, or Asian.

Sarsour herself has admitted as much, saying in a YouTube video, “When I wasn’t wearing hijab I was just some ordinary white girl from New York City.” It would seem, then, that Sarsour effectively considers herself white, but believes herself to be persecuted because of her religion. She is aware, in other words, that she is not a person of color.

There is substantial proof, however, that this is not the case. Indeed, Sarsour appears determined to hijack the identities of people of color as her own.

In one profile, Sarsour said she wanted to become a high school teacher “inspiring young people of color like me.” The piece notes that The New York Times called her a “homegirl in a hijab” and that black nationalist Malcolm X’s autobiography “changed her life.” It adds, “For Sarsour, being identified as a person of color ‘is important in the political climate that we are in,’ she says, ‘because it allows for us to understand where we fit in in the larger political landscape. We fit in with marginalized groups, who oftentimes are other people of color.’”

Equally telling is the fact that Sarsour has taken part in openly segregated forums. At one point, she attended an event open to “all individuals (from ages 4 and up) who self-identify as women of color” from which white people were apparently barred.

Sarsour also publicly seeks to identify herself with the African-American struggle. She has advocated strongly for the Black Lives Matter movement and, as noted above, viciously attacked the ADL for its alleged racism. When Tamika Mallory, a co-leader of the Women’s March and an outspoken fan of Farrakhan, tweeted the lie, “ADL is CONSTANTLY attacking black and brown people,” Sarsour took to her defense, calling the ADL an “an anti-Arab, anti-Palestinian organization that peddles islamophobia and attacks America’s prominent Muslim orgs and activists.”

In a noticeably condescending statement, Sarsour has expressed absolute solidarity with the black cause, writing, “We are ready to fight harder than we ever have for Black sisters and brothers including our own dear Black sisters and brothers in the Muslim community. No more sitting on the sidelines. No more empty outrage. We got you.” Putting aside its implication that black people are somehow incapable of advocating for themselves (why else would they need to be told “we got you”) Sarsour’s intense identification seems clear.

Passionate identification with a cause not one’s own is, of course, not in itself racist, but aspects of Sarsour’s behavior and rhetoric in this regard are deeply troubling.

She is often pictured, for example, giving a raised fist salute, which in America is largely identified with the Black Power movement. In addition, she repeatedly employs the term “folk” when referring to a group of people: “When folks claim I follow a violent religion but send me these types of emails,” “White folks forgot when pilgrims came here fleeing political persecution,” and “They are going after BLM activists, women’s march leaders, progressive folks, Muslim orgs and activists.”

The use of “folk” as a kind of collective pronoun is, of course, not entirely uncommon, but it is a term particularly prominent in the African-American community, and in particular black activists. The most famous work by the legendary black intellectual WEB Dubois, for example, was titled The Souls of Black Folk.

Of course, a great many non-black activists have adopted aspects of black nationalist rhetoric and iconography. Indeed, given the extraordinary influence of African-American culture, it is all but impossible for a white person not to adopt at least some aspects of it. Nonetheless, there is a line that cannot and should not be crossed. I play blues guitar, for example. I am well aware that the music I love is a black musical form and this involves all the attendant and inevitable complications. But I would never attempt to claim the black experience as my own or in any way identify myself as African-American. I am well aware of the fact that I am merely renting a room, but Sarsour appears to believe she owns the building.

Indeed, there is substantial evidence that Sarsour, for all intents and purposes, believes that she is black, or at least could choose to be so if she wished. At one event, she stated, “At the end  of the day it’s self-identification. I’m Palestinian, if I want to say ‘I’m Black,’ — I’m Black!”

This appallingly insensitive statement, which denigrates the experience of all those who have no choice but to be black and live with the inevitable consequences in a majority-white society, takes modern minstrelsy to a level beyond the personal and cultural into the political, marking a hijacking of the entirety of African-American identity.

Indeed, if there is any analogy to Sarsour, it would appear to be the infamous Rachel Dolezal, a former official at the NAACP who was exposed as a white woman posing as black. Even after her downfall, Dolezal remained unapologetic, insisting that her minstrelsy was legitimate.

“I still identify as black,” Dolezal told an audience in, of all places, South Africa, “maybe trans-black is a good compromise because it identifies that I was born to white parents but have an authentic black identity.”

The difference between Dolezal and Sarsour appears to be only one of degree. For Dolezal, the reasons for her minstrelsy appear to be personal and cultural. For Sarsour, they appear to be personal and political. Yet something in her seems to desperately wish to be a person of color and especially an African-American. But Sarsour is white, and she will never be otherwise. In this, we can have some sympathy for whatever drives her to such desperation.

I am a Jew. It is not my place to be offended by Sarsour’s minstrelsy. That is for people of color and especially African-Americans. Nonetheless, when we are faced with a person who has made a career out of accusing others of racism, we are entitled to render our judgements when we discover that the mote in our eye is, at the very least, a beam in her own.