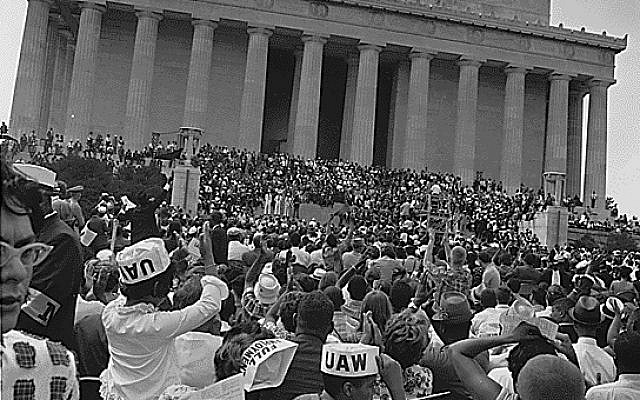 A swedish expression goes by “slided in on a banana-shell”. Little did I know half year ago where my life is heading.

I literally, without any control slided in. I did what I was told to and I did so. Without thinking, without questioning. Without reflecting and even more so being a bit naive – not knowing how my past immediate surrounding would react.

Yet, here I stand and I’ve just listened to Professor Rick Tuttle for more or less three hours. And it was mindbending, interesting and I couldn’t stop listening for even a brief second. Now – that’s a proper Zoom-meeting. Zoom is an online webinar tool that basically keeps us sane in times of disarray.

What he told us was fascinating, jaw-dropping and as one participant said – “Hey, you need to write a book about that. And make a movie – now!”.

So you might be ever-so curious about what he told us.

He talked about his involvement in the civil rights movement in the US during the 60’s. The decade of activism, social revolt and a small recognition of the afro-american population – as well as of course recognizing other minorities and their hardships.

What’s so fascinating is that he is born in 1940, graduated with a BA, an MA and a Ph. D. The two latter from UCLA in history with honors and recognition. During this time he was a civil rights activist, as I understood mostly in Misssisippi due to that state being one of the most republican-conservative and having the Ku Klux Klan being active at an uncomfortable level.

Prof. Tuttle was demonstrating, bashing officials and literally walking hand-in-hand with his fellow citizens irregardless of ethnicity, cultural background or race. They all shared the same mutual goal – equality. Total equality across the spectrum. Gender questions was not the absolute top priority back in those days, but I still read between the lines and understood it’s all connected. You all know the story of Rosa Parks.

Well – Prof. Tuttle ended up in jail, or later prison for his illicit deeds. He told us that he was in the white section of the prison. Imagine being incarcerated for standing up and demanding equality? That was the price paid then for doing so. But there was a TV on the upper floor of that prison – the upper floor was the “rich mans floor”. He heard Dr. King’s freedom speech, or at least part of it. From that day the prison guards acted differently, more humane and less degrading.

I cannot recount a ~3 hour session from a very respectable man, but it sure won’t be the last.

It’s the duty of the next generation to pass this on. On our workplaces, in our unions, on campus, in our studies. And it’s our duty to pass these absolute obvious and needed values onto future generations.

For those of you who still feel offended by this simple valuation of life, I kindly ask you to move on. I know many of you bear scars from trauma, indoctrination and outright racism. Don’t let these negatives become part of your life. Sometimes you have to let go of things. But you should never forget the lessons of history. As of now we are at a historical crescendo. This is our common battle across the globe. Let’s live through this together – supporting each other and furthermore remember how nice we were to each other.

If you’ve read this far, watch this short YouTube-clip. I’m sure most of my readers have seen it, but watch it again. That if something teaches us a lesson or two that we have to stop hating, we have to continue embrace life and we do not need to act like assholes any longer. Period.