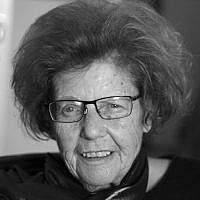 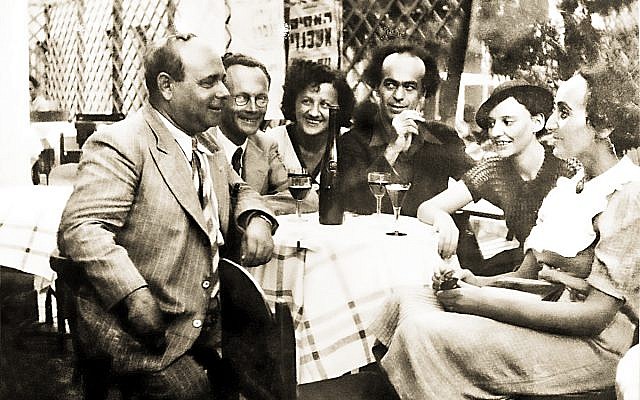 Welcome to Culture Café. And why Café? Not blog or column or spread sheet? Well, we love cafes and this blog on Israeli Culture was conceived between a cappuccino and fruit shake at Efraim’s Coffee Shop which is appropriately located next door to the Adraba Book Store, a font of wisdom, well beyond its years in Jerusalem’s Rehavia neighborhood.

Much Hebrew literature and culture has been identified with cafes, where not only coffee, but cognac and wine flowed freely.  Abraham’s tent in the desert might even be seen as our first café with Abraham scurrying around to make food fit for angels.

Closer to our own times of Zionist return, cafes provided the stage for lively, and sometimes even acrimonious discussions on literature and literary figures.  In the thirties, and forties, Tel Aviv coffee shops were at the center of  the Yishuv’s cultural life. Abraham Shlonsky,  Nathan Alterman, the longtime arbiters of Hebrew poetry, voiced their dissent from the national poet, Haim Nachman Bialik from the barricades of Cafe Sheleg Levanon, the first center of Tel Aviv bohemia in the arts. Alterman dedicated a poem to the café, which declared, “ The city sings in chorus/. But you alone are its solo.”

Casit Café on Dizengoff, became the most famous of all the Tel Aviv cafes. Here young writers and attractive women would pay allegiance to the older masters. They’d wait every Thursday night for Nathan Alterman to bring the Davar newspaper hot off the press with his “Tor Ha’shvi’i,” “The Seventh Column,” poem that set the public debate for that week.

The iconoclastic Yonatan Ratosh, sat at Bitan Cafe on Dizengoff. And when the next wave of young writers, including Natan Zach and David Avidan rebelled against the Shlonsky-Alterman school, they set up house at the Krau café.

Jerusalem cafes have also inspired writers and intellectuals, providing forums for the latest intellectual currents. The Hungarian immigrants met at Taamon on King George St., while Café Rehavia on Ramban St. and Café Hermon on Keren Kayemet in Rehavia were haunts for the German-Jewish scholars and thinkers.. Café Atara on Ben Yehuda St. bustled with journalists, writers, and artists..

In recent years, Tmol Shilshom, a coffee shop-book store behind Yoel Solomon St.in Nachlat Shiva has become one of Jerusalem’s landmark cafés. With its antique furnishings, shelves of used and new books and intimate corners to read, it is a favorite for many writers, readers, and restaurant-goers, seeking a quiet old world atmosphere.

Almost twenty five years ago, David Ehrlich, writer–owner with partner Dan Goldberg, created the café in Nachlat Shiva, one of the first neighborhoods built outside the walls of the Old City at the end of the last century. He wanted to capture the Jerusalem atmosphere he loves so much. The name of  the café, “Tmol Shilshon,” is taken from S.Y. Agnon’s book ,which is translated “Those Were the Days,” a novel about a second-aliya pioneer who ends up in  Jerusalem.

The gentle, genial Ehrlich, is himself a writer,. His literary sensibility has given Tmol Shilshom its character.  “I saw the combination as natural,” says Ehrlich. “Between coffee and books you have everything. What else do you need?” he smiles. “Some writers need a woods, some the sea, but it’s difficult to get there, so the next best thing is a cafe, a quiet place between home and work,” says Ehrlich.

Writer-mathematician Aner Shalev once expanded upon this. He pointed out that Israeli cafes were inspired by their European counterparts, the formal Viennese coffee shops with their fine pastry, and French cafes where intellectuals like Jean-Paul Sartre and Simon du Beauvoir held court in a St.Germain des Paris café on the Left Bank.

“Cafes allow the writer to be very much alone, and at the same time, feel he’s part of something,-an outsider looking at people anonymously, and an insider enjoying an intimate setting.”

Today, computers lined up next to the coffee cups, a whole new generation of creators are forging today’s café culture, often busiess and technology-oriented.

We pray they do not banish the poets from the Forum.