Just last week, I was struck by  the words of an American Rabbi being interviewed. They caught my attention because of their simplicity and profundity. They are the words of Rabbi Steve Leder of LA in which he summed up three primary lessons to be learned from the covid crisis. In my words and re-collection they are:

1. Okay is great
2. Little is enough
3. Love is limitless

If I had to choose one Jewish saying which encapsulates these three insights it would be: “Who is rich? One who is happy with what they have”. This is the advice of Ben Zoma at the beginning of the fourth chapter of that little gem of Jewish wisdom, Pirkei Avot or Chapters of the Fathers (Avot 4:1). Expressed differently, it also tells us that if you know you’ve had enough you will always be satisfied .

As with some of the most powerful lessons of life, on the surface they are almost no-brainers. It should be obvious that the hunger for more things, more wealth, possessions is insatiable. The more that we get, the more we want. The rich person with uncountable assets is not guaranteed a better, more fulfilling life than the one who has a lot less. Obvious as it is, this truth is so overlooked. We are so consumed by our consumer culture and its emphasis on getting and spending. We substitute having for being, money for meaning, competitiveness for composure.

During this past year of crisis and unfathomable unpredictability, this small lesson has become a large life-changer. It has brought the recognition and realisation that we really need very little to to be happy, to feel fortunate, to be blessed. That it’s okay to spend more time at home with your family, that having a safe and comfortable space is an enormous comfort, that having and being a good neighbour can be immensely satisfying – and that you can live meaningfully without those overseas trips…

I’m however reminded of the humorous words: you think you’re too small to make a difference… try sleeping with a mosquito in the room! It would be foolish to overlook the immense damage to lives and livelihoods caused by this little mosquito, this tiny virus. The small things can make a big difference but can also wreak havoc and hurt horribly. This was evident in Egypt during the time of the plagues that we are reading about presently in the Torah. A little louse here, a handful of dust there and peoples’ lives were cast into disarray. The Egyptian elite, magicians and priests thought that they controlled the Sun and the mighty Nile river, Pharaoh built huge palaces and monuments to display his grandeur and power. So God sends the tiniest of creatures in the tiniest of particles (the dust turns into lice) to challenge their hubris. TS Eliot put it masterfully – “I will show you fear in a handful of dust“. It is also telling that the Egyptian magicians conclude from this plague, “This is the finger of God”. A small finger gesture of God mocks the entire Egyptian enterprise. Perhaps one of the lessons of the little Coronavirus has been to remind us of our vulnerability and dependency on God and others.

With the roll-out of the vaccine, let us not forget our co-dependency and our obligations to others. The virus, to adopt the words of Joe Biden in his inaugural address, is not about any one of us, not about some of us but about all of us. We are all in this together and we have a moral obligation to ensure that poorer and smaller countries have as much access to vaccines as we do. At worst, it’s in our own interest to make sure the world becomes a safer place for all… remember Hillel’s timeless words: If I am only for myself, what am I?

The three points of Rabbi Leder run deep in our tradition. They are about gratitude and appreciation, humility and connection. Our day opens with a blessing of gratitude (‘Modeh Ani’ – thank you God for restoring my life) and ends with a prayer of humility (the prayer ‘HaMapil’ before going to sleep). In-between, it offers us countless opportunities to reach out to others, to help ease the pain and to connect with love… 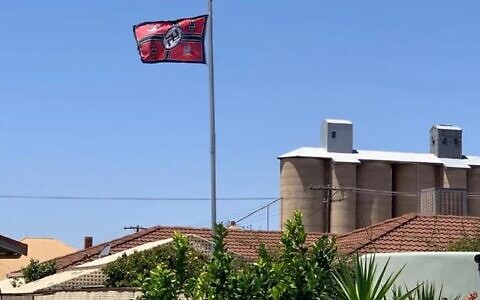 Swastikas to be banned?
Rebecca Davis 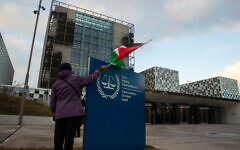 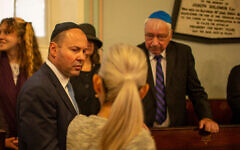 ‘Every student should learn about the Shoah’
Evan Zlatkis 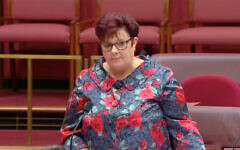 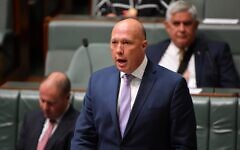 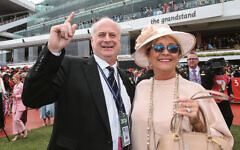