For more about Benji, visit his website or FB page.  Yesterday’s updates here.

7:31 PM  The Iron Dome had forty interceptions last night. Any more and we can start calling it “Eli Manning.”

5:24 PM  The IDF has asked us not to reveal where the rockets hit as to not give Hamas data to improve their accuracy. I am sorry to say I won’t be doing that. Hamas, I know for a fact that some of them landed in Idaho, Manchester, and Alpha Centauri. Godspeed.

4:48 PM  Israel relying on Egypt to be an honest broker with the Palestinians is like Daniel-san trusting the evil sensei to patch things up with Johnny Lawrence.

4:01 PM  Thirteen residents of Jerusalem were arrested overnight for throwing Molotov cocktails at police officers, according to Israel Police. The culprits were confused when a few passing Birthright participants caught the bottles and attempted to drink them.

3:15 PM  Due to the security situation, the 6th annual Jerusalem Woodstock Revival at the Kraft Family Stadium has been rescheduled for August 21. Those who want to get high should do so in Nachlaot as usual.

2:24 PM  Jordan calls for an end to the “barbaric aggression” by Israel in Gaza. Israel pledges to stick to hot and sexy aggression going forward.

12:32 PM  IDF hits 160 targets overnight. American olim freak out until they realize it’s not the superstore.

11:19 AM  The Arab League has called for an urgent UN Security Council meeting on the current crisis. Pending the conclusion of hostilities, the winner of that league will play the winner of the Premier League where Arsenal will destroy Syria.

10:45 AM  According to Israeli radio, the Izz ad-Din al-Qassam Brigades has released their demands, that Israel:

1) end hostilities in Gaza, the West Bank and Jerusalem,
2) release the prisoners who were freed under the Shalit deal and re-arrested in recent weeks, and
3) stop leaving the toilet seat up

10:14 AM  Does anyone know a good men-only bomb shelter in Bnei Brak?

9:45 AM  Tel Aviv residents complained at not being able to hear this morning’s siren until they realized they had to stop playing matkot first.

9:01 AM  The IDF was worried about a possible infiltration near Kerem Shalom last night. Hey, at least somebody still wants to come to Israel. BDS fail!

8:23 AM  Hamas leaders are bragging that their arsenal is bigger than we thought. Ladies, you know not to fall for that one, right?

7:57 AM  Palestinian leaders are criticizing the IDF strike which blew the roof off a local establishment. At least they can now say they have a topless bar.

7:42 AM  The latest photo in Gazan media of a “frightened Palestinian woman suffering from Israeli crimes against humanity”. Can anyone confirm its authenticity? 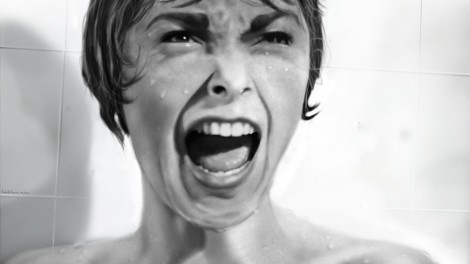 7:30 AM  To my friends around the word: thank you so much for your concern. We are hanging in there. It’s not easy but we know what we’re doing. We’ve been through this before and we know it will pass soon. All we can do is say a prayer that someday, Tel Aviv will not be so humid.

7:23 AM  New app: Tinder that finds girls with bomb shelters

6:55 AM  Wednesday morning, Arab leaders in the region called on the UN to condemn Israel for its human rights violations. Phone calls for interviews were not returned presumably because they were busy persecuting women and gays.

6:43 AM Why can’t we name wars like we do hurricanes?  “Just after dawn today, the IDF launched Operation Jennifer….”

6:33 AM  I just received my Tsav 9. It’s like a Tsav 8 except instead of being called to duty, it’s reserved for balding 39 year-old men who are highly skilled at lying in the fetal position and whimpering.

First post of the day:
Five hours of sleep later….I can’t get over how bizarre it is what I’m doing. During some very dark days, I am making jokes. Even while friends are thanking me for making them feel better, a friend reminded me that people in Gaza are dying, some of whom have done nothing wrong. I wanted to take a minute and at least try to be conscious myself of what’s happening: that this is a w-a-r and that there is real suffering, even if I don’t feel it from my little cocoon. May we get the job done with as little human suffering on both sides as possible. Please don’t any crazies respond with “but….but…..”, etc. I said let’s get the job done, I just wanted to be be human and sensitive for a moment.  Ok, let’s make some jokes.