It was a bitterly cold Monday night in December 1995, when a massive fire broke out in Malden Mills in Lawrence. The fire destroyed three buildings of the textile factory, rendering it an inoperable ruin. 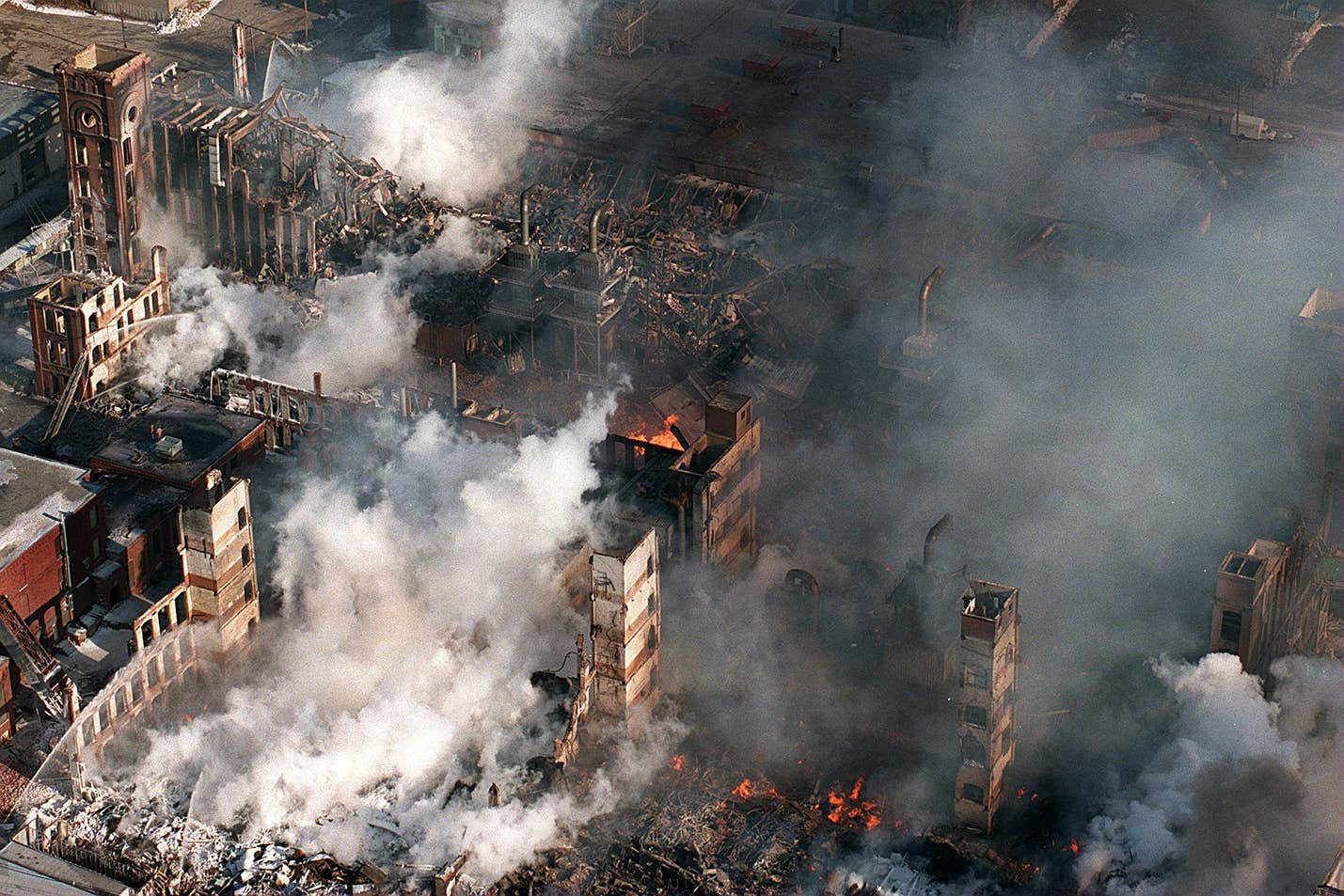 It was one of the worst fires in Massachusetts history and it seriously burned 20 employees.

It was also two weeks before Christmas and there were now 1,400 displaced workers.

This was not just an economic blow to the city, but also a psychological one. The owner’s advisors thought that the fire could serve as an opportunity to leave the upholstery business that accounted for most of the business’s revenue at that time.

Most people assumed that the City of Lawrence would lose its biggest economic driver, as Malden Mills would either close or be rebuilt somewhere else. While thankfully, no one was killed in the fire, this was to be a financial tragedy for everyone involved. 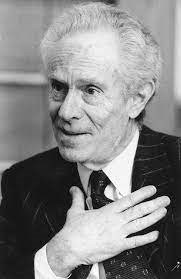 But the factory was owned not by just anyone, but by Aaron Feuerstein, an observant Jew, who embodied the values of Judaism and menschlikhkeit – being a decent and good person.

As his family’s three-generation business continued to burn the next day, Feuerstein stood next to the smoldering site and promised to rebuild.

The Boston Globe wrote: “In an era that celebrated executives whose successes were based on slashing workforces or sending jobs overseas, the stubborn Mr. Feuerstein was twice recognized by President Bill Clinton for standing by his workers. He earned a reputation for altruism after the fire when he generously continued to pay some 1,400 employees their wages and their health benefits while rebuilding the business his grandfather had started in 1906.”

Mr. Feuerstein died a few weeks ago. While I was reading his obituary in the Globe, I was reminded of the great value of doing the right thing, even when it does not help you. The rabbis teach us that we should not simply act by doing what the law requires, but “lifnim mishurat hadin,” going above and beyond the letter of law.

He modeled living a life of integrity.

This morning’s Torah reading culminates the trilogy of texts about Jacob.

While he begins his life deceiving his elder brother out of his birthright and stealing his brother’s blessing by tricking his father, Jacob changes.

Last week, we read Jacob was deceived by his father-in-law for whom he ends up working for 20 years: first, to marry Laban’s two daughters and then to establish himself and his family financially by acquiring flocks.

And then finally, this morning the narrative comes full circle as he seeks to reunite with his brother: Esav/Esau.

This reconciliation, which he initiates is a challenging, but most praiseworthy act. 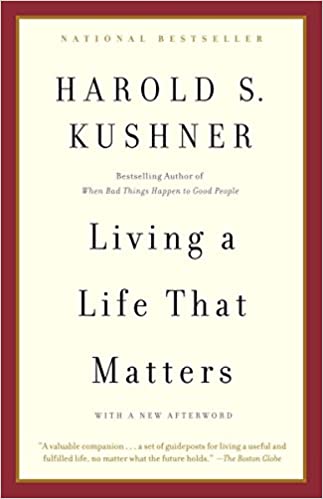 Rabbi Harold Kushner, in his pithy, but quite sagacious book: Living a Life that Matters, connects Aaron Feuerstein to Jacob, pointing us to the word “tam.”

When Jacob is born, he is called an “Ish tam yosheiv ohalim – a mild man who stayed in the camp.” This is juxtaposed with his twin brother Esav who is a skilled hunter, an outdoorsman.

But the word “tam” carries other connotations as well. It is first used at the beginning of the narrative of Noah, where Noah is called an “ish tzadik, tamim hayah b’dorotav – a righteous man; he was blameless in his age.” There, the word “tam” or “tamim” does not sound as positive since the comparison limits it; Noah was good…as compared to the other people of his generation.

Like the rest of us, he is complicated. He starts out devious and deceitful; as he grows and changes, he becomes a most compelling character. 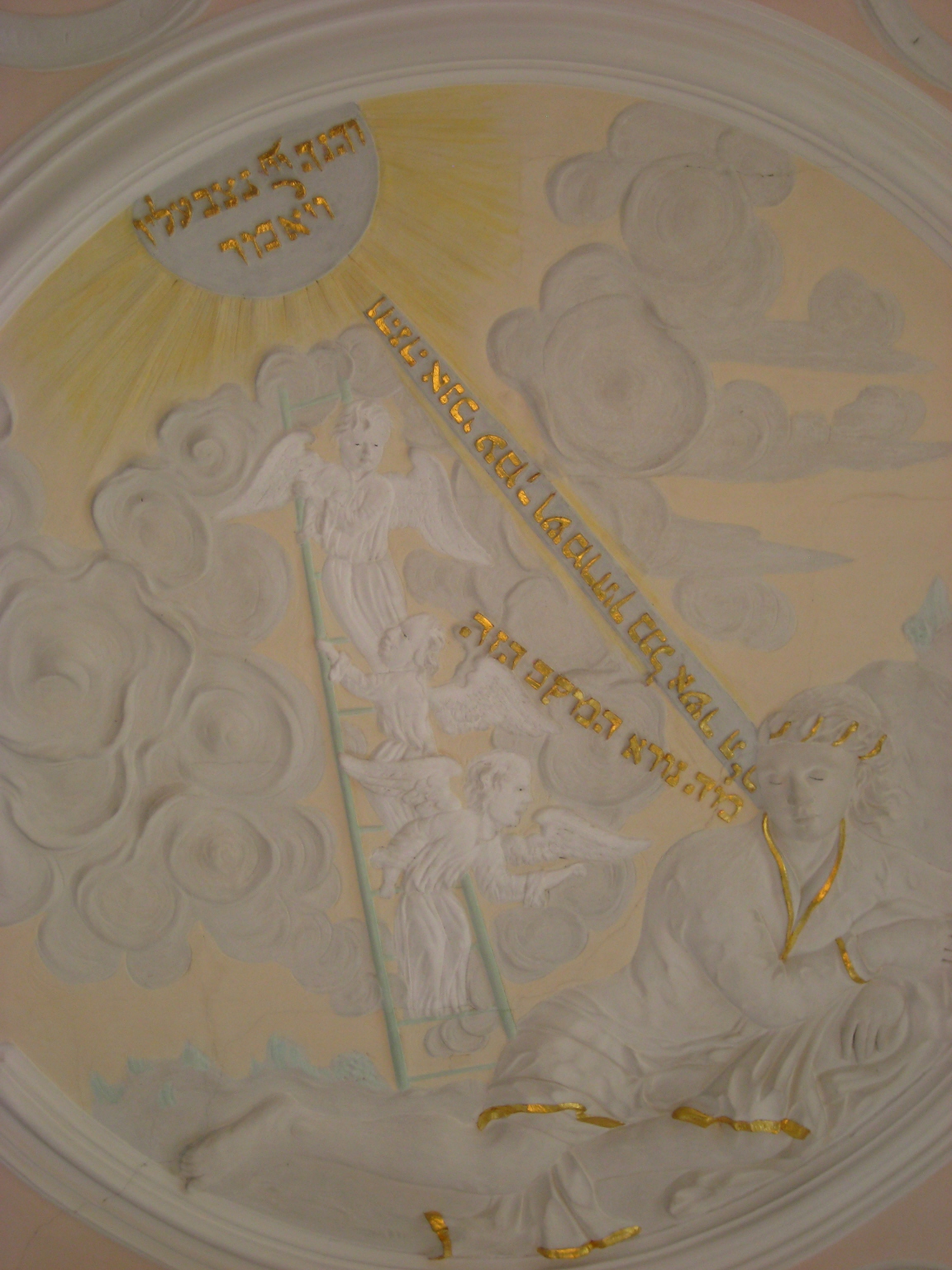 Ceiling in Monheim Town Hall: Jacob dreaming of the ladder to heaven. The sun contains the words וְהִנֵּה יְהוָה נִצָּב עָלָיו וַיֹּאמַר (And, behold, the LORD stood beside him, and said) The ray coming from heaven reads וְהִנֵּה אָנֹכִי עִמָּךְ וּשְׁמַרְתִּיךָ בְּכֹל אֲשֶׁר-תֵּלֵךְ (And, behold, I am with thee, and will keep thee whithersoever thou goest) Jacob exclaims מַה-נּוֹרָא הַמָּקוֹם הַזֶּה (How full of awe is this place!) (Gen. 28:13-17) (Image and description by EA210269 via Wikimedia Commons, CC BY-SA 3.0)

Last week, we read about Jacob’s flight from his brother. He has reached rock-bottom, finding himself isolated from others due to his overzealous narcissism; someone who doesn’t care about others. In his famous dream of the angels ascending and descending a stairway, God reassures him.

God tells him that despite his previous mistakes, God recognizes his essential goodness – something the rest of us also possess.

Jacob comes to realize what Aaron Feuerstein knew – it is not about getting ahead and simply making money at the expense of other people, life is about relationships and how we treat others.

This morning’s Torah portion records the next stage in Jacob’s development. 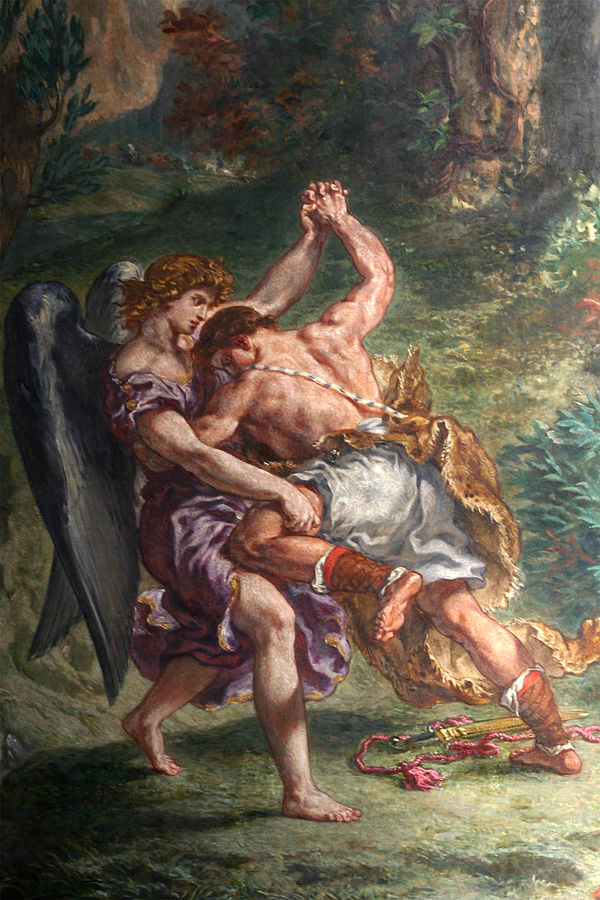 Jacob Wrestling with the Angel, detail of Fresco by Eugène Delacroix from Saint-Sulpice Church, Paris (Image by Gloumouth1 via Wikimedia Commons, CC BY-SA 3.0)

Before Jacob reconciles with his brother, a mysterious assailant wrestles with him all night. Jacob emerges from the encounter not only physically injured as he limps away, but also with a new name: Yisrael/Israel.

My favorite understanding of this mysterious assailant is that it is not an angel, but Jacob’s own conscience.  He has become more aware of himself and his actions.

The Torah teaches that his new name relates to wrestling with God and people, perhaps indicating that Jacob is now more open both to God’s ethical teachings and to the pain and vulnerability that comes with human relationships.

As we look around our world today, we see how broken it is – there are challenges all around. There is a loss of decency and kindness and concern for those who need it most.

Jacob becomes a model for us because he is not perfect – he is far from tam – blameless. But that may be precisely what enables us to relate to him more easily, as we see him learn, his transformation that occurs on his journey through life.

After Jacob reconciles with his brother, Esav and Jacob head off in different directions to settle down. The Torah states: “Vayavo Ya’akov shalem ir Shekhem – Jacob arrived shalem/safe in the city of Shechem.”

What does shalem mean?

Is it merely “safe and sound?”

Or as our Etz Hayim Commentary explains he arrives “‘shalem – in friendship’ toward the inhabitants.” Rabbi Kushner points out that Jacob has become “shalem, whole, united within himself, his internal conflicts ended. He has become a person of integrity.”

While we might not reach the heights of Aaron Feuerstein, let the model of Jacob remind us that living a meaningful life, a life of purpose, a life of relationships, a life of integrity with ourselves and others is what we should all strive for.