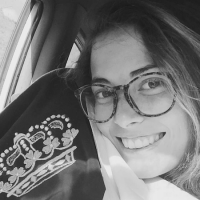 The Blogs
Nava Maiersdorf Bernstein
Apply for a Blog
Advertisement
Please note that the posts on The Blogs are contributed by third parties. The opinions, facts and any media content in them are presented solely by the authors, and neither The Times of Israel nor its partners assume any responsibility for them. Please contact us in case of abuse. In case of abuse,
Report this post. 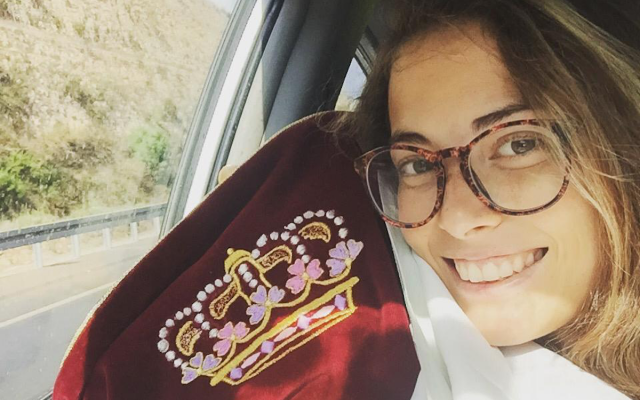 When I was in third grade we went to the Mea Shearim neighborhood for a Shabbat, where we attended a traditional Hasidic “tisch” on Friday evening. When I peeked in between the cracks of the partition in the women’s section and saw the Rebbe and the hundreds of his Hasidim surrounding him, I was enchanted. Walking back with my mother, somebody shouted out to me: “shikse“. I asked my mother: “what is a shikse“? (I know some basic Yiddish but for some reason I was unfamiliar with this word.) But my mother replied, “forget it.”

I did not understand why she said this. Why don’t the Haredim (ultra-Orthodox) like it that I am walking in their neighborhood? Why, from their perspective, am I a stranger? My mother has always said we also “tremble at God’s word” (Isa 66:5).

We also do not have a TV in our home. And I dress modestly and do not swim with boys. And we even listen to the same music. So why am I a shikse? My mother replied: “they simply view you as being different, that’s all.”

And in my heart I hoped that one day they would not see me as different. So, I tried to be like them. I went to Haredi summer camps, I spoke their language, I emulated their attire, and I even found some seminary girls who were open-minded enough to be my friend.

Subsequently, I began to act in Haredi women’s films. During that time, I could not enter the ultra-Orthodox neighborhoods without people pointing at me. Even today, some people recognize me.

Last Friday I decided to go to the Kotel. During the long line for the security check (with separate lines for men and women) I heard one of the seminary girls say: “I must see some Reform today!” I hugged my tallit strongly so that they wouldn’t see it. I began to be scared – please just let them not see my tallit. 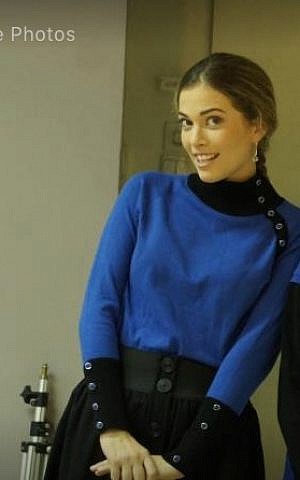 At the entrance to the Kotel, I met an old friend from the time that I was involved with the Haredi community. He said to me: “Go on in, H. is also there, say hello to him.” H. is a Haredi photographer; we worked together quite a lot back then. H. was pleased to see me among the disorderly throng and said with a smile: “but now I am against you.”

It was crowded and frightening. I decided to be supportive from afar and tried to walk over to the Ezrat Israel egalitarian section, where I could pray according to my beliefs. The rioting, however, had commenced, and there was no way to reach the Ezrat Israel section. I found a quiet corner at the furthest point from the Western Wall plaza. There I could look out upon it as if from Mt. Nebo – so far and yet so close. There were several young Haredi women there. I sat down next to them. They looked at me suspiciously and at the tallit I held. I gave them a friendly smile as if to say “leave me alone and let’s not play the game that is going on in the plaza below.”

I put on my tallit and tefillin – and they looked at me. Ill at ease, they moved about. They brought a pile of prayer books and asked: “who needs one?” Exactly one prayer book remained. I rose to take it but one young woman grabbed it quickly before I had a chance. Then I went to her and with a smile asked if I could have it (she was holding two). Disconcerted, she gave it to me. When the cantor began to chant the Kedushah prayer and I stood up, they motioned to one another as if to say: “look, she is standing up; we also have to stand up for the Kedushah.” I also felt that there had been a sort of reconciliation. There was a feeling that essentially we are a group of women praying the same prayer from the same prayer book. It was pleasant.

Then I reached the Amidah prayer, I closed my eyes and finally prayed. Suddenly I felt wet and dry objects being thrown at me. I heard the young women shouting: “leave her alone; she is praying.” When I opened my eyes for a minute I saw an angry crowd coming towards me and the police acting as a human shield protecting me. I had always admired the Haredi world’s uncompromised morality. What had happened to them today?

I tried to signal with my hand – one minute, I have to finish the Amidah prayer. The last minutes of my prayer felt like an eternity – hearing the angry crowd and feeling, deep in my heart, their pushing and spitting. I finished praying. Some good people helped me quickly fold my tallit, put away my tefillin, and rushed me across to the Ezrat Israel section. There I was alone. I was sick to my stomach. The pain only went away after a few hours. My mother’s words rang in my ears: we also “tremble at God’s word.” Suddenly, I am scared of the people whom I had admired. I am scared to listen to the Haredi radio station, Kol Hai, that I used to love, to listen to the music, and to meet the people that I had admired – for they hate me!

I have chosen the egalitarian Jewish world because I want more. I want to take upon myself more responsibilities. I want to draw closer. I see how much I have progressed as a woman and how much more we have to go. We must remember that Jewish law should progress together with faith. It should make us more moral and good, and not, God forbid, the opposite. I pray that I will be in a place where, with respect and love for God and humankind, men and women can fulfill both the commandments relating to God and those concerning our fellow human beings.

About the Author
Nava B. Meirsdorf is a rabbinical student in the Schechter Rabbinical Seminary in Jerusalem and founder of the egalitarian synagogue in Ein Karem neighborhood of Jerusalem.
Comments