I was heading back to my home in Alon Shvut with my mother in the car who was visiting from NY. I was feeling rushed trying to get back in time to get my kids at 4:30 from school. Suddenly, when I was only ten minutes away and knowing I was making great time, my friend called and offered to pick up one of my kids. Why did she think I was going to be late? She told me that only minutes before there had been a ramming at “Tzomet Hagush”- the roundabout that “ends” the Gush Etzion area, and leads towards Chevron. I told my mother what happened, very haphazardly, then we sat in the car for almost another 45 minutes. In those first few moments I realized, I could not tell her the whole truth with the questions that were going to come- and they did.

Does this happen frequently in your area? Do you ever stand at that bus stop? Should I be worried about you when I am sitting at home in America?

The answers happened to have been, “yes”, “every morning” and “no”–but as my daughterly-instincts kicked in, I responded with an “infrequently”, “once in awhile” and “NO”. The emphasis was on the last answer. No mom, you should not sit at home worried about me and my children living in what the world calls “the west bank” or “occupied territories” or “over the green line” –but what I call home.

Truth be told, considering my mom has a multi-billionaire hot shot for a President, who is running the country like a gambling match while blindfolded, I should be worrying about her from where I’m sitting. But that is another topic entirely.

My thoughts on Zionism and being a Zionist have waxed and waned over the years- but anyone who really knows me can testify that I have been a flaming “Eretz Yisrael-ist” since I was 14. That summer, I had come home from camp with two new best friends (who remain two of my closest friends today,) both who lived in Efrat and went to school in Kiryat Arba. They had just had a year of non-stop terrorism, and I heard their first account stories of their classmate’s parents, siblings, neighbors and friends that had been killed that year- all while I had been busy trying to figure out where to get the cheapest mani and pedi. Perspective hit me over the head like a brick at the ripe old age of 14 and the thought I had was: I am 14. They are 14. I am Jewish. They are Jewish. I live in USA. They live in Israel. And because they do, why do they need to suffer? I didn’t think that was fair- on their part. “We should all be in this together,” was my flooding thoughts throughout the entire next year. So beginning that summer, I already decided Israel was the one and only place a Jew should be. Through the years I got more realistic and less idealistic- but Aliyah did indeed happen at age 21, and I have been here ever since (almost!).

But living in Israel is one thing. Living in the Gush is another. I have lived in so many different places in Israel, more than most people in such a short amount of time, and I had experienced a variety of different (and polarized) views of Israel-ism and Judaism. It only made sense, after many years of trying to find my place, I would finally feel totally at home in the Gush. It has only been 9 months, but once I moved to Alon Shvut, I understood the following slogan on the deepest level possible: The opposite of fear is faith.

Even though I told my mother “NO!”, the truth is, she is correct to be worried because if she wasn’t, she wouldn’t be fulfilling her dues as a good Jewish mother. But in all truth, there is nothing to worry about. Yes, I have learned to be safe and not stupid, for example, I finally started locking my door at night, closing my windows, not driving to Tikoah at night, standing behind the “fortress” at the bus stop and not hiking on trails that are not safe. Stupid, I am not (any longer). But why was I so chilled out about these important measures of safety—even though my back yard faces the surrounding gate of the Yishuv and an Arab’s vineyard is right behind the gate? Simply because I felt so safe in G-d’s domain, that I had no fears, only feelings of safety. I have certainly learned to do Hishtadlut–aka, not be really dumb– but that hasn’t taken away from my faith.

When some cousins came to visit me a few month ago they were so scared and felt they were entering “dangerous land”. Even my though uncle admitted seeing all the soldiers standing around my area made the ambiance “intimidating”. All I could think about was how many times, within a 5 minute walk from my old Jerusalem “very safe” apartment, there had been terrorist attacks from tractors ramming people and train-stop stabbings. These soldiers? Ha! They just make me feel more safe.

A few months ago, I started working for United Hatzalah, which has been an honor and privilege each and everyday. True, the terrorist attack reports along with pictures and details do show up on my phone time to time. But do you know what inundates my WhatsApp and emails daily from internal United Hatzalah communications? Car crashes, car crashes, car crashes. Hundreds and hundreds of them. The majority of calls United Hatzalah get are from crashes; both car, bus, motorcycle, bikes and even tractors. IF there is anything to be fearful of in this country, it is the roads itself and getting in a vehicle. Statistically, the chances of something happening in a car is waaaaaaay higher than something happening from an Arab monster (and by the way, they aren’t all monsters; I happen to think my gas attendant is a really nice and refined person).

So why are people so scared? Maybe it’s because people love to “play it safe”. Maybe because of what the media feeds them. Maybe it’s because they don’t perceive danger in the right proportions and context. Maybe because they had a traumatizing experience once. Whatever the case is, the Gush is my home. I love my community, the people in it, the Shuls, schools, Chesed, love for one another and love for this land. I really, in no way, feel I am living on the dangerous side.

This past Shabbat I was reading my kids a book about a child who was “talking” in the book about living in Chevron. To quote the eight year old Schneur, “When we have guests, they’re usually afraid to walk in Chevron alone. They ask the Jewish soldiers to accompany them. But we’re not afraid. We walk confidently wherever we wish to go. Chevron is our home and nobody is afraid in their own home!” (“Schnur of Chevron” from the Young Lamplighter Series, 2015).

In that light, dare I say, one must be be smart and safe, but go ahead and live life on the “dangerous” side. It keeps one in check with the Almighty and allows constant flow of connection. It teaches children we only fear God and fear itself. It reminds someone that if there is fear, it needs to be replaced by faith. And last but not least, it teaches the world, that no one- not even terrorists- can make us be fearful of living at home. After all, nobody is afraid of their home! 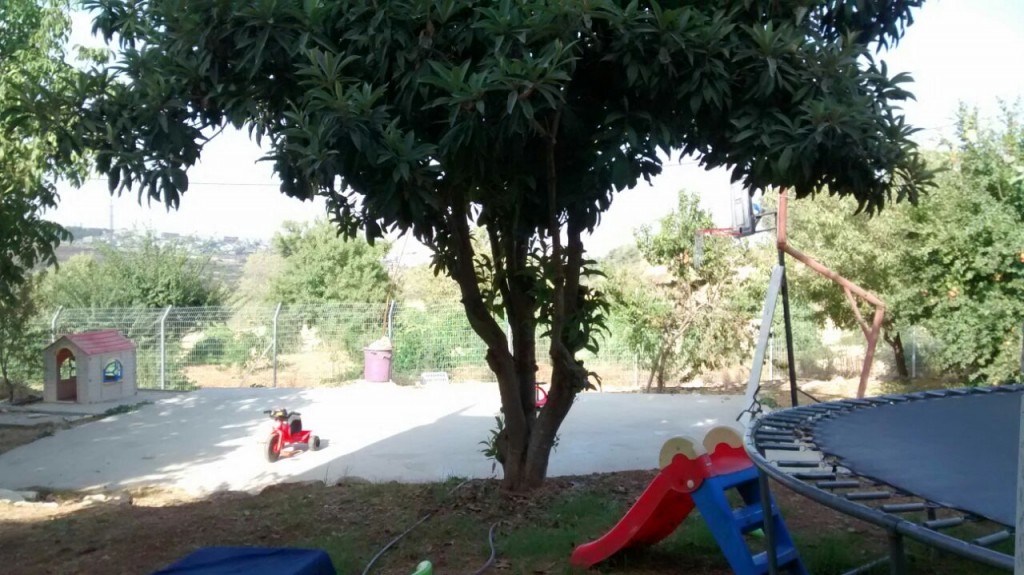