These days it isn’t an obvious destination, but if I were to write a Jewish equivalent of 100 places to see before you die, Odessa would be among the highlights.

With its reinvigorated Jewish life, set against a backdrop of unique celebration and pain, this city should be on every Jewish ‘bucket list’.

We hadn’t left the airport before seeing the first signs that Odessa is a draw for Jews.

Even when the weather is far from beach-worthy, Jews flock from Israel to celebrate Purim by the Black Sea.

Whole families were waiting in the arrivals hall of the small airport – it was not the first nor last time on our short trip that we heard Hebrew spoken in a public space.

Hostilities in the east meant the numbers coming to Ukraine dropped an average of 48 percent between 2013 and 2014, yet the number of Israelis making their way on the many direct flights from Tel Aviv dipped only 16 percent.

The city is a special place for my family. The father of my husband, David, spent his childhood here, which added a unique colour to our trip.

We visited the courtyard where the Klausners lived and took photos in front of the plaque commemorating Joseph, David’s Great Uncle.

Professor Joseph Klausner was a contemporary of pioneering Zionist thinker Ze’ev Jabotinsky, perhaps the most famous of Jewish Odessians. 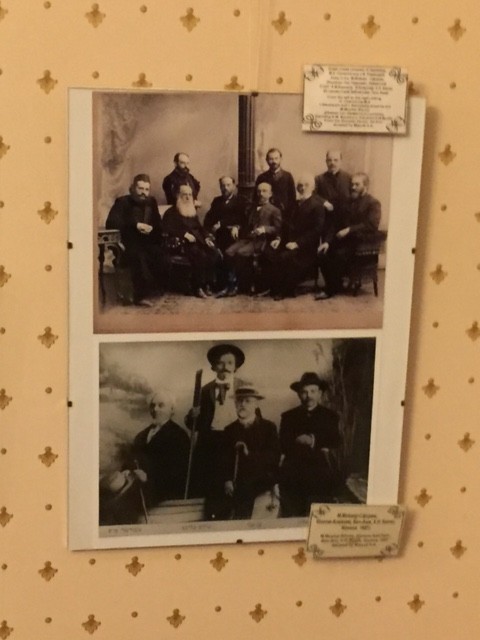 Photograph at the Jewish Museum, featuring Joseph Klausner, back row centre in the top photo

Odessa provides a quintessential diaspora story. Here the Jewish people suffered horrifically during the Holocaust, with just 600 survivors from a population of 250,000. In addition, pogroms occurred in the city at least five times between its founding in 1794 and the Second World War.

Yet the city owes so much to Jews and to the historical Jewish sites scattered among its grand buildings.

A rapid Jewish sightseeing tour on a nippy Sunday morning gave us insight into how much the Jewish people also owe to Odessa, despite our bloody past there.

Odessa was once a Freeport, a place where Jews were free from the restrictions of the Pale of Settlement – and they flocked there, thrived and took huge strides in developing Zionism.

As if to confirm Odessa’s permanent place in Jewish history, there is a sign where the Odessa Jewish Committee once sat.

Long before the state of Israel was ever established they raised money for the land on which Tel Aviv was founded and land for the Hebrew University in Jerusalem.

Above the entrance to the courtyard reads: “This is the birthplace of modern Israel”. 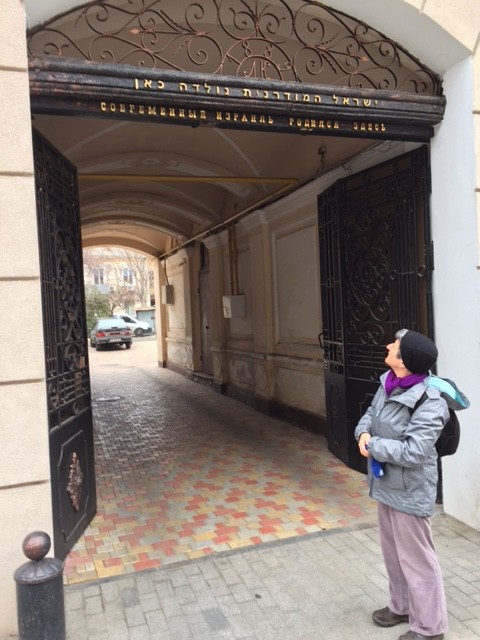 Rabbi Janner-Klausner under the sign, in Hebrew and Russian, ‘The birthplace of modern Israel’

The story of famous Odessian Jews and Zionists is told beautifully in the city’s cluttered, but engagingly arranged Jewish museum, tucked away in the corner of an unmarked courtyard.

The museum, which describes itself as ‘run by the community’ features the stories of Chaim Bialik, Ahad Ha’am, Sholem Aleichem and an esteemed selection of yiddishists and hebraists.

Odessa is experiencing a Jewish revival, and our four days in the city gave us a taste. More than 60 people attended the progressive community’s Purim celebrations, a genuine cross-generational celebration in what participants lovingly call a ‘family atmosphere’.

Just away from the centre, a thriving ORT school, 80 percent of its pupils Jewish, offers unrivalled Jewish education combined with technological expertise. 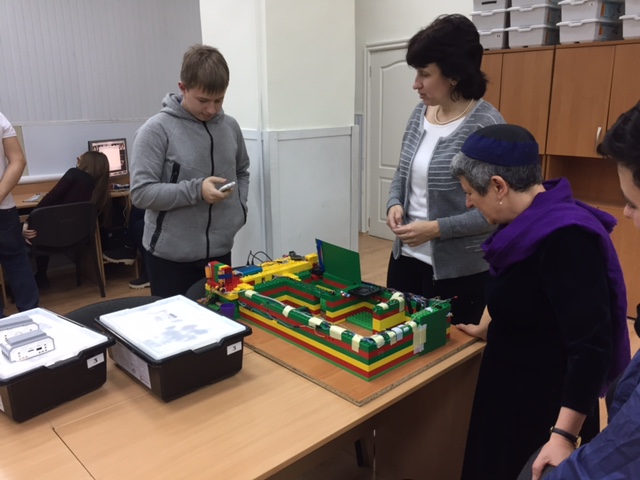 And outside a local synagogue are two kosher food stands, serving up cakes and falafel to tipsy Purim attendees.

The scene speaks to a surprisingly pronounced Jewish life.

With the city rediscovering its vibrancy, revelling in its history, and with chicken soup and borscht available on every corner, Odessa could certainly be your next Jewish holiday destination.