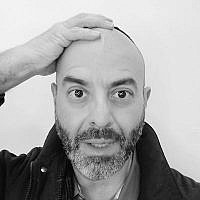 What we do in Israel? 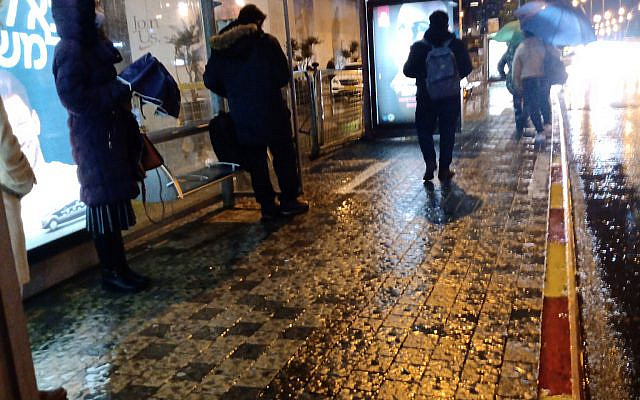 Out of work. Hope to find bus after 11 o’clock. Photo: Ricardo Silva.

I know an industrial dining room in the city of Lod. Everyday ton and a half of salad and a similar quantity of fish, meat and chicken are served to thousands of employees. The food that is left on the plates, usually a third, is thrown away. In the kitchen, at least a fifth of the containers with intact food, is also thrown away. The 9 hours work shift is too long to produce what is really consumed.

“Now, one exploit oneself and believes that he is being realized” says the Korean philosopher Byung-Chul Han. We spend more hours at work than at home, the same home with a gorgeous view of the sunset that we can’t admire, or the same home that has the fridge full of things that are going to be thrown away because we do not eat there…and we celebrate it as success.

The day care centers are full every morning from Sundays to Fridays from 7 to 4 or more if is required. There, the kids take their first steps, they say their first words, and they give their first goodbyes. They arrive asleep, in pajamas and with the warm and wet diaper that hug them all night long.

With suffering and work we take away from history this country that we deserve, but maybe we have forgotten that we are nor Germany or China. We wear our bodies, time, and talent in our business, or in our work shift. But work is not only the one that we get paid for, but family work is also important, the transmission of ideas, values, and experience is part of the Jewish identity.

All our commercial partners have Sundays as a consumerism day, planification day, a day to strengthen our family ties. We are the number one country controlling the pandemic, we are a successful experiment, we could also reimagine peace, experiment with less work, maybe on Sundays. Spend our evening, buying clothes, going to the market, reactivating the economy of the small companies, the restaurants, going to museums, to the beach, watch the footsteps of our babies on the beach, to be part of the sport activities of our kids.

Work is also to create spaces where memories can be built, memories that give sense and stability in life. We accumulate data and hours of monotonous activities that should be spent on promises, fidelity and self-knowledge.

A healthy society should run away from the accumulation of the inert and secure the habits that allow life. That´s how we have survived in the diaspora for two thousand years.

As auto diagnosis, I propose the traditional New Year’s concert of the Vienna Philharmonic, the one that was promoted in 1939 by the Minister of Propaganda of the Nazi Party, Joseph Goebbels; and that he celebrated with pride as “Jewish Free.” In 2022 Daniel Barenboim was the conductor for the third time. Maybe you don’t like Strauss music, or the political ideas of Barenboim, but the fact that the world’s most important concert, viewed by a billion people, is under the direction of a Jew, should be considered as an achievement of the existence of the State of Israel and should be an invitation to stop the routine and to celebrate, just in case you did not know.

About the Author
Journalist in Mexico for more than 30 years. I made Aliyah in 2020. I collaborate as a content creator on social networks. Director of content in the organization "El Aleph, the Jewish voice of the radio" for the education and dissemination of Jewish culture in Spanish.
Comments