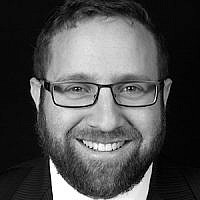 The Blogs
Rafi Lipner
Apply for a Blog
Please note that the posts on The Blogs are contributed by third parties. The opinions, facts and any media content in them are presented solely by the authors, and neither The Times of Israel nor its partners assume any responsibility for them. Please contact us in case of abuse. In case of abuse,
Report this post. 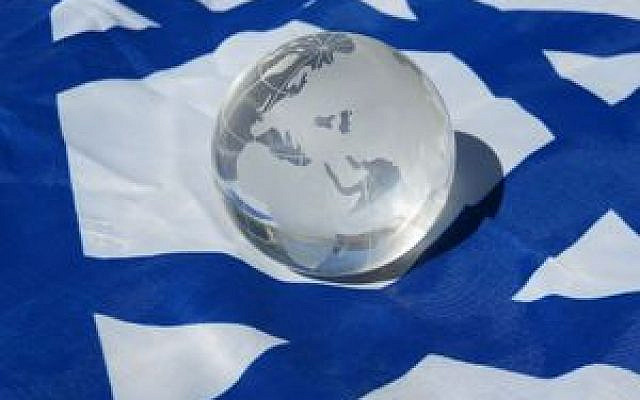 Imagine that your city was celebrating something special, I mean REALLY special, and the party planners realized that they had two options for this celebration.

Option number 1 would be to plan a whole bunch of parties in different venues throughout the city.

Option number 2 would be to plan to have the entire city come together in one big city wide celebration.

Now, obviously, there are pros and cons to both of the options, but I believe that if it was a BIG celebration, then there would be a strong desire to aim high and try and find a way to get everyone to come together for one massive celebration. That would be the ideal way to celebrate, wouldn’t it?

Now, what if it was a worldwide celebration?

As the 72nd Yom Ha’atzmaut comes to a close, I have been thinking about this celebration dilemma. On one hand, many people I spoke to today expressed to me how sad it was that we couldn’t come together in person to celebrate Yom Ha’atzmaut, and of course I understand that.

But then it dawned on me that perhaps it is not sad at all. Perhaps there is a much healthier and even more correct way to look at the situation. Maybe it is all about our perspective. After all, nothing is what it “is” but rather it is how you view it.

You see, normally, schools, shuls, communities, and cities each have their own Yom Ha’atzmaut celebrations. Beautiful as they are, they are just for them. Even in Israel, each family or community traditionally celebrates with their own barbecue, their own picnic, their own party.

However, the Talmud brings down that in Jewish law there is a principle called “B’rov am hadras melech”-Greater honour is given to a king when the nation gathers in multitudes. The idea is that if you want to do something special to appreciate a King, you bring out the masses all together.

This isn’t just a nice idea, but is actually brought down in Jewish law with practical implications. For example, when discussing the reading of the megillah on Purim, the Talmud in Tractate Megillah 3a says that even the kohanim, if they had to do the temple service, would suspend their service in order to ensure that they listened to the megillah with everyone else. True, they could have fulfilled the mitzvah on their own a little earlier or later, but the philosophy is that if you want to say thanks for the miracle, one big bash is better than lots of block parties.

That is the lens through which we can choose to see this year’s Yom Ha’atzmaut celebration as well. While normally, people are consumed with their little local celebrations, which are always nice and meaningful, this year we got to tap into a worldwide celebration. I was able to listen to some of the most inspiring speakers, hear some of the most moving personal experiences, and watch the events with people literally from hundreds of countries around the world.

As distant as our commemorations and celebrations were, I would argue that never before in Jewish history have so many people from the four corners of the world joined to commemorate and celebrate for and with Israel at once. On huge zoom gatherings, people from England, France, South Africa, India, Australia, Brazil, Germany, the US, Canada, and of course, Israel, joined as one, k’ish echad b’lev echad.

Would we ever have created the opportunity to “come together” with so many people from so many places for such special moments if not for our current situation? Would we have made time for it even if we had?

Yes, we didn’t get together in person, and, no, we didn’t get to “meet” each other, but we did feel connected, as we all directed our screens, as we do our prayers, towards Israel and Jerusalem.

It’s pretty amazing when you think about it.

Somehow, as we are all socially distanced, we managed to celebrate the largest most world-widely connected Yom Ha’atzmaut ever! There were no fireworks, street parties or carnivals, but I’m pretty sure that the greatest Party Planner ever, the One above who orchestrates all celebrations, is looking down with pride. Because nothing is better than His people, His family all coming together to celebrate His land!

About the Author
Upon receiving a Masters in Education and Semicha from YU, Rabbi Rafi returned to Toronto where he founded The House, a dynamic Jewish programming center that annually inspires over 2000 young professionals, and he currently serves as its Executive Director. Most recently he was appointed as Rabbi of Shaarei Tefillah, a synagogue quickly becoming the destination for young families from diverse Jewish backgrounds.
Related Topics
Related Posts
Comments