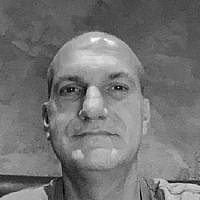 So I read an article here on the Times of Israel about how Christmas is showing up in Israel. This Shabbat will be on Christmas Day, actually. But when I read the article, I was dismayed by the materialism of it all. You know, there are a huge number of Christians in the USA that won’t celebrate Christmas. You know why? Because it pretty much never has anything to do with the Bible, or the Messiah, or the New Testament, or the salvation of Israel. It’s basically about some fat guy in a red suit who lands on your roof with a sleigh pulled by flying reindeer, who has figured out how to slide down a chimney with a bag full of presents made by elves living at the North Pole to put them under a tree lit by candles.

So the religious Jews complain that Christianity is a pagan and polytheistic influence, and we have these Christians in the USA complaining that Christmas is a pagan and polytheistic influence on Christianity. That’s just ironic enough to be interesting. So let’s take a look at why they are mad. You know Santa’s sleigh pulled by flying reindeer? It’s pretty similar to Thor’s chariot that was pulled across the sky by his goats. And presents made by elves? In the Viking Edda, Elves were a race from other worlds along with the gods. They developed out of a nature spirit concept. And the workshop at the North Pole? The Jews should know about this one. Especially if they’re familiar with the tales from Madam Blavatsky that ultimately resulted in the holocaust. There is the legend of Thule, where a master race from the North Pole lived. Blavatsky ran with that and told about a forever war between those guys and an evil race, ultimately identified with the Jews. Hitler liked those ideas. Many Christians themselves are offended by what has been done with Santa Claus himself, originally a Christian Bishop named Nicolas who was known for kindness and charity.

So the big symbol of all that is the Christmas tree. I haven’t researched it thoroughly or in a while, but some people say it was connected to the Queen of Heaven. Asherah, or Astarte. So I can imagine how a lot of religious Jews are upset by seeing Christmas trees in their supermarkets. But, you know, this Christmas will be on Shabbat. And the parsha reading for this Shabbat contains the first chapters of Shemot, the book of Exodus. And in that text we have the story of the burning bush. So, I guess when you see the Christmas tree out on the streets, well, you can get mad, and probably should in some ways. But, you can also think of it as the burning bush. God has a way flipping the script.

So this Christmas stuff is just another export of American materialism. It’s not the first I have heard of it. I was here in Belgrade during Black Friday. All the stores started offering their huge Black Friday sales and discounts, and ads for it were everywhere. A big economic boost, apparently. But nobody even knew what Black Friday was about. In the USA we have this holiday called Thanksgiving. Now that one is a real spiritual holiday. It’s about being thankful. It has religious overtones, but it isn’t connected to any specific religion, and it’s unifying, because seculars know how to be thankful too. It’s about how some Native Americans kept some European immigrants from starving to death. So people get together and eat their hearts out and think about what they are thankful for. It’s always on a Thursday. The day after Thanksgiving, however, while everybody has the day off for the Thanksgiving weekend, they run out and buy Christmas presents. Like, the big dinner with family and thoughts of thanks are over. Now it’s back to materialism. Gotta get that freaking Christmas shopping out of the way. The stores know this, and they stock inventories and offer sales because they know everyone will be anxious to get through the hell of Christmas shopping and hurry up and take the hit to their bank accounts so they can relax. That’s where Black Friday comes from. It ain’t White Friday. It ain’t Gold Friday. It’s Black Friday. The Serbians have no Thanksgiving holiday, but they sure know about those late autumn sales.

Likewise, when Jews in Israel see that tree with all those balls of energy and little twinkling lights around it, they aren’t going to know all of the intricacies of New Testament history twisted and overlayed with centuries of pagan European culture. So when they see it, they can just think of the burning bush that called Moses out of being an old man lost in a far away desert to be the agent of a special destiny. And when they see the presents under it, they can breathe a sigh of relief that they don’t have to run around going broke taking care of all that Christmas shopping. Instead, they can take comfort that God has gifts for them. A rod, like Moses had, and a Torah of mercy, justice, and love. And that they have been called out of the desert for a special destiny.