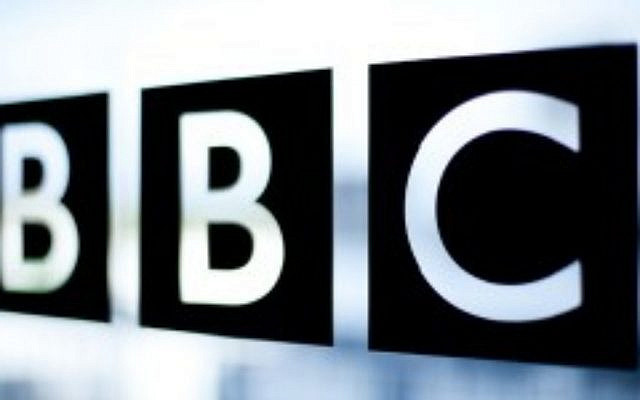 Back in May – and for much of early summer – I was preoccupied with the Balen Report which, for those who need a reminder, was commissioned in 2004 – that is 17 years ago – by the then BBC Director of News to review the BBC’s coverage of Israel following persistent complaints from the public and the Israeli government alleging persistent anti-Israel bias in its news reports.

The report was compiled by Malcolm Balen, who was then an executive editor at BBC News. After examining thousands of hours of the BBC’s coverage of the Israeli-Palestinian conflict, Mr Balen produced a 20,000-word document known as “The Balen Report.” Despite lengthy legal wrangles, petitions and Freedom of Information requests, the report has never been made public. According to Wikipedia Mr Balen remains a “senior editorial adviser to the BBC.”

While some dedicated campaigners had not forgotten the Balen Report which for 17 years, the BBC has wriggled and weaselled its way out of revealing, many had – including me – until fresh interest was sparked in it by the Dyson Report into the so-called “Martin Bashir Affair” which, in my view, should more accurately be known as the “BBC’s Astounding 26-year Cover-up.”

But now, prompted by the very belated reply from BBC Director-General Tim Davie to my MP, Theresa Villiers, who wrote to him following my request for her intervention in trying to get the Balen report published, I am now back to again badger the BBC over Balen. After so many serious and eminent campaigners have failed at this, I have very low expectations. But at the very least perhaps I can give a few BBC News executives a few sleepless nights by reminding them that – as Lord Dyson’s report on Bashir proved – time alone is no guarantee of being home free from scandal or opprobrium.

Mr Davie’s reply to Ms Villiers MP is, of course, disappointing but also revealing and in some ways, mildly entertaining

After the usual courtesies, Mr Davie writes that he has “consulted with colleagues” in the Information Rights team and in BBC News, who had “considered previous requests to make the report public.” The position, he states, “has not changed” and they are still “unable” to publish.

He then wrote that in 2012 the Supreme Court “held that the BBC was entitled to withhold the report on the grounds that it is held for the purposes of journalism – an important protection for our editorial independence.”

As all who speaks English as their first language will instantly spot, that is a portentous-sounding string of words but not actually a sentence, and basically meaningless. The words have been carefully chosen to suggest that something sacrosanct is at stake – i.e. the BBC’s editorial independence. And as those who knitted the words together know, editorial independence is the “live rail” in judicial dealings with media and a concept a Supreme Court judge would not dare to meddle with.

After pointing out that the BBC’s “continued withholding” of the Balen Report had been “upheld” by the Information Commissioner and an Information Rights Tribunal, Mr Davie continued: “The Tribunal accepted the BBC’s evidence that the Balen Report continues to inform the BBC’s Middle East journalism and that disclosure would be damaging to the BBC’s journalistic function if disclosed and taken out of context”

At the very least, the idea that “the Balen Report continues to inform the BBC’s Middle East journalism” suggests that, at some point, the BBC’s Middle East coverage had required, ahem, some adjustment. And if that is the case, disclosure is more likely to be damaging to the BBC’s reputation than to any “journalistic function.”

the truly exquisite irony of the phrase:  “…if disclosed and taken out of context….

I would also like us all to consider the truly exquisite irony of the phrase:  “…if disclosed and taken out of context….” Oh, hahaha; that a news organisation which has so often failed to provide crucially important context or background in its coverage of Israel should be fearful of being condemned over a failure to include context is too delicious. And I’m guessing it’s not just Israel where context is neglected, but probably in other stories where inconvenient facts are ignored in the interests of promoting a particular narrative.

With this letter to Theresa Villiers, we begin to see how the BBC has managed to keep Balen under wraps for so long, by employing – I can only assume – the same strategy that it employed with Martin Bashir: obfuscation, delay, producing momentous-sounding but meaningless word-salads and throwing around lofty phrases like “journalistic function” and “editorial independence.”

Lord Dyson, the Jewish community of the UK needs you now.

Every UK citizen should be able to see this report, to understand how BBC bias may have influenced their world-view. But most of all, every member of Britain’s Jewish community deserves to see this report to understand how the biased reporting of Israel; the cabal of overtly pro-Palestinian correspondents; the failure to provide context when context was vital and a slew of other deficiencies and failures by the BBC, have almost certainly contributed to the rise in antisemitism in the UK.